Dogecoin price is set to destroy long-term investors' morale in the coming weeks.

Dogecoin price could decline in free-fall action as the technicals indicate an unfolding wave three within the bearish downtrend. The bears managed to print a large bearish engulfing pattern on May 11th, which is now the largest candle within the entire downtrend. Traders reading the bullish hammer on the 12th as a bullish entry signal should consider zooming out and re-evaluating the macro trend.

Dogecoin price shows a classic ramping pattern in bearish favor on the volume indicator. The lack of volume coming in after the hammer on the 12th also hints that the current uptrend is more than likely a corrective structure to connect the next declining impulse. If this Elliot Wave thesis is correct, the bears could finally breach the historical trend channel, which analysts have warned of for several months. The strength of the current bearish impulse could send prices to $0.02 in the coming weeks. 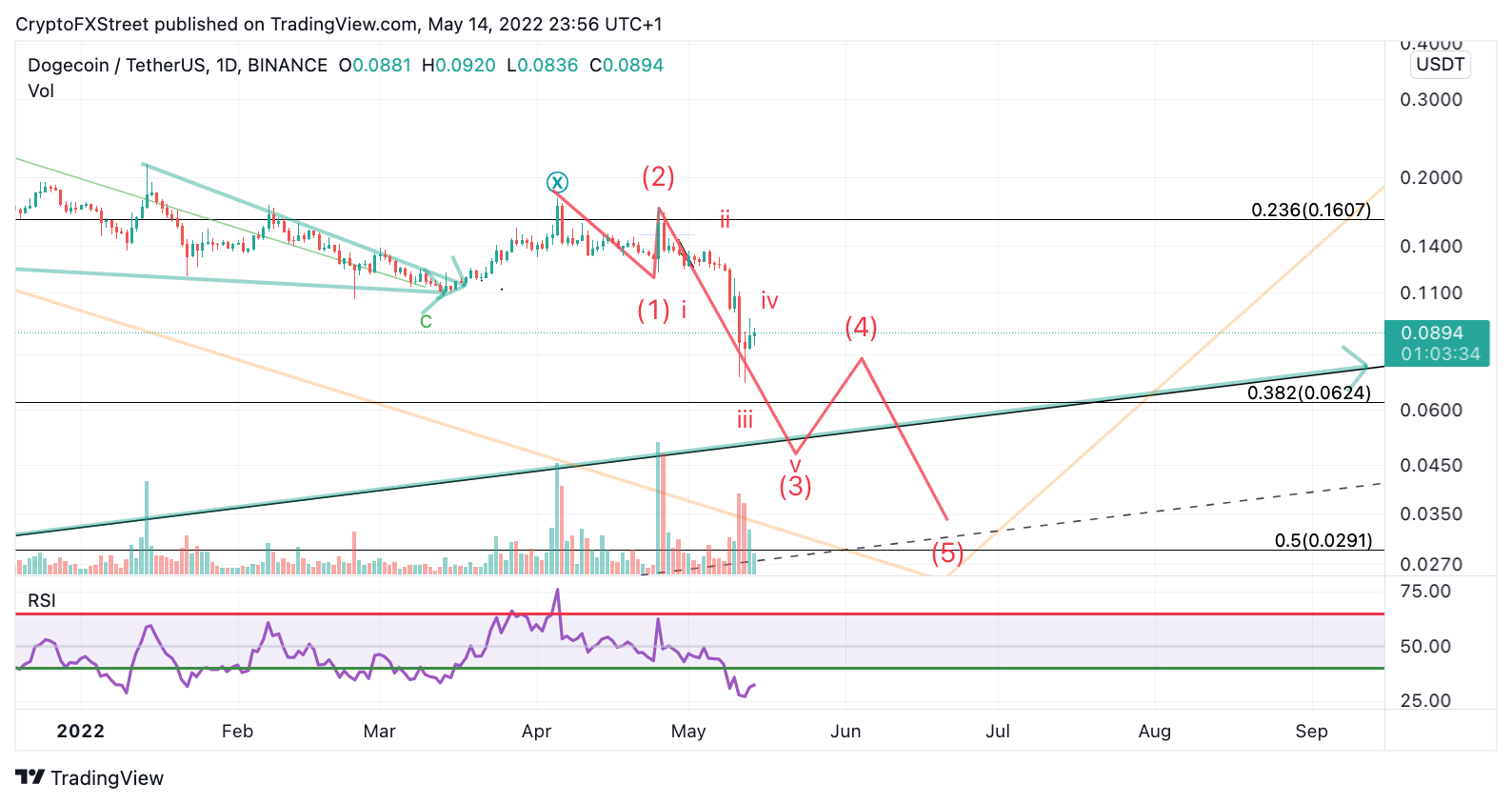 Invalidation of the current downtrend is a breach at $0.115. If the bulls can breach this level, then the DOGE price could rally back to $0.14 and $0.16, resulting in up to a 100% increase from the current Dogecoin price 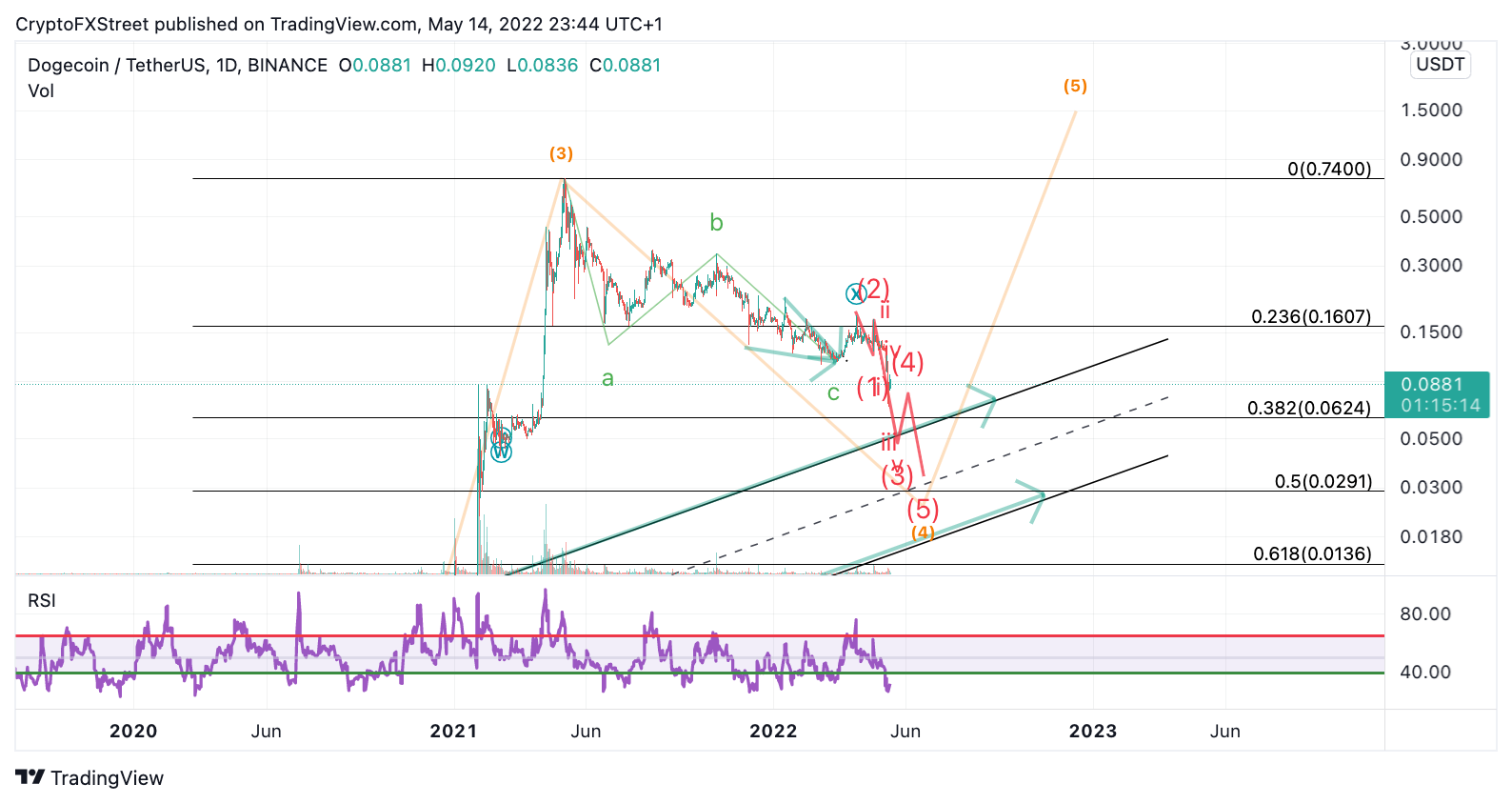