Dogecoin price is coiling up above a stable support floor after a brief retest. However, DOGE is likely to retrace lower before a new uptrend kicks in.

New York Attorney General Letitia James shut down Coinseed Inc., a cryptocurrency exchange. The reason behind this decision comes as the company converted the customers' funds into Dogecoin and alleged that it violated the Martin Act.

On September 9, the court issued an order to pay $3 million in fines, shut down the exchange, and appointed a permanent receiver who will control the exchange’s websites and protect investor interests.

This action from the authorities comes after receiving many complaints in February where users’  accounts holding multiple cryptocurrencies were converted to a highly volatile meme-themed crypto DOGE.

Dogecoin price prepares for a run-up

Dogecoin price rose 5% over the past 24 hours after briefly tagging the $0.230 support floor. While this retest is bullish, the pullback is far from over. There is a high chance DOGE might slice through this barrier and retest the $0.213 demand zone before kick-starting a new uptrend.

Regardless of where it bounces off, DOGE is looking at a climb to $0.308. However, this ascent is not without hurdles.

Assuming Dogecoin price starts its new leg-up from $0.230, it will encounter the $0.256 and $0.268 resistance barriers. Flipping these ceilings into platforms will open the path for a retest of $0.308.

Further increase in buying pressure will push the meme-themed cryptocurrency to $0.308, constituting a 30% ascent.

In some cases, the Dogecoin price might extend this upswing to the next barrier at $0.328. 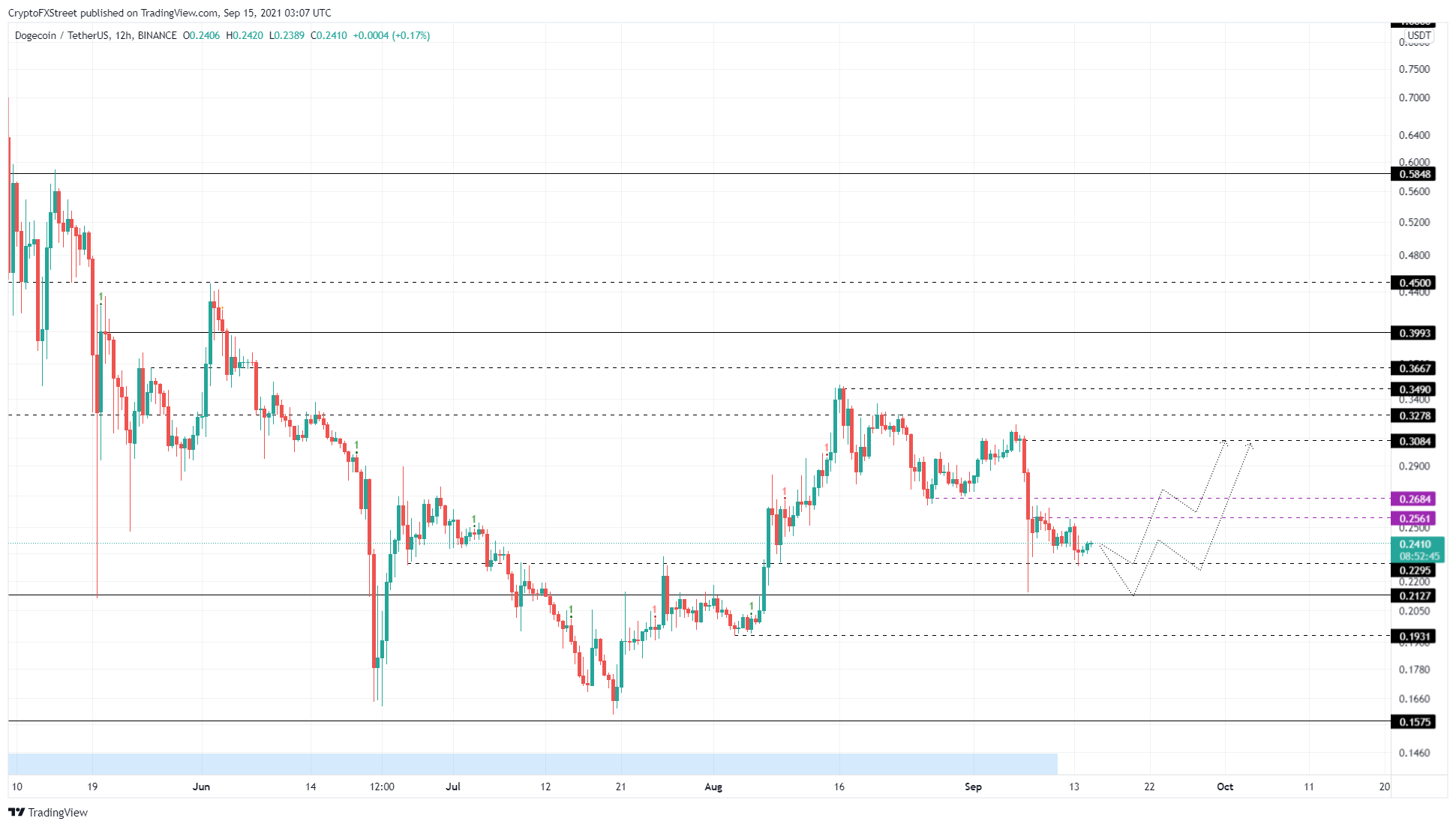 On the other hand, if DOGE fails to bounce off the $0.230 support level, it will indicate increased selling pressure. In a highly bearish case, Dogecoin price might even retest the $0.213 demand floor. However, a breakdown of the $0.193 foothold will create a lower low and invalidate the bullish thesis.