Dogecoin price is grappling with the lower trend line of a bullish pattern. This development comes after a wildly bullish narrative over the last few weeks. Therefore, investors need to pay attention to Bitcoin’s directional bias.

Dogecoin price action set up a falling wedge as it crashed a massive 85% from its all-time high of $0.740. This move set up three lower highs and lower lows on the weekly time frame, which when connected using trend lines reveals a falling wedge.

This technical formation forecasts a 68% upswing to $0.217, obtained by adding the distance between the first swing high and swing low to the breakout point.

Over the last five to six weeks, DOGE was hugging the upper trend line closely and even broke above it temporarily. However, the last week caused a lot of pain for holders as it pushed the Dogecoin price down to retest the lower trend line of the falling wedge.

If the crypto markets continue to crash, the resulting downswing could knock the dog-themed crypto to retest the support area, extending from $0.078 to $0.087, at which level, investors can hope for a slowdown.

A failure to sustain above this range will ultimately crash DOGE to its last line of defense at $0.048. If buyers fail to defend this barrier, the Dogecoin price could crash 70% to $0.014. This move would fill the fair value gap or the price inefficiency satiating sellers. 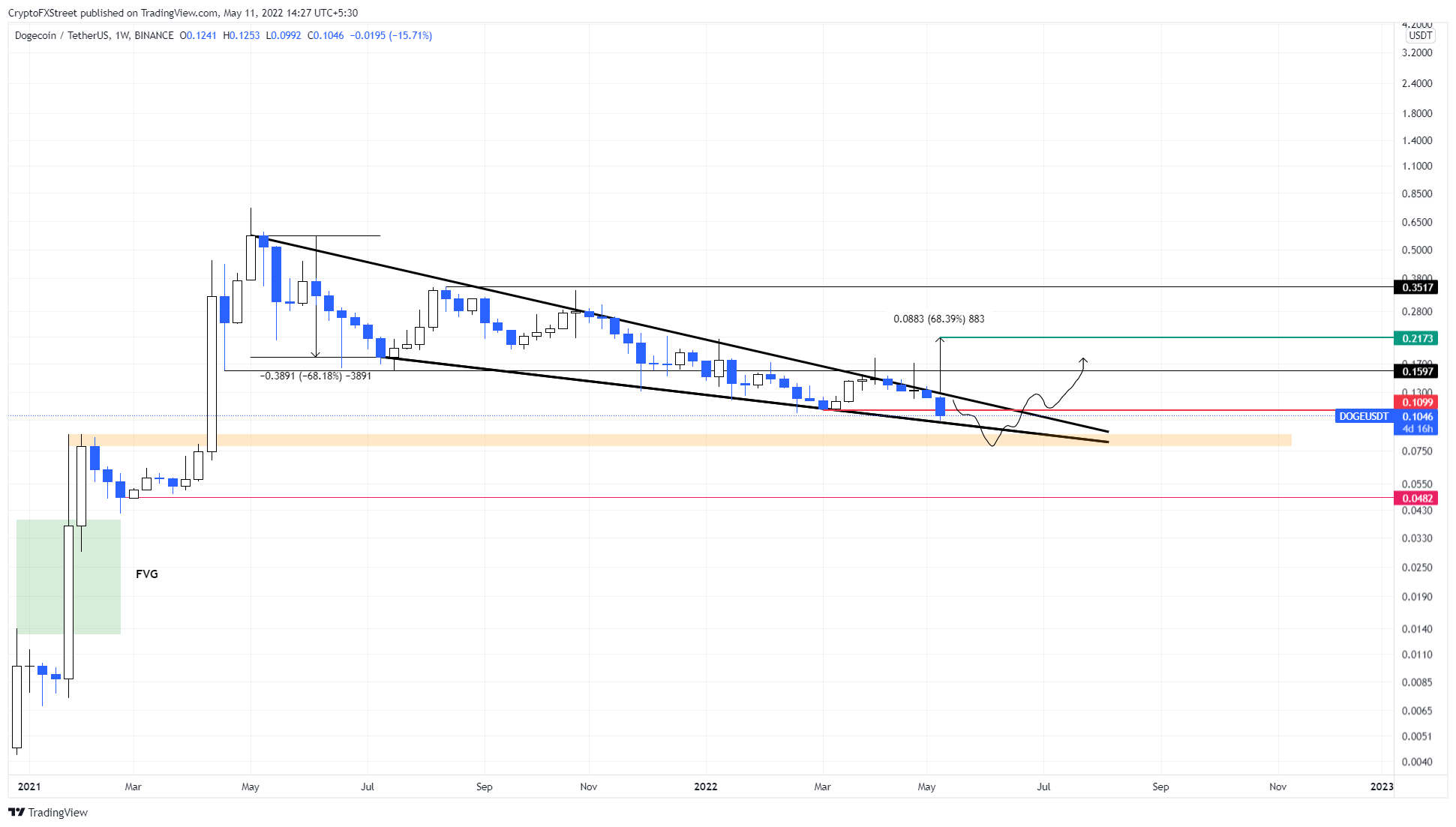 While things are looking bearish for Dogecoin price, a weekly candlestick close above $0.159 will not only trigger a bullish breakout but will also flip the said barrier into a support floor. Such a development could further propel DOGE to its forecasted target at $0.217.

Will the ApeCoin price fall to $2 this summer

ApeCoin price shows incoming sell-off signals on the final day of June. It is best to wait  for a breach of the invalidation level before counter-trend trading the Ethereum-based NFT Token.

Cardano price has fallen beneath $0.45, here’s what to expect in July

Shiba Inu price shows concerning signals on the Volume Profile indicator. SHIB price coils within the 8- and 21-period simple moving averages. Invalidation of the downtrend is a breach above $0.00001223.

XRP Price Prediction: Whales in the market aim for $0.20

Millions of XRP tokens have been transported to the Bitstamp exchange. Ripple’s XRP price has breached below a critical Fibonacci Retracement tool.