Yet again, Elon Musk has tweeted about Dogecoin in what seems to be quite positive for the community. Musk stated that he wants major Dogecoin holders to sell most of their coins in order for Dogecoin to get his full support.

If major Dogecoin holders sell most of their coins, it will get my full support. Too much concentration is the only real issue imo.

Elon Musk even said he would pay money for them to void their accounts. The tweet seems to imply that Musk is ready to support Dogecoin in the long-term, but only if it becomes more decentralized.

Dogecoin price ready for a 20% jump in the short-term

On the 6-hour chart, Dogecoin has established a descending wedge pattern which is on the verge of a breakout. The TD Sequential indicator has just presented a buy signal here as the price is right at the key resistance level of $0.0607. 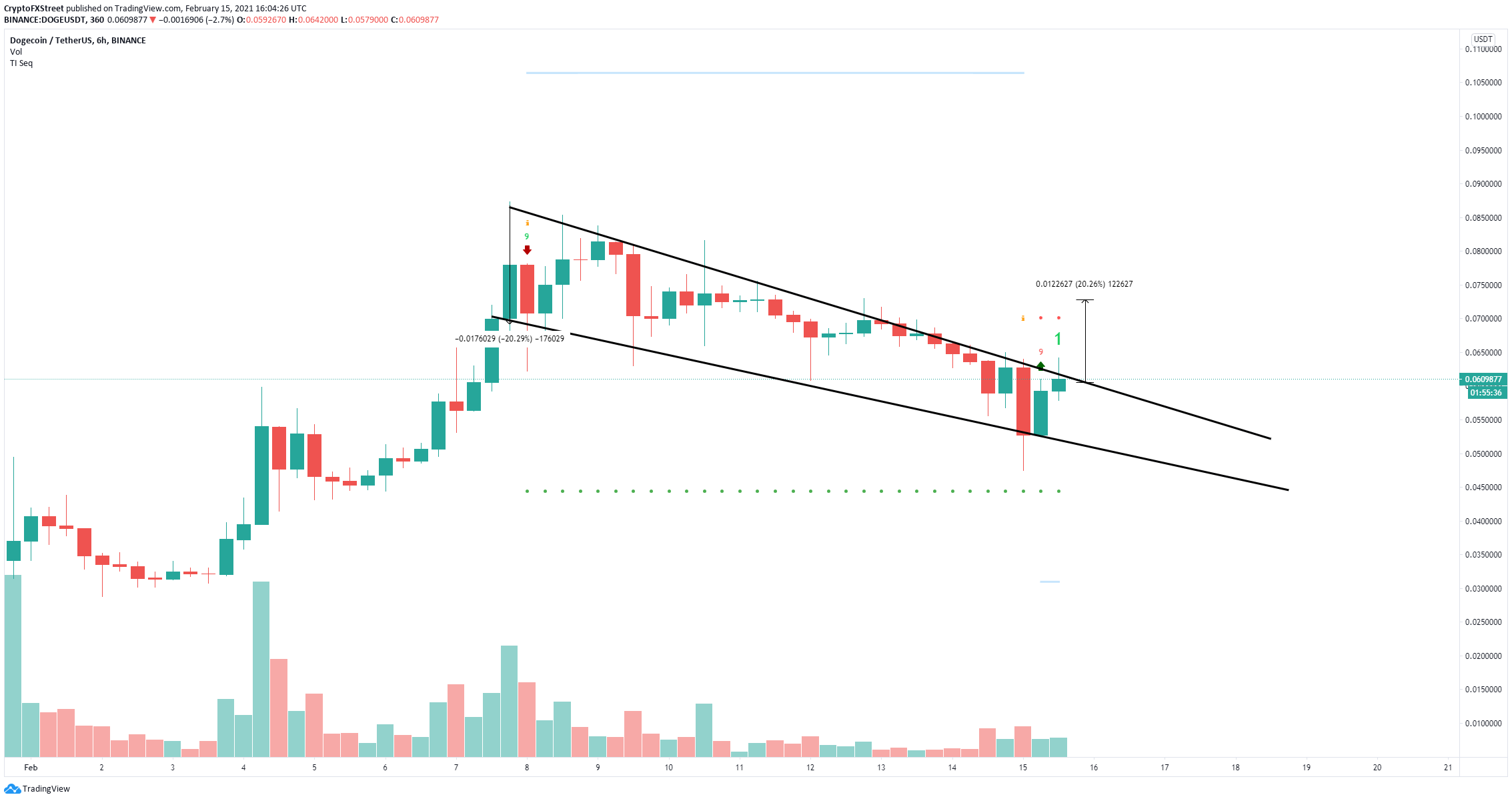 A breakout above this key point would quickly push Dogecoin price towards $0.073, a 20% move which is calculated by using the maximum height of the wedge pattern. Perhaps the recent announcement by Musk was initially not seen as good, but slowly investors have realized it is positive in the long-term.

In the past week, the number of new addresses joining the network has decreased by 35% indicating that the hype in Dogecoin is fading away. Additionally, the number of active addresses also plummeted by 53%. 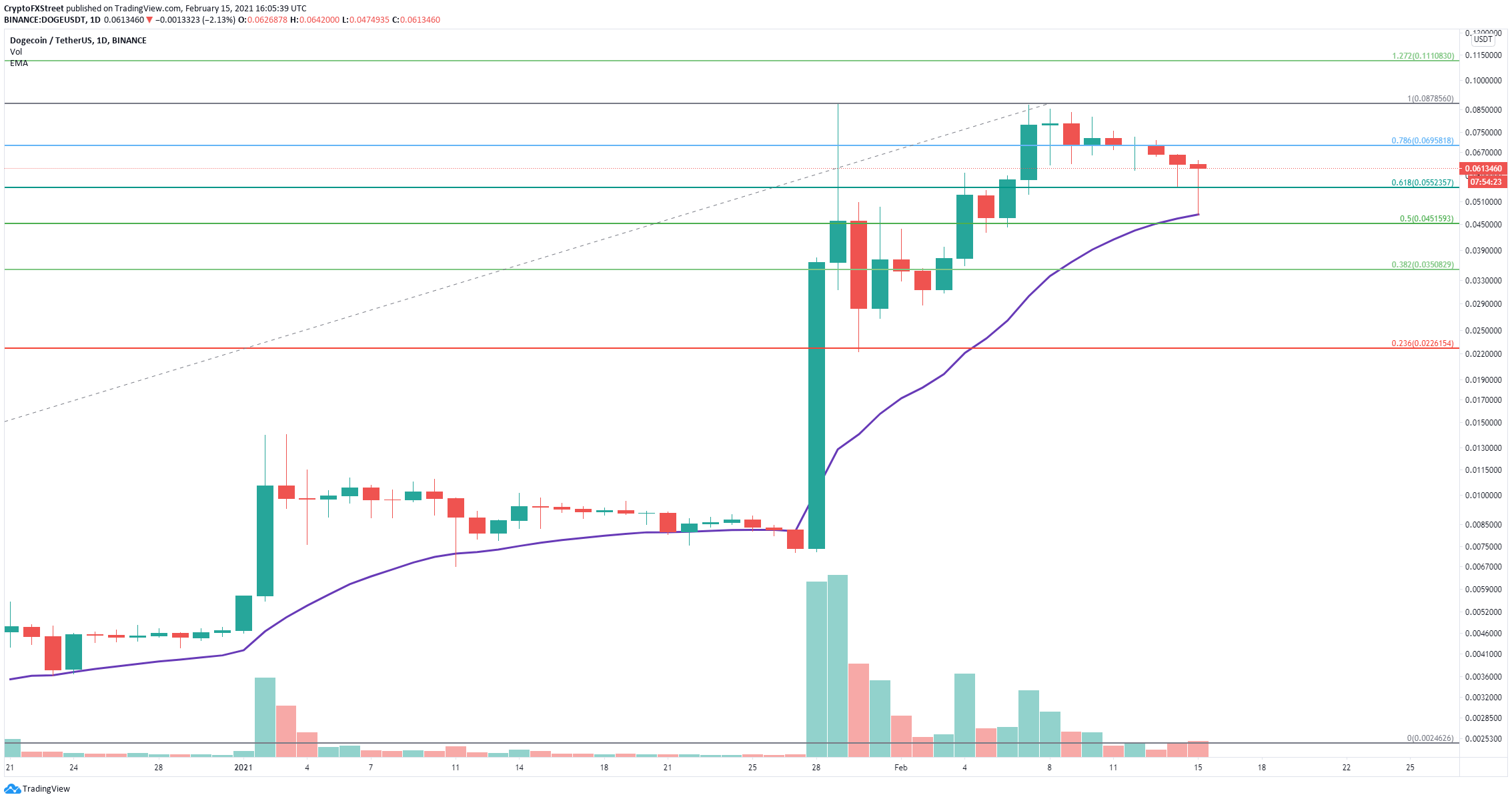 On the daily chart, the nearest key support level is located around $0.047 which is the 26-EMA and the 50% Fibonacci retracement level. Losing this point would drive Dogecoin price down to $0.035 at the 38.2% Fib level