Dogecoin price is currently sitting inside a supply zone that has prevented it from making any progress for nearly five months. However, the resurgence of buyers has triggered a massive meme coin bull run, which provides DOGE with an opportunity to kick-start another leg-up.

Dogecoin price on the verge of a bull run

Dogecoin price set up four lower highs and four equal lows since April 23. The swing points in this six-month-long consolidation can be connected using trend lines to reveal a descending triangle.

This technical formation forecasts a 361% ascent, obtained by adding the distance between the first swing high and the triangle’s base. Adding this distance to the breakout point reveals that DOGE could hit $1.08.

So far, DOGE has rallied 26% from the breakout point and shows an affinity to go higher. However, the $0.253 to $0.348 supply zone is the significant hurdle that will prevent it. Therefore, a decisive close above $0.348 will confirm a resurgence of buyers and kick-start a 27% ascent to the next barrier at $0.448. Beyond this, DOGE, virtually, has little-or-no resistance. Hence, investors can expect Dogecoin price to climb to $1. 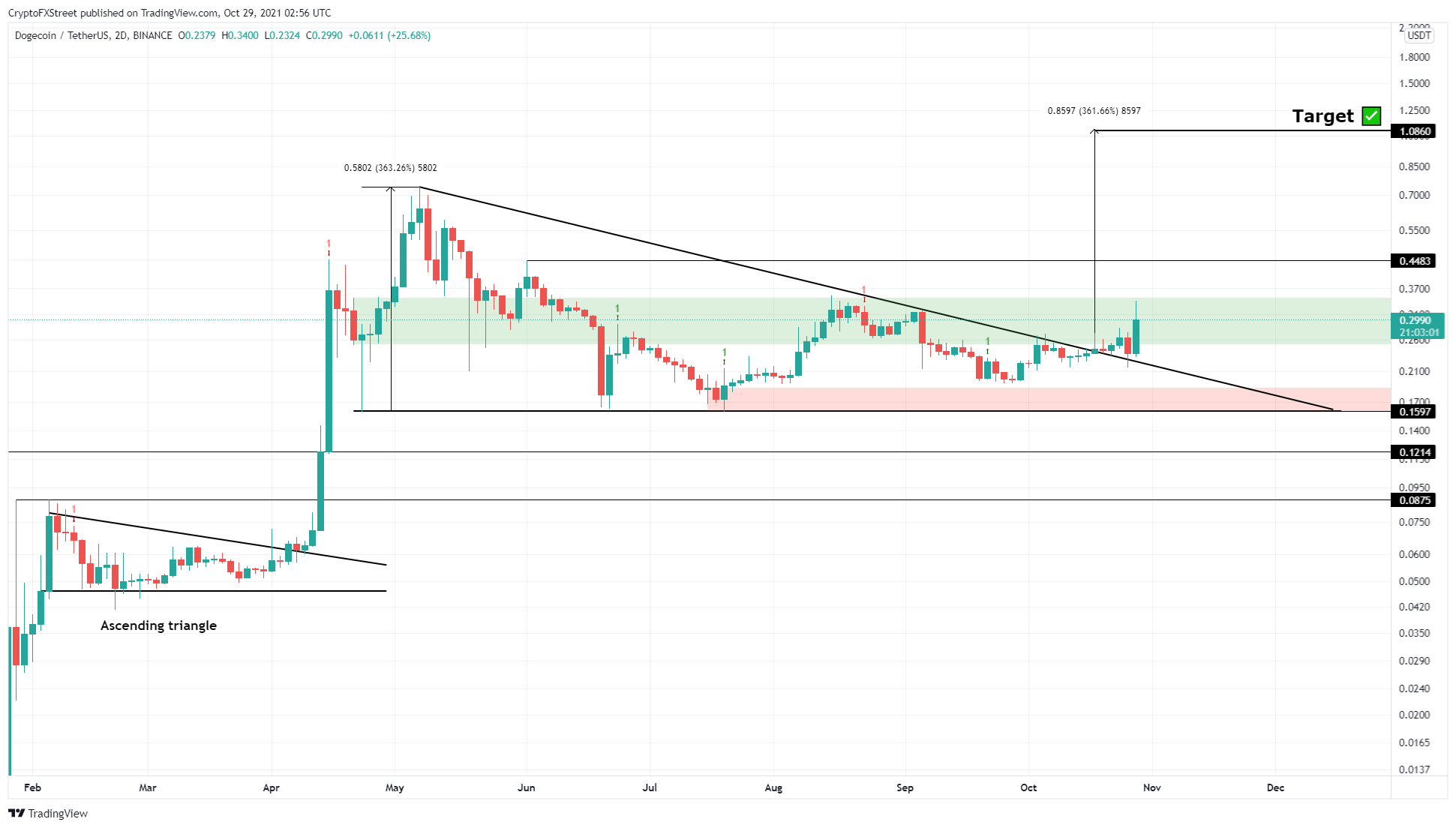 On the other hand, if Dogecoin price fails to slice through the $0.253 to $0.348 supply zone, it will indicate a lack of bullish momentum. In this situation, DOGE could reenter the descending triangle. If DOGE breaks below the $0.197 support floor, it will invalidate the bullish thesis. In such a situation Dogecoin price could venture lower and find support on the $0.159 to $0.187, where it can give the uptrend another go.