Decentraland price has been the biggest surprise of 2021, gaining a staggering 7,766% since January 1st, 2021. However, the same seven-week Gann cycle that triggers the correction in Bitcoin and Ethereum is now present on the MANA weekly chart.

Decentraland price action is culminating into a termination phase known as Gann’s ‘death cycle.’ Gann’s ‘death cycle’ is a seven-week time cycle that warns of imminent corrective moves if an instrument has been trading in a single direction for seven weeks.

Decentraland is in its seventh straight week of a weekly candlestick close above the open. This cycle culminates at the same time that massive gaps between the bodies of the weekly candlesticks and the Tenkan-Sen have developed. All signs point to a fast move south.

One of the most sought-after short signals in Point and Figure analysis is the Bearish Catapult. That pattern is developing on the $0.20/3-box reversal Point and Figure chart. The hypothetical short entry is a buy stop order at $4.20, with a stop loss at $5.00 and a profit target at $2.00. 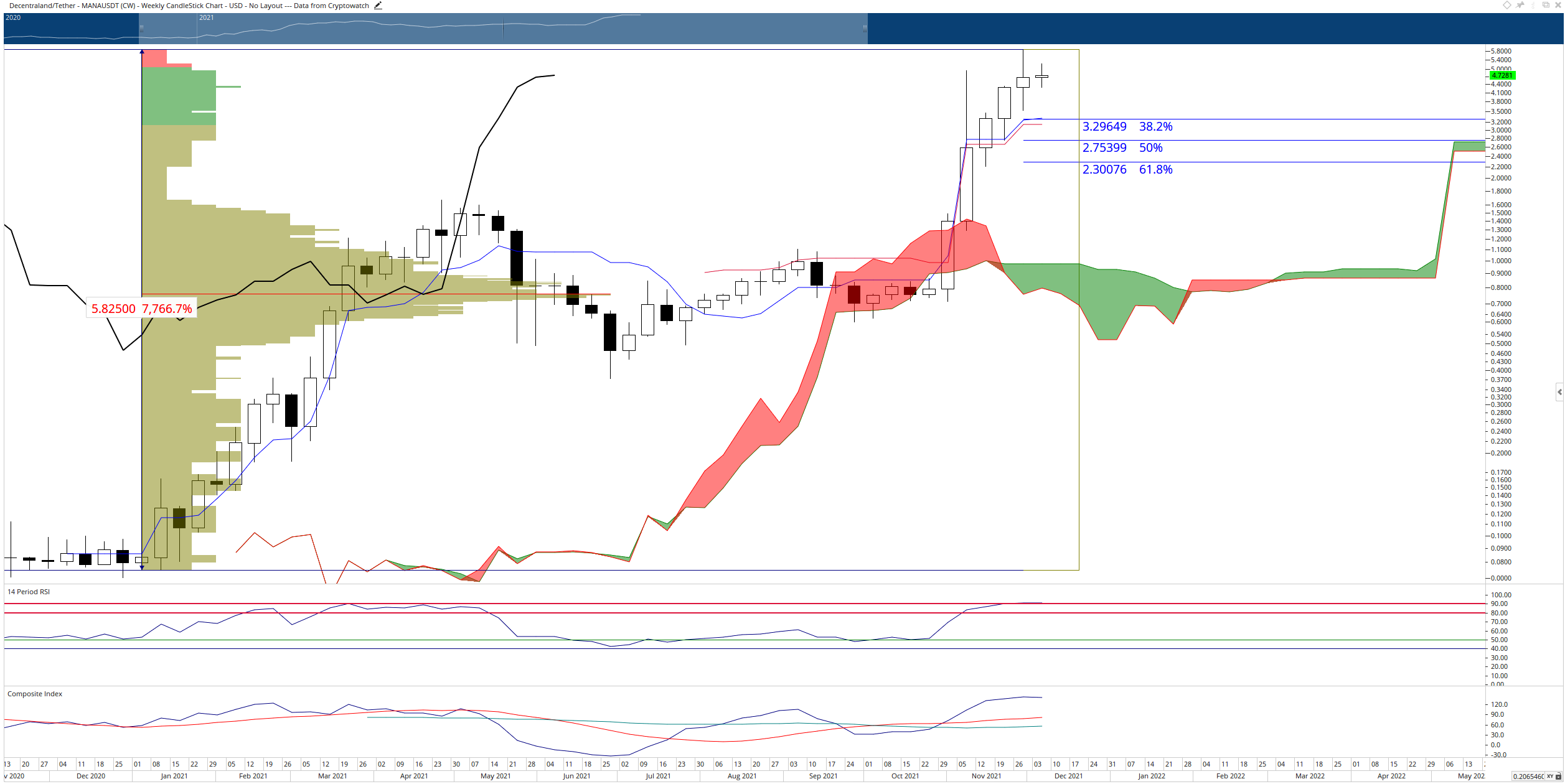 The implied profit target of $2.00 is based on the Vertical Profit Target Method in Point and Figure and extends beyond the expected support level at $2.75. That is not to say Decentraland price won’t find support at $2.75, but it is a warning of how expansive any corrective move could be for MANA.

As bearish as the current time and price conditions are for Decentraland, the overall trend remains bullish, and MANA is in price discovery territory. Therefore, a return above the $5.00 value could trigger further buying towards the $7.00 range.