Bitcoin (BTС) is changing hands marginally below $10,000. The first digital coin has lost over 3% since the beginning of the day and stayed amid increased bearish pressure. The price attempted to break above $11,000 on July 20, but the upside momentum failed to gain traction.

The Bitcoin (BTC) price is hovering around $10,000 with a bearish bias. The way to the South seems to be the path of least resistance as the area above the current price is packed with strong technical levels. 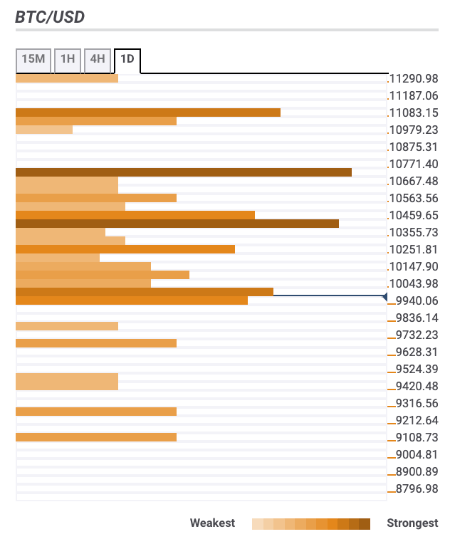 Ethereum price analysis: ETH/USD bears get ready to push the price to $200

Ethereum, the second-largest cryptocurrency with the current market capitalization of $22.7 billion, settled above $211.00, having retreated from the recent high of $235.7o reached on July 20. ETH/USD is moving in sync with Bitcoin (BTC) and the rest of the cryptocurrency market driven mostly by technical and speculative factors.

Ethereum has lost nearly 6% of its value on a day-on-day basis and 2.6% since the beginning of Tuesday.

Litecoin’s value continued to thin under $100 amid rising selling pressure across the board. Bitcoin made a temporary dive under $10,000 while Ethereum tested the support at $210. The declines come after digital assets opened the week’s trading fairly stable.

As covered by FXStreet, the recovery from the lows around $77.50 failed to break the resistance at $105 paving the way for declines under $100. There has been a correction below the moving averages further giving the price a push below the broken support at $90.

UNI ready for a bullish assault, once $5.7 is cleared

UNI, the native token of a popular DeFi project Uniswap, rebounded from the support of $4.7 to trade above $5.5 during early Asian hours. By the time of writing, the token retreated to $4.9.

Binance Coin had a particularly yielding trading period at the beginning of September. Although BNB showed signs of ascending to new yearly highs, the uptrend stalled at $33.50.

This weekend saw one attempt by Bitcoin to break the $11000 barrier by taking advantage of the gap that Ethereum left with its sudden attempt to reach the $400 price level.