Cardano has been rallying for the past two weeks. The supply squeeze on exchanges is set to drive ADA's price higher after smart contracts are launched on the Cardano network.

Cardano price climbs 8% in a week, supply squeeze builds up on exchanges

Cardano (ADA) has offered 663% gains since the beginning of the year. ADA consistently fared better than other altcoins through the downturn of May 2021. ADA currently shows signs of resilience although it is 64.7% away from its all-time high of $2.29.

The asset's price has climbed 8% in a week, ahead of the Alonzo hardfork and analysts expect a prolonged rally in 2021. 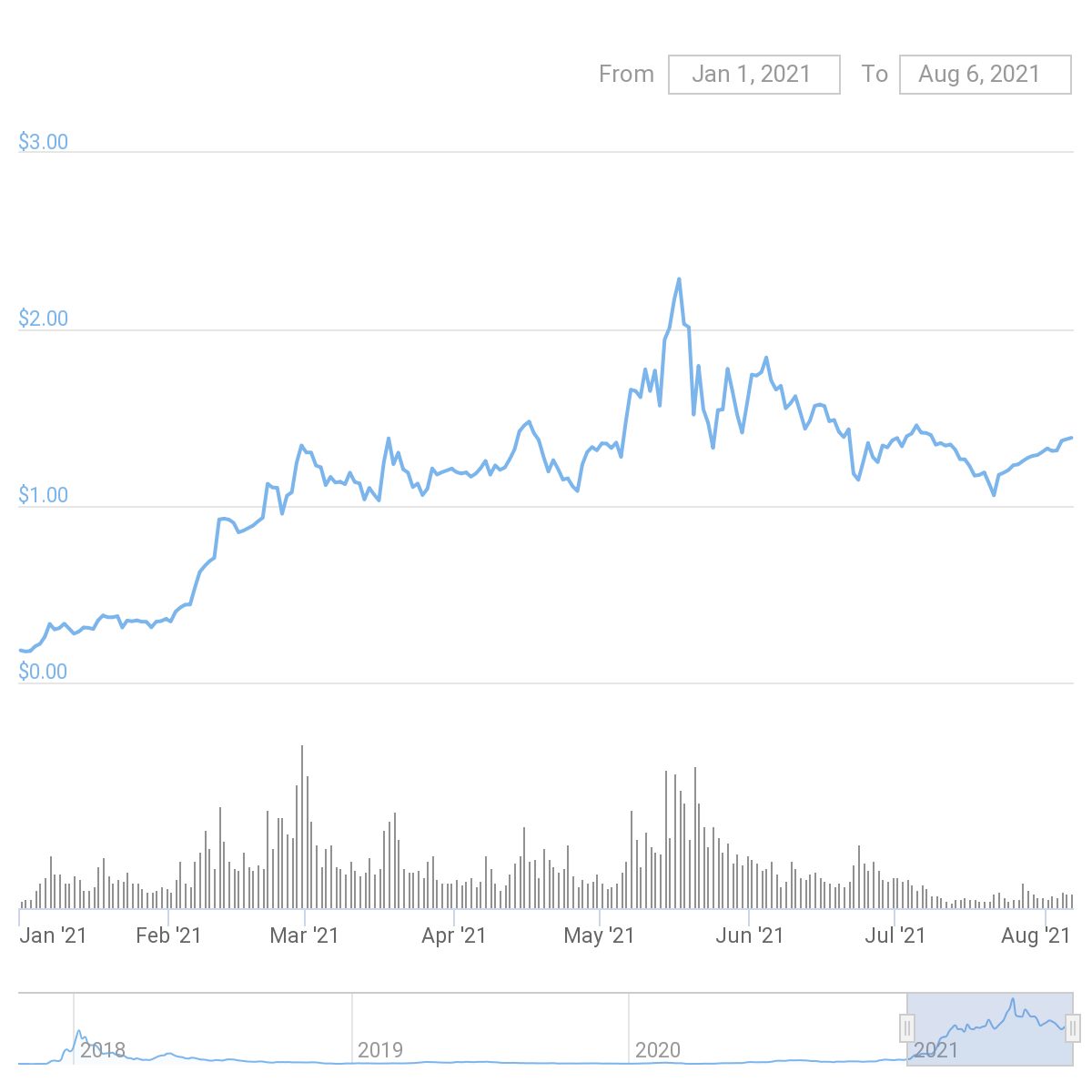 Recent updates in the Cardano network may have triggered the price rally. Against all odds, ADA has been approved for listing on Japanese cryptocurrency exchanges. Japan has one of the hardest listing requirements globally, and ADA now features in the list of a handful of cryptocurrencies on Japanese exchanges.

Cardano getting listed in Japan is a big deal for multiple reasons, included WHY it is being listed. Many eyes on $ADA price right now as well.https://t.co/H3HqaN630c

Cardano analysts and traders are bullish on the latest development updates from Charles Hoskinson, the founder of Cardano. Hoskinson slammed skeptics and assured traders that development for the Alonzo hardfork and rollout of smart contracts is on track.

Smart contract functionality was set to be introduced in the Goguen Era on Cardano's roadmap and we are at the tail end of this phase. The long wait has increased the uncertainty and traders are now closesly watching Hoskinson's updates and the asset's price.

As ADA's price rally continues, the community is awaiting the announcement of the exact date of the hardfork since it is expected that smart contracts will go live soon after the event. The altcoin's robust tokenomics further support the ongoing rally. Only 16.67% of the token's initial supply was allocated to the company's founders and project. The remaining ADA was sold to retail investors. The only new supply of ADA in circulation is coming from staking rewards.

Interestingly over 70% of ADA's circulating supply is currently staked, and a mere 30% is changing hands on exchanges. This supply squeeze implies that it is easier for the altcoin to rally. The shortage of supply fuels ADA's bullish narrative.

Guy of Coin Bureau, a crypto influencer and YouTuber, has predicted that ADA will hit between $4 to $5 before the end of 2021. In a recent Youtube video, Guy said,

I could see ADA reaching $4 to $5 by the end of the year, assuming Bitcoin sees another slingshot of the upside in September or October, which is likely, in my opinion.