Cardano (ADA) price has been in a downtrend for over two weeks now and now bears are getting crushed against the monthly S1 support level for December, at $1.18. ADA bulls do not look like forfeiting this level as bears start to book profits and exit their positions. The Relative Strength Index (RSI) is quite close to being oversold suggesting a lack of scope for further downside. Today, a bullish candle looks to be forming that could match yesterday’s bearish candle if a tailwind in cryptocurrencies triggers some relief.

Cardano could see a U-turn

Cardano price is currently respecting the monthly S1 support level at $1.18, with bulls not giving way to bears who are attempting to push the ADA price in a further leg lower towards $1.0. Instead, short-sellers in ADA price action are fleeing the scene and booking profits as the RSI is trading very close to the oversold region again. Bulls are now taking control and could easily squeeze bears back up against  the red ascending trend line that rejected price on Monday at around $1.35.

ADA price could enjoy some tailwinds from global equity markets which are enjoying positive sentiment again this morning during the European session, sentiment  looks to spillover into cryptocurrencies. In case bulls can make a close above the red ascending trend line, expect a further lift and test against the black descending trendline. If bulls further squeeze bears out of their positions, expect a possible punch-through effect that could see ADA prices explode to $1.90 or even $2.0. 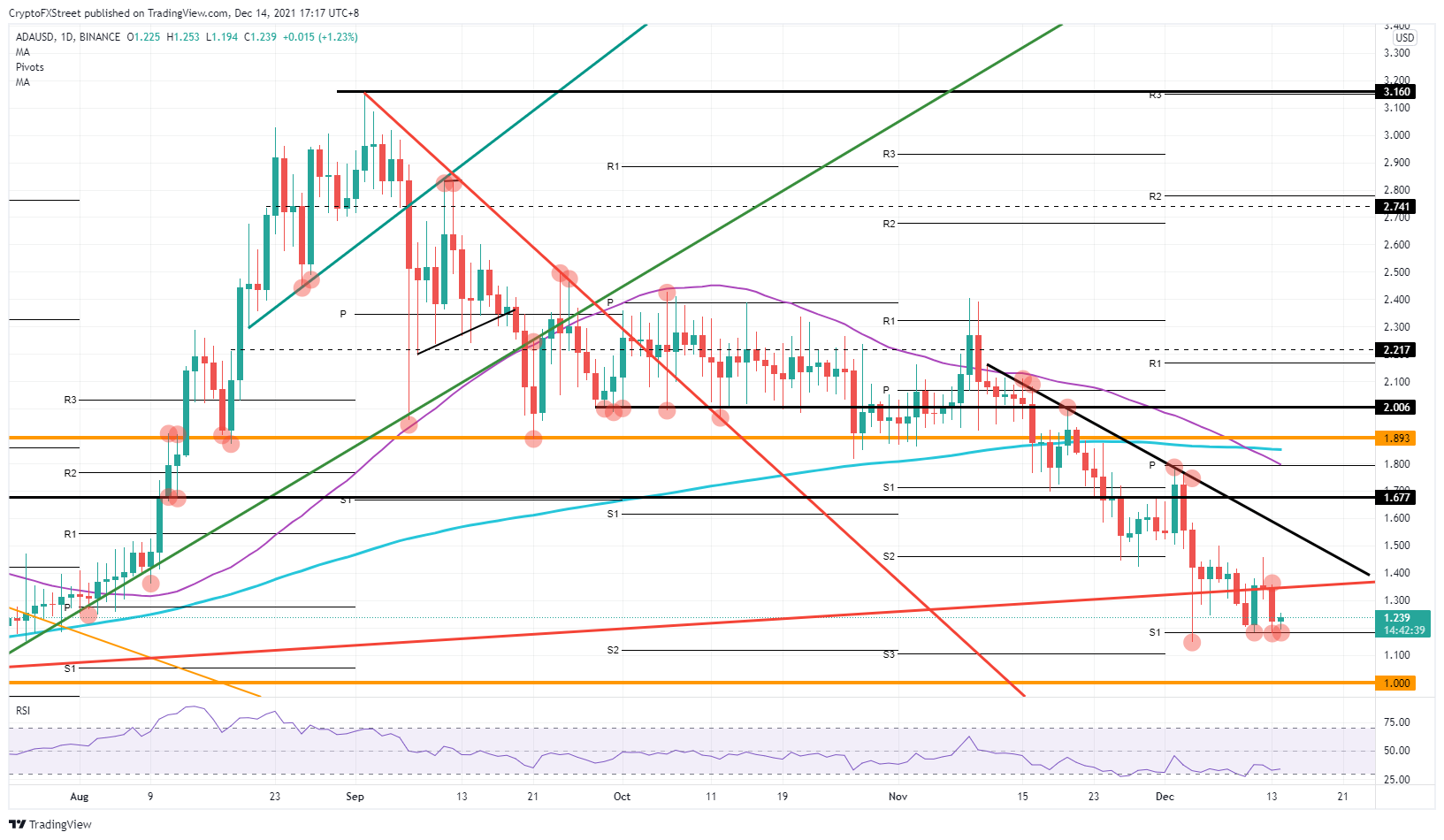 A few risk elements should not be forgotten, such as the fact that several major central banks are coming out with their forecasts for 2022 and are reassessing their monetary policy stance. Expect hawkish tones to spark headwinds for cryptocurrencies, with ADA price probably rejected around $1.50, on that black descending trend line and keeping alive the downtrend further into December. ADA price would stay capped and start to trade further to the downside, breaking through the monthly S1 support level at $1.18. A penetration of that level would propel into a spiral move towards $1.0.