Cardano price has traded around the 50-day simple moving average (SMA) for the past seven days, and it is on pace to close May with a double-digit gain. ADA will confront more volatility daily, but it remains well-positioned to be one of the leading digital tokens moving forward.

According to the latest CoinShares Digital Asset Fund Flows Weekly report, digital assets saw net institutional outflows for the second consecutive week, totaling $97 million and marking a new record for outflows. To provide perspective, it represents just 0.2% of total assets under management (AUM), and it does not compare to the total YTD net inflows of $5.5 billion.

Bitcoin had total outflows of $110.9 million following outflows of $115 million in the previous week. It was the second consecutive week that BTC recorded outflows of over $100 million. Ethereum showed $12.9 million in outflows, but it is a minor setback in a year of record-breaking inflows for the smart contracts token.

Indeed, environmental considerations have taken center stage in the cryptocurrency complex due to the notable impact mining has on the earth. Elon Musk was instrumental in elevating those concerns to mainstream media when he decided that Tesla would no longer accept BTC as a payment method because of the tremendous power usage, primarily derived from fossil fuels.

Cardano price searching for stability in a market overwhelmed with apprehension

On May 23, Cardano price suffered another wave of heavy selling pressure, knocking the digital token down almost 30% at the intra-day low, but again, ADA rebounded by 25%. 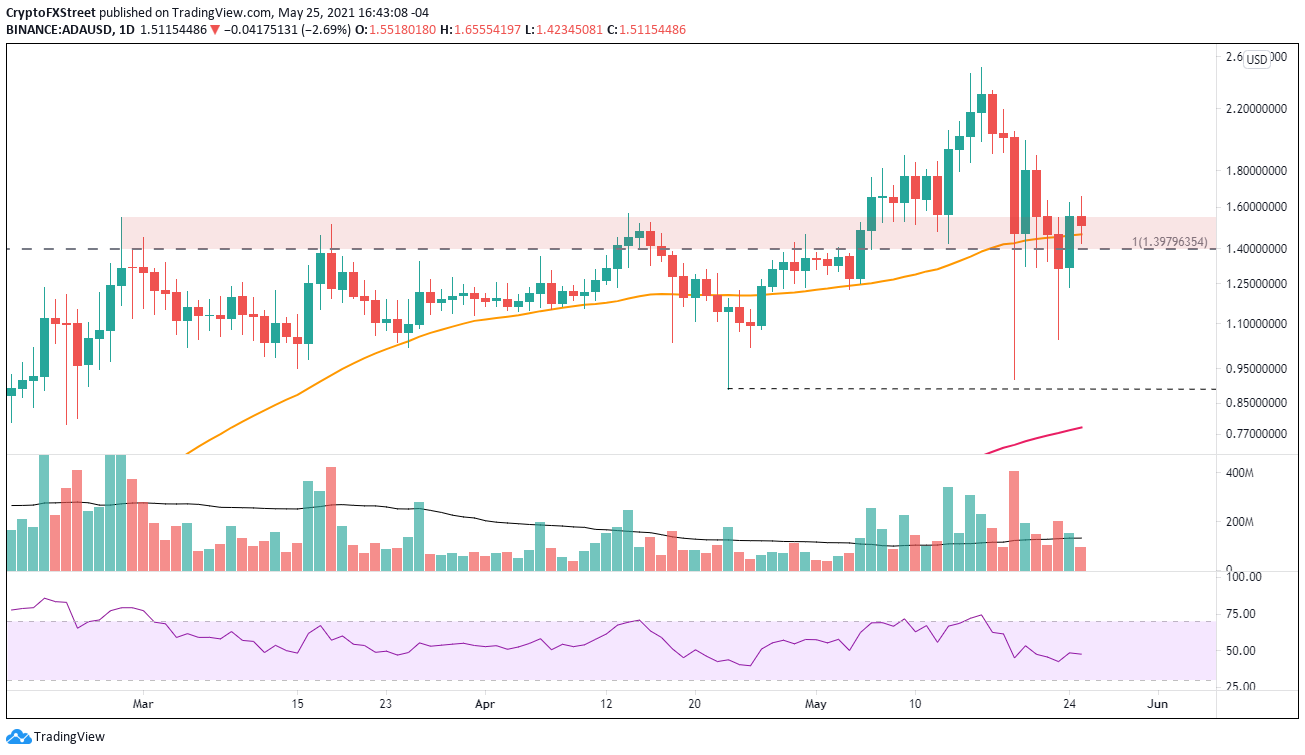 In the short term, there is a high probability that Cardano price will oscillate along the two price levels and the 50-day SMA, releasing the price compression from the last week’s volatility.

It is essential to note that Cardano price on the four-hour chart is shaping an inverse head-and-shoulders pattern that could trigger in the next few hours. The trigger price for the opportunistic formation is $1.66, slightly above the 50 four-hour SMA at $1.63. 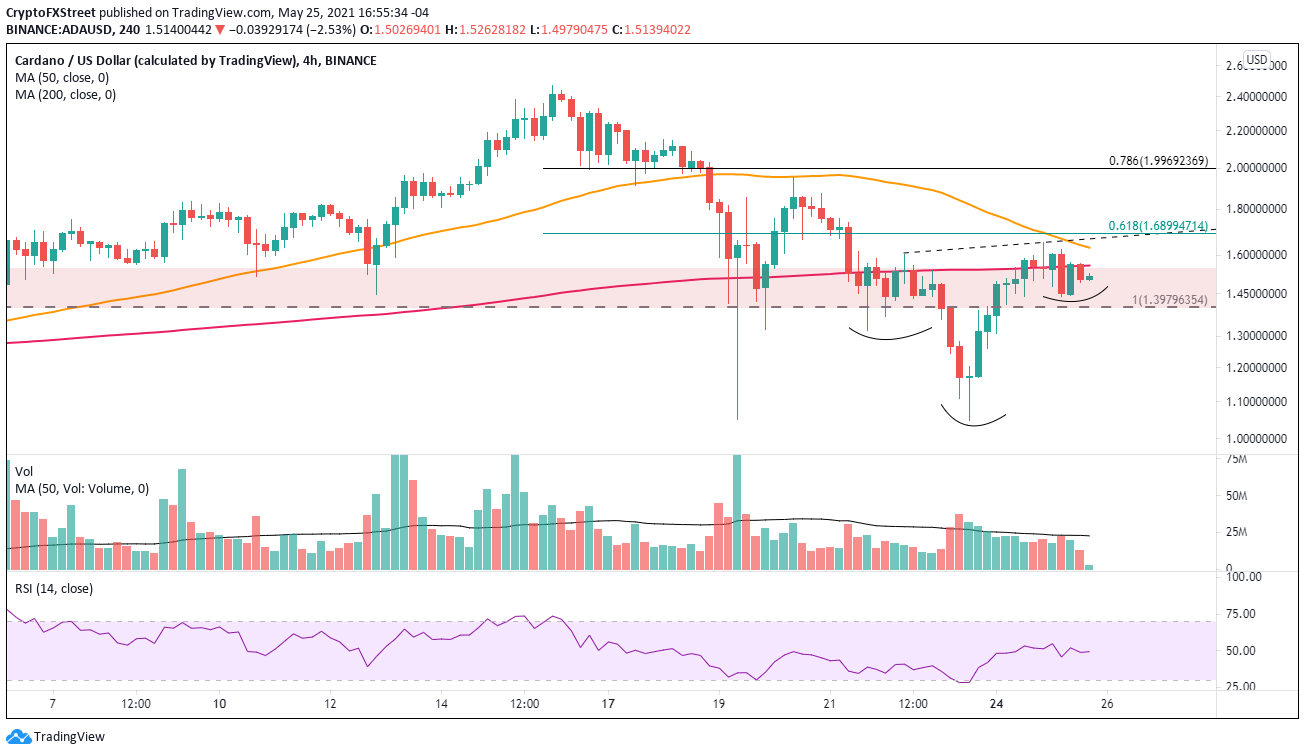 A daily close below yesterday’s low at $1.23 would alert investors to another steep drop in Cardano price, potentially down to the May 23 low at $1.04 or even to the May 19 low at $0.91. A decline below the April low at $0.89 would introduce a deeper, secular decline for ADA.