Cardano price has seen a massive downswing over the week, causing it to slide below crucial barriers. Fortunately, this correction is above a significant demand zone that will likely trigger a buying spree, pushing ADA higher.

This support area is significant in deciding the directional bias for the so-called “Ethereum-killer.” Since Cardano price has sliced through the range low at $1.91, it is in the deep discount area, and which means bears could potentially be taking a break.

A successful bounce off the demand zone mentioned above will likely propel ADA back above the range low. Beyond this, Cardano price could retest the $2 psychological level, indicating a 10% upswing from $1.79.

In some cases, ADA might revisit the $2.08 ceiling and collect the ‘buy stop’ liquidity resting above it. This move would represent a 15% ascent. 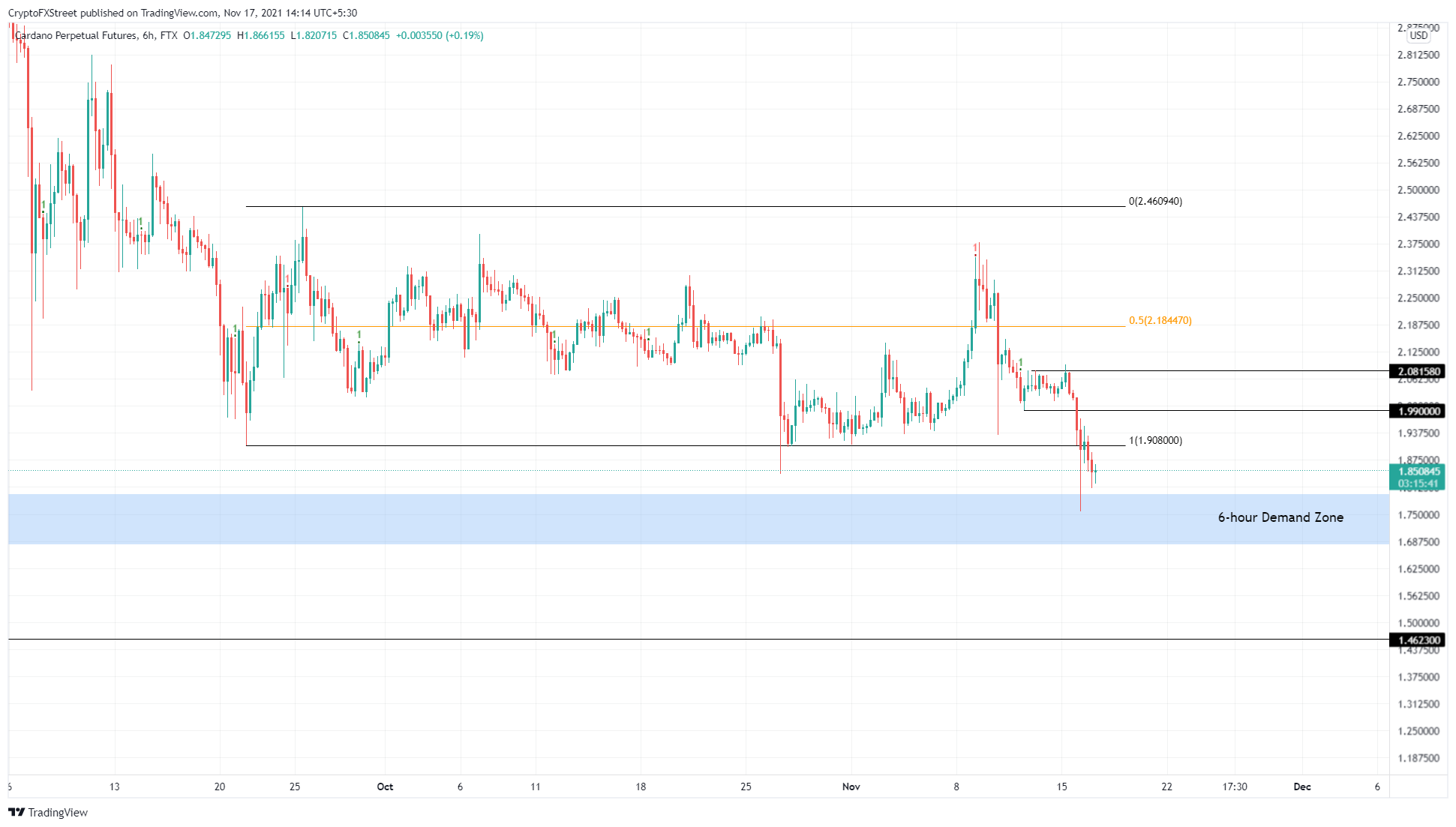 The upswing narrative detailed above for Cardano price is contingent that the downswing recedes as it bounces off the $1.68 to $1.79 demand zone. However, if ADA produces a lower low below $1.68, it will invalidate the bullish thesis.

This development could trigger a 12% crash to the immediate support level at $1.46.

Dogecoin price prediction shows reasons to be concerned. Analysts have been eyeing the notorious dog coin throughout the summer as the DOGE price fell into considerably discounted price territory at $0.050.