Cardano price resolved a symmetrical triangle to the downside on June 11 and has wedged calmly higher, discovering resistance at the declining 50 twelve-hour SMA. 2018 high is critical support on weakness and is the only significant obstacle between ADA and a test of the May 19 low. The outlook is aligned with caution until there is a declaration of intentions by the green token.

Cardano price is indecisive while technicals continue to converge

Today, ADA is the 5th largest cryptocurrency with a market capitalization of $49.56 billion, sandwiched between Binance Coin and Dogecoin. The decentralized, proof-of-stake (PoS) blockchain competes with Ethereum, and NBC categorized Cardano as the “most significant proof of stake cryptocurrency on the market.”

Critical to maintaining the high ranking has been the patrolling support of the 2018 high at $1.40. Cardano price struggled with the $1.40 price level in February, March and April, emphasizing its importance in the months heading into the May blast off.

Now $1.40 has turned from resistance to support since the end of May, and the 200 twelve-hour moving average reinforces it at $1.41. A daily close below the June 11 low of $1.35 will be the initial sign to ADA investors that Cardano price is readying to target lower prices. A further close below the May 29 low of $1.33 will be the final confirmation of a bearish outlook for the altcoin.

Below $1.33, Cardano price is in a vacuum until the May 23 low at $1.04. A more likely scenario is for ADA to briefly sweep the May 19 low at $0.978 before rebounding from around the January 3 anchored volume-weighted average price (anchored VWAP) at $0.975. A test of the anchored VWAP would reward bearish ADA investors with a profit of 28% from the June 8 low. 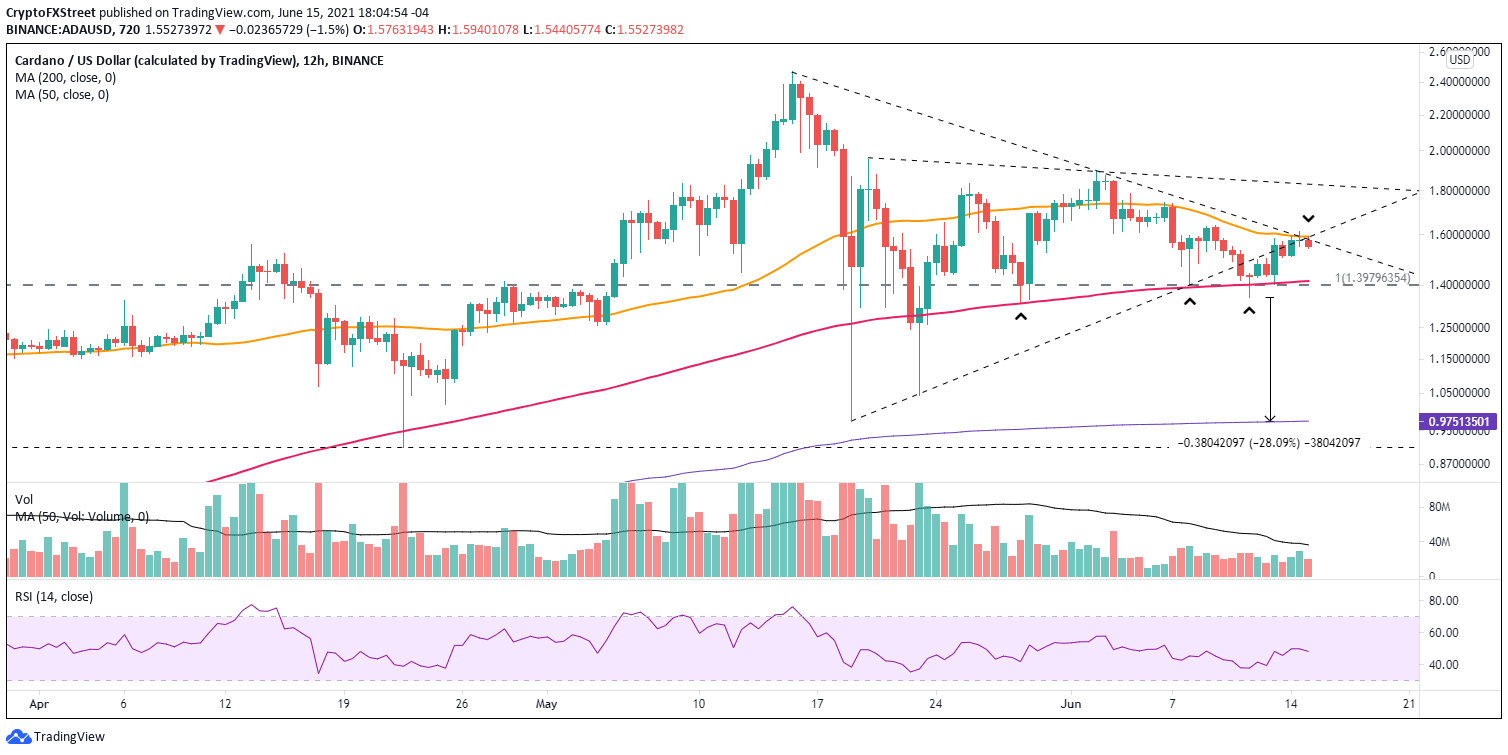 In June 2020, hodlers (held ADA > 12 months) represented 52.82% of the ADA ownership, according to IntoTheBlock. Today, hodlers represent just 8.22% of the ownership. Despite the glowing interest in the major media, there has been a steady decline in hodler ownership, reflecting a deterioration of conviction in the digital asset.

Today, almost 92% of the ADA ownership has held the altcoin for less than a year, and 33.06% have owned it less than a month. As a result, Cardano price is directed by the actions of short-term traders, lending more volatility and no clear trends, particularly to the upside.

To be blunt, Cardano price is not supported by a group of committed investors, and if there is a clear break below $1.40, a stampede for the exits may occur. 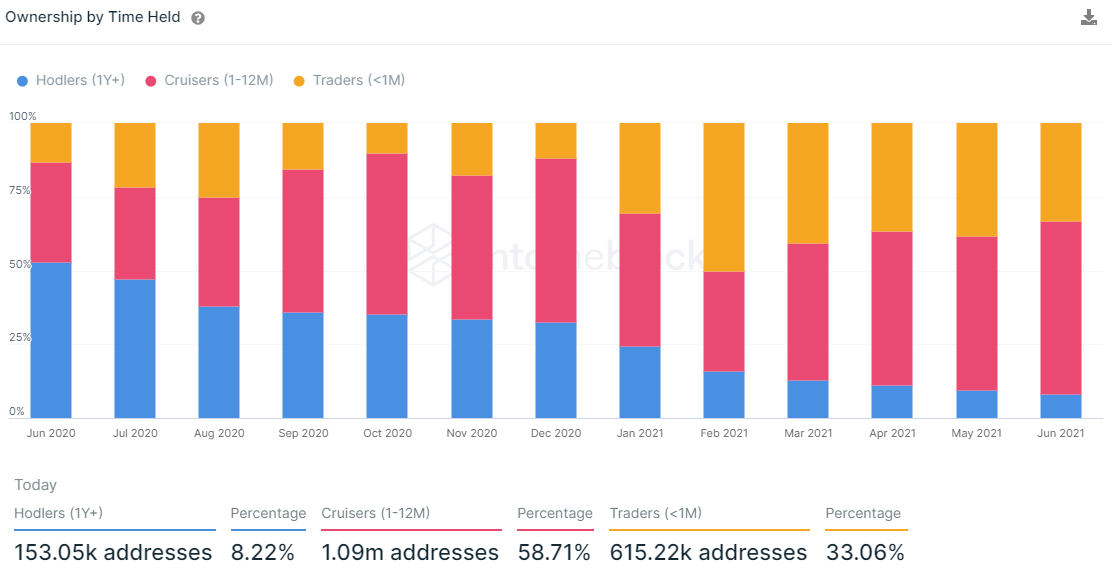 ADA may do things more mature and responsible, but investors do not seem committed to the vision. It is a bend-or-break moment for Cardano price, and $1.40 is crucial in deciding what trend direction wins.