Dogecoin price has been on a downtrend, which can clearly be seen on the weekly chart. The sudden collapse in May and June exacerbated the correction pushing DOGE to a stable support level, a breakdown of which could trigger another brutal crash.

Dogecoin price is on edge

Dogecoin price peaked in May 2021 as it set a new all-time high at $0.739. Since then, DOGE has produced five lower highs. These swing points can be connected to further visualize the corrective phase.

More recently, Dogecoin price has crashed through the $0.070-to-$0.087 support area, denoting the massive sell pressure present in the ecosystem. The fallout from the Celsius Network seems to have affected many companies that were previously thriving.

Regardless, DOGE has one last support level at $0.048 that will prevent it from heading lower. However, if the sellers overwhelm the buyers, leading to a breakdown, it could trigger a brutal sell-off. In such a case, Dogecoin price will crash roughly 60% and fill the Fair Value Gap (FVG), aka price inefficiency, extending from $0.041 to $0.014. 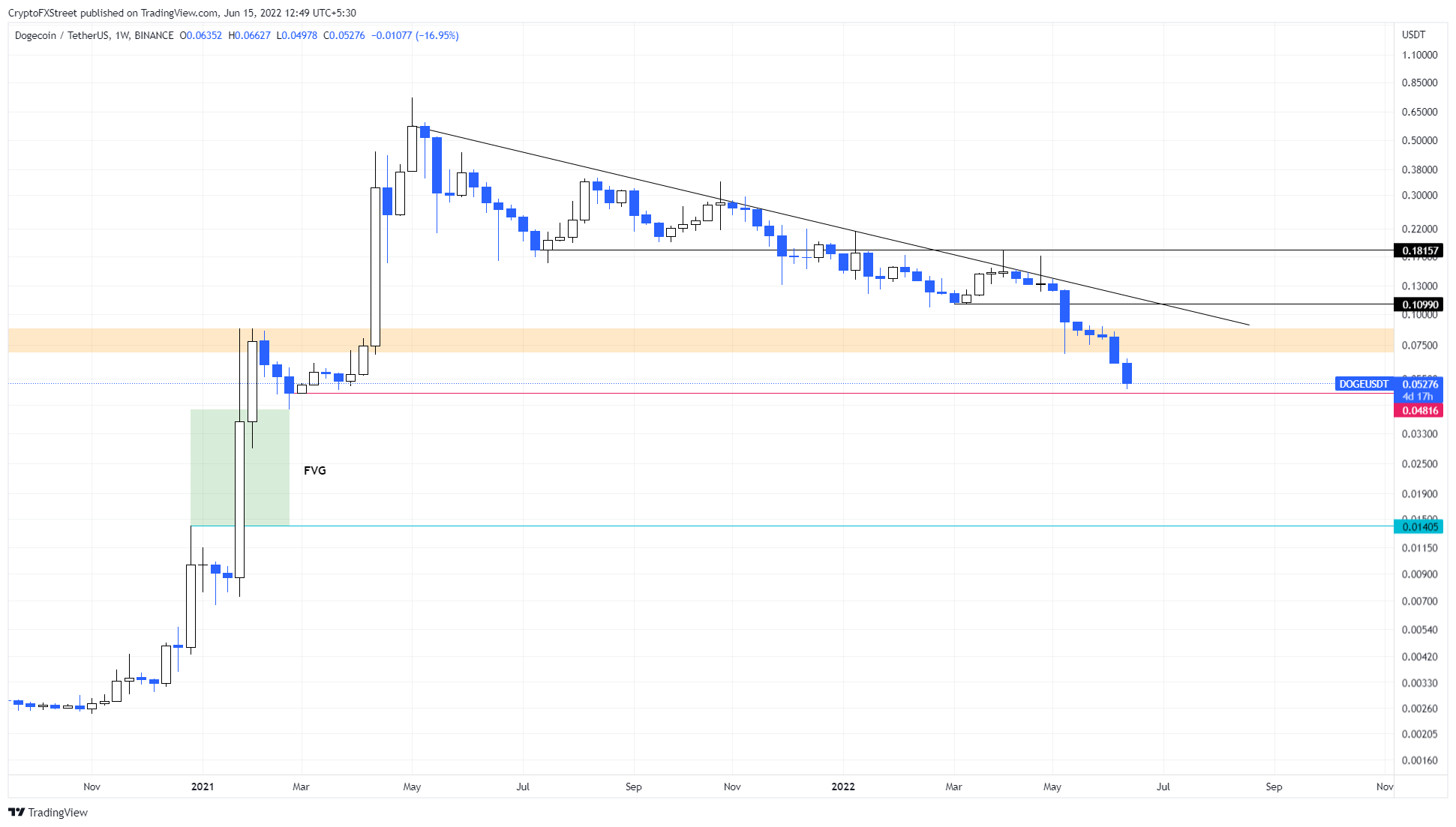 While the crypto markets are bleak for the right reasons, investors seem to be flocking to DOGE. The number of new addresses joining the Dogecoin network has been on an uptick since June 2 and has increased by 59% from 13,360 to 21,300 in under two weeks.

The last time the number of new addresses was this high was around the May 12 crash. At first glance this uptick might seem bullish but standalone, might not be enough to prevent a disaster in case of a massive market-wide sell-off. 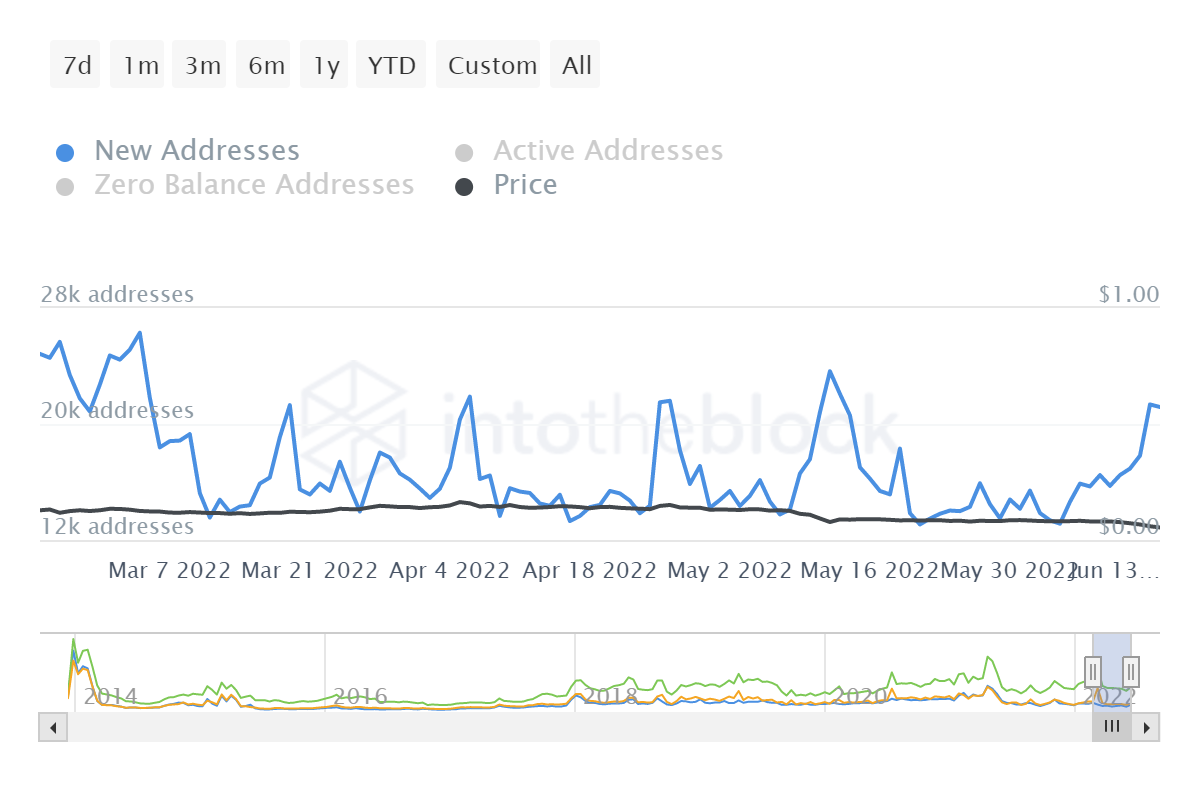 Regardless of the ongoing bearish narrative in the ecosystem, if the Dogecoin price manages to bounce off the $0.048 support level, the downside can be postponed. However, only a weekly candlestick close above $0.109 will invalidate the bearish thesis. Confirmation of a bullish trend will occur if DOGE sets up a higher high relative to the April 4 swing high at $0.179.