Dogecoin price witnessed a sharp decline in the crypto market bloodbath. The meme coin’s price hit its lowest level since April 25, 2022. An iconic rapper has shown interest in the Dogecoin price trend and fueled a bullish sentiment among investors.

Dogecoin, Shiba Inu and altcoins are bleeding amidst a crypto market crash triggered by fears of recession and rising inflation in the global economy. The Shiba-Inu-themed cryptocurrencies plunged to their lowest point over the past two week period.

Dogecoin price has wiped out holders gains with 5.2% losses overnight. Proponents believe a rapper and influencer’s recent interest in DOGE could fuel bullish sentiment among investors.

Ice Cube recently announced Snoop Dog’s purchase of two teams in BIG3. Co-founder of MyDoge wallet tweeted: “If ya dig DOGE, me and the DogeArmy will take one as well.” Bill Lee came out in support of Ice Cube’s interest in DOGE.

Ice Cube’s endorsement of Dogecoin on Twitter could fuel a bullish sentiment in the the community.

Come on wit it Bill, you know I’m down with the #DogeArmy https://t.co/d9C1TzS4ff

Dogecoin price has been on a downtrend for roughly a year and has crashed nearly 85% from its all-time high of $0.740. This steep correction set a swing low at $0.107 in late February, indicating sellers had lost control.

During its move south, DOGE created three distinctive lower highs and lower lows, which when connected using trend lines form a falling wedge pattern. This technical formation forecasts that a spike in buying pressure which could result in a 68% breakout to $0.22. 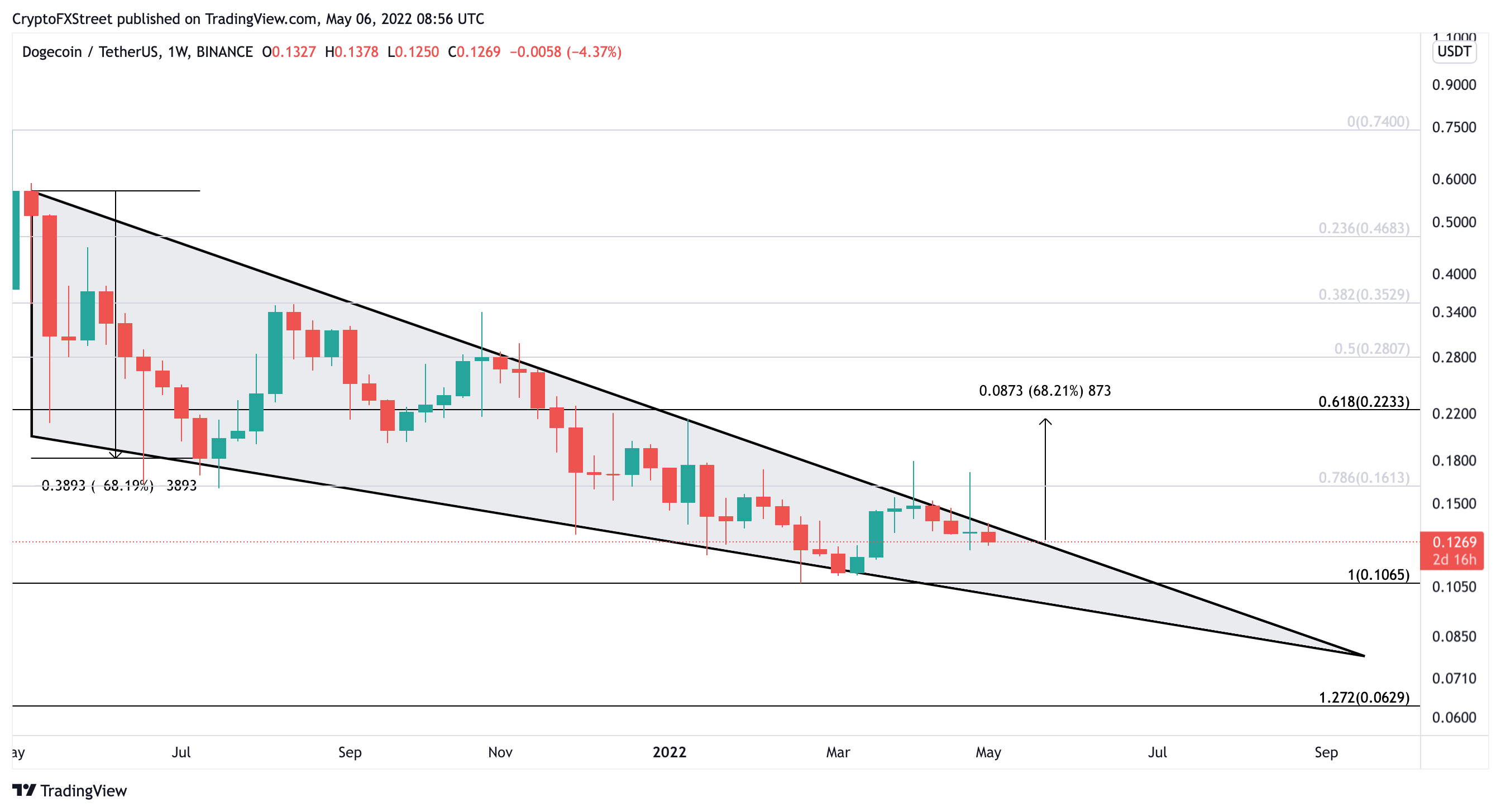 Dogecoin price must remain trading above the $0.107 support level for the optimistic outlook to be validated. Failing to do so could generate panic among traders encouraging them to exit their long positions. The potential spike in selling pressure could then push DOGE to a new yearly low of $0.062.