Shiba Inu price fell 59% from the descending triangle pattern trigger price in less than two days, pushing SHIB well below the measured move target of $0.00000966. Current price action dictates a test of the lows in the coming days.

Beginning May 12, Shiba Inu price defined a descending triangle pattern on the 1-hour chart with a measured move target of $0.00000966, representing a 36% decline. The pattern included two reaction highs and two reaction lows, and the volume was muted through most pattern development.

Shiba Inu price initially broke below the triangle’s lower trend line on May 16 before rebounding to the middle of the triangle, where it fell into a new consolidation before breaking down again on May 18. SHIB fell 59% from the trigger price before commanding some buying interest. The ensuing rally lifted the digital token 110% in a matter of hours.

Since the notable rebound, Shiba Inu has shaped a symmetrical triangle pattern just below the 50 one-hour simple moving average. At the time of writing, SHIB has declined below the triangle’s lower trend line. The measured move target of the triangle is $0.00000508, or a 52% decline from the triangle’s trigger price, taking SHIB below yesterday’s low of $0.00000607.

An extension of today’s rebound in the cryptocurrency complex or a bullish take on SHIB in the social media could void the short-term bearish outlook for Shiba Inu price and carry it back to the descending triangle’s lower trend line at $0.00001510. 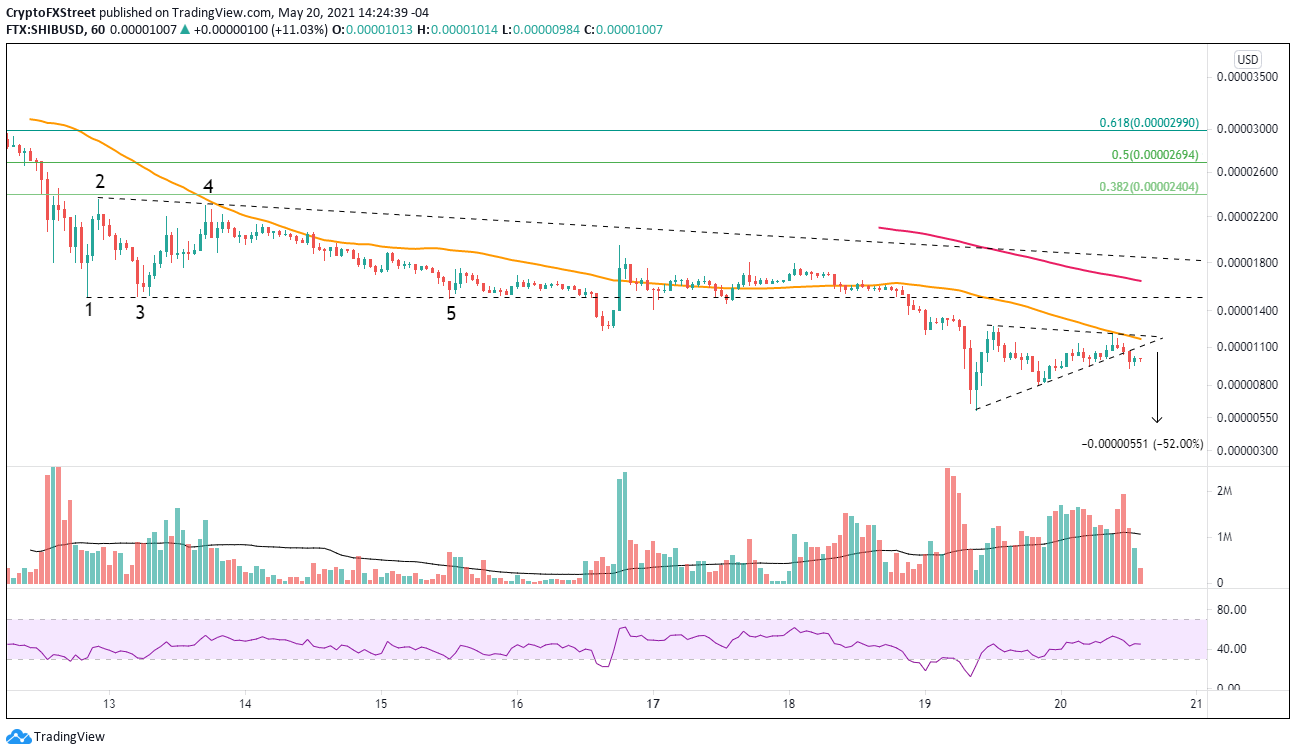