Bitcoin price has noticed a large shift in sentiment from being overly bearish to optimistic. Although greed is still out of the equation, things could soon reach these levels, especially if the trend continues as it has over the last ten days.

Bitcoin price and the prevailing dichotomy

The chances of BTC continuing this trend to reach the $25,000 psychological level are relatively high, especially if Bitcoin price manages to stay above $22,844. In some cases, this rally could extend to the overbought zone, extending from $26,768 to $29,287.

This area is likely where Bitcoin price will form a local top. Any move beyond this level would be highly unlikely, due to the resistance levels present above. 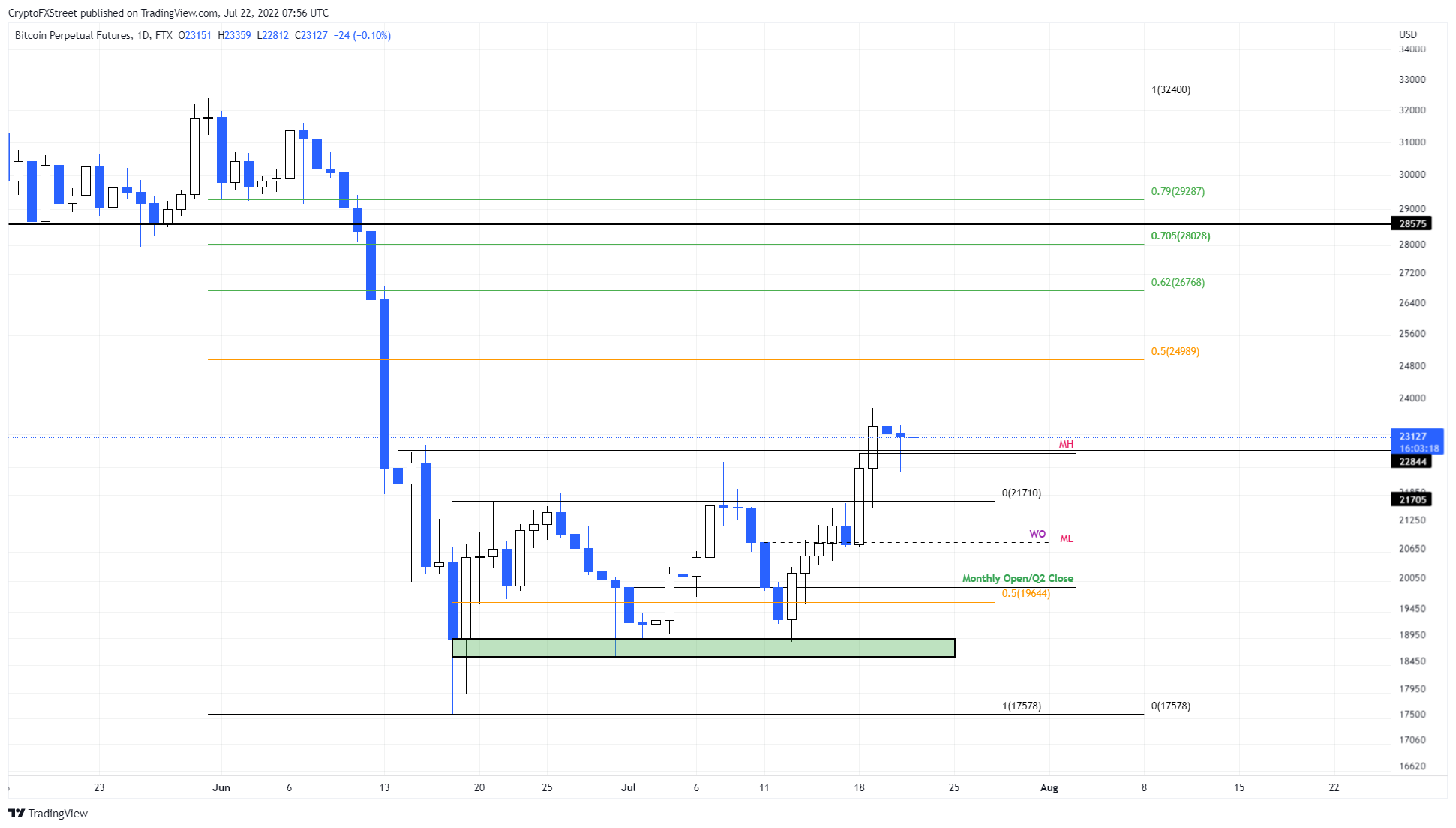 While this optimistic outlook makes sense, things could turn ugly for Bitcoin price and its investors if this bullish momentum exhausts. If BTC bears take over and produce a daily candlestick close below the $21,710 support level, it will invalidate the aforementioned scenario.

Clearly, this development would be bad for investors that purchased BTC, since it would indicate that the recent run-up was just a deviation above the $17,578 to $21,710 range.

However, for futures traders, this move is an opportunity to short.

The first level that investors need to pay close attention to is Monday’s low at $20,750, which roughly coincides with the weekly open at $20,845. If the bearish momentum is strong, this downswing could retest the $19,644 barrier, aka the range’s midpoint.

The resting place for bears would be after a dip into the liquidity pool, extending from $18,601 to $18,941. Here, buyers can regroup and attempt another leg-up.

In some cases where the selling pressure sees a massive spike, this correction could turn into a sell-off that sweeps below the range low at $17,578.

The dark side of BTC’s bearish narrative

In the 1-week chart attached below, investors can note that a major support level that has prevented Bitcoin price from crashing is $19,065. This barrier is a high-volume node aka a place where a large volume of BTC was traded in 2019. 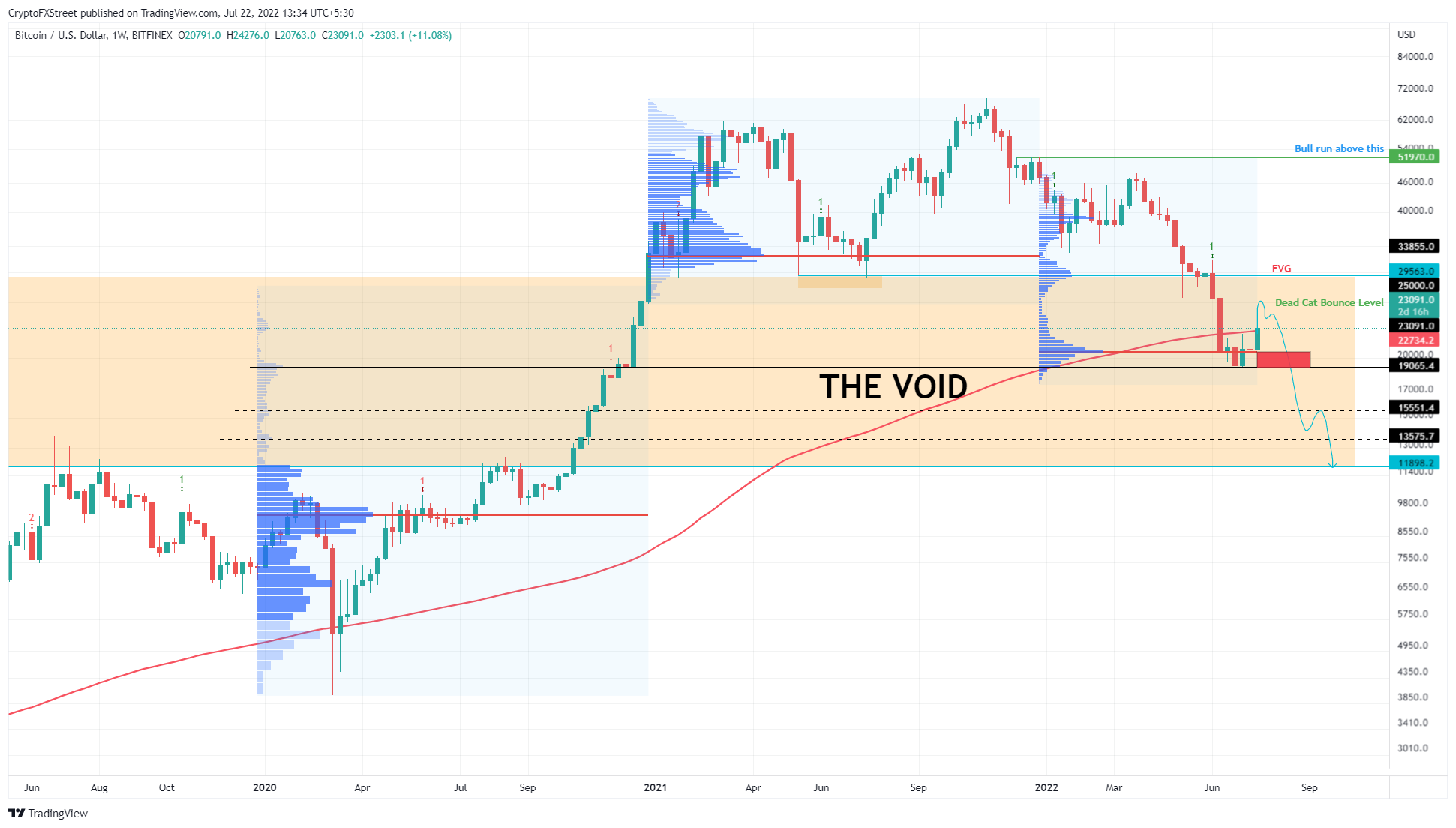 Due to the recent price action, Bitcoin price has created a volume point of control at $20,661. This level is the point at which the highest volume of Bitcoin was traded in 2022 and will serve as a stable support level. So, in conclusion, if the bears produce a weekly candlestick close below the $19,065 support level, either on a daily or weekly time frame, it would indicate that things are about to get worse.