Analysts at JP Morgan are bullish on Bitcoin

JP Morgan, an American banking giant, predicted Bitcoin price could hit $150,000 in the long term. JP Morgan had set a target of $146,000 for Bitcoin price in 2021. Analysts believe if investment inflow in Bitcoin continues, the asset could match private sector investment in Gold, estimated at $2.7 trillion.

Though analysts at the banking giant believe Bitcoin is currently overvalued, it could gain value as the asset’s volatility drops. Based on the current assessment, Bitcoin’s volatility is four times that of Gold.

In addition to JP Morgan’s prediction, activity in USD Tether is considered a reliable indicator of Bitcoin price rally points at a BTC bull run. Daily active addresses on the Tether network have dropped to two-year lows, following the high in mid-November 2021.

Historically, a drop in stablecoin transactions coincides with a Bitcoin price rally. 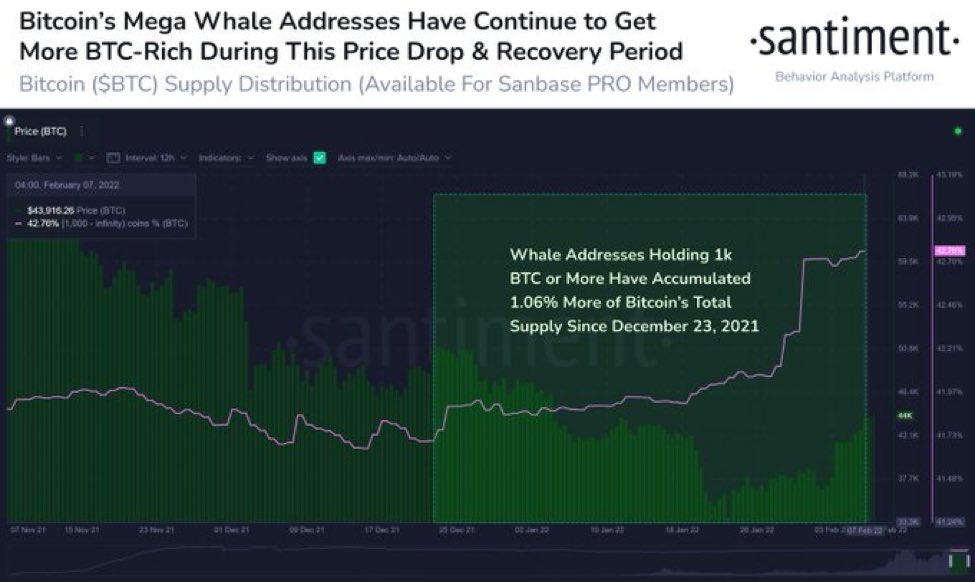 @CryptoSultan21, a crypto analyst and trader, believes that Bitcoin’s bearish trend is drawing to a close, and the asset seems to have entered the final phase of a prolonged consolidation. The analyst argues that breaking past $43,000, Bitcoin price could rally towards $47,000.

Is The Bearish Trend Over?

If history is any indication, then #Bitcoin seems to be emulating the final phase of a prolonged bear trend.#BTC is currently testing the 50MA around 43k.

A concrete break of the 50MA can be indicative of an imminent rally towards ~47k.$BTC pic.twitter.com/1zrOUo8Bx8

FXStreet analysts believe that Bitcoin price is on track to $50,000.