Bitcoin (BTC) was on repeat on Dec. 2 as markets watched another attack on $60,000 end in defeat. 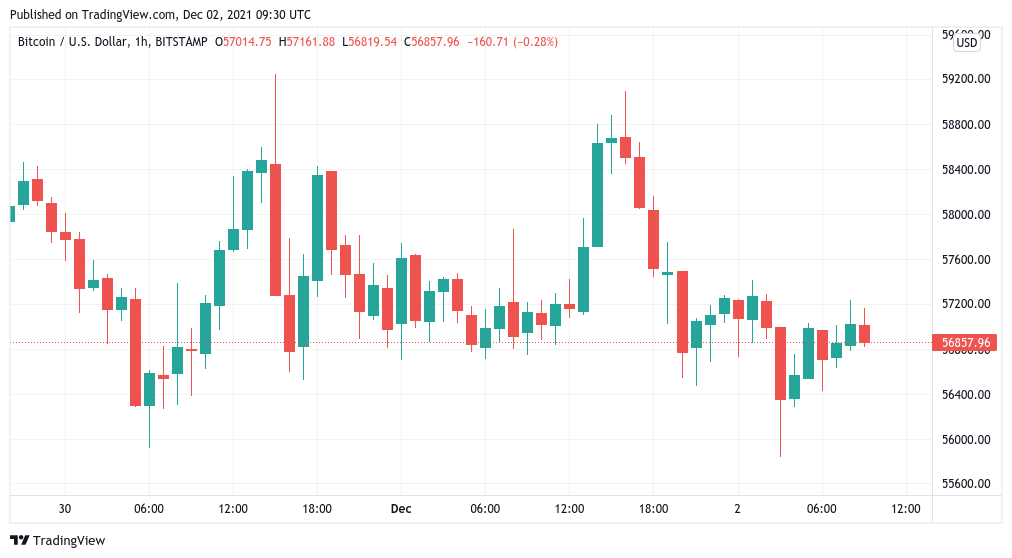 Data from Cointelegraph Markets Pro and TradingView showed BTC/USD back at $57,000 Thursday, having come full circle in 24 hours.

The pair had briefly hit $59,000 into the Wall Street open the day prior, this failing to hold as another round of macro triggers skewed sentiment to the downside once more.

Bitcoin thus fell in line with stocks reacting, it seemed, to continued concern over the new coronavirus omicron variant. The S&P 500 ended the day down 1.2%.

With a sense of frustration pervading crypto markets, analysts took the opportunity to reassert a longer-range perspective.

“Levels to watch for buys; $53K-54K zone and $47-50K zones for Bitcoin. When to buy altcoins? December. Nothing has changed past weeks.”

Those buy target lows were accompanied by renewed predictions for this cycle’s bullish peak, which, as in April this year, place BTC/USD at up to $400,000.

Fellow analyst TechDev, eyeing Fibonacci levels on the two-week chart, also described Thursday as “another day to zoom out.”

On exchanges, open interest, meanwhile, remained a source of concern due to its sheer volume relative to price action.

“At some point, this open interest is going to get flushed out one direction or the other,” analyst William Clemente commented. 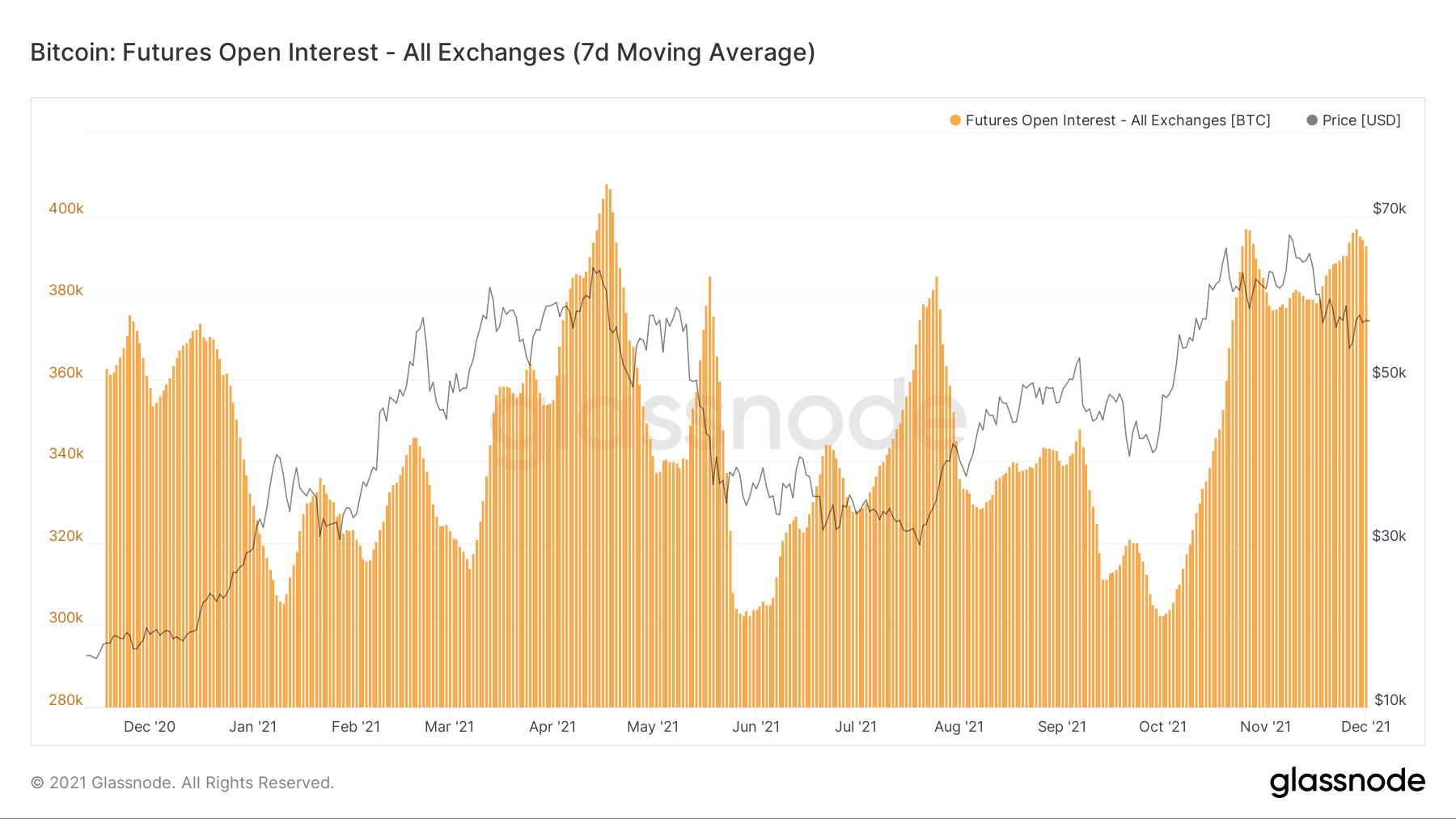 With cyclical price action characterizing the week, the mood thus stayed favoring an ultimate exit up or down, with derivatives structures being “reset” as a result.