April has historically been the most bullish month for Bitcoin. Although the pioneer cryptocurrency recorded new all-time highs in 2021, BTC has been hit with double-digit losses in March.

Bitcoin averages a 51% gain every April

While Bitcoin has reached an all-time high at over $60,000, the cryptocurrency retraced to the $55,000 level at the time of writing. The world’s largest digital currency has been lacking upward momentum and more or less stayed less volatile as $6 billion of Bitcoin options expired on March 26.

Based on Bitcoin’s historical data, April has been a massively bullish month for the digital currency. Price data over the past ten years revealed a 51% average gain for Bitcoin in April, according to Danny Scott, the chief executive of crypto exchange CoinCorner.

Scott further pointed out that there have only been two Aprils where Bitcoin witnessed losses in 2014 (-6%) and 2015 (-4%). Considering a 51% average gain for the leading digital asset in April, this could mean that Bitcoin could reach over $80,000 in the next month.

Following institutional investment in Bitcoin, including Elon Musk’s endorsement of the cryptocurrency with its announcement through Tesla, Wall Street giants could follow suit along with other countries in the world, according to Scott.

Sovereign wealth funds have already started to invest in Bitcoin. Notably, Singapore’s government fund Temasek has been purchasing virgin BTC from miners. NYDIG’s Robert Gutmann further revealed last week that the firm has been in discussions with sovereign wealth funds about getting their foot in the door with Bitcoin.

Bitcoin price predictions are high for April, as investors have been placing their bets for the coming weeks based on the effects of crypto exchange Coinbase’s direct listing on the NASDAQ.

Deribit’s data shows that while March BTC options have expired, the outlook on April is more bullish, with $2 billion in open interest and a 0.79 put/call ratio. In April, price predictions for Bitcoin have been set higher, as a majority of investors are betting on a strike price of $80,000 for BTC call options. 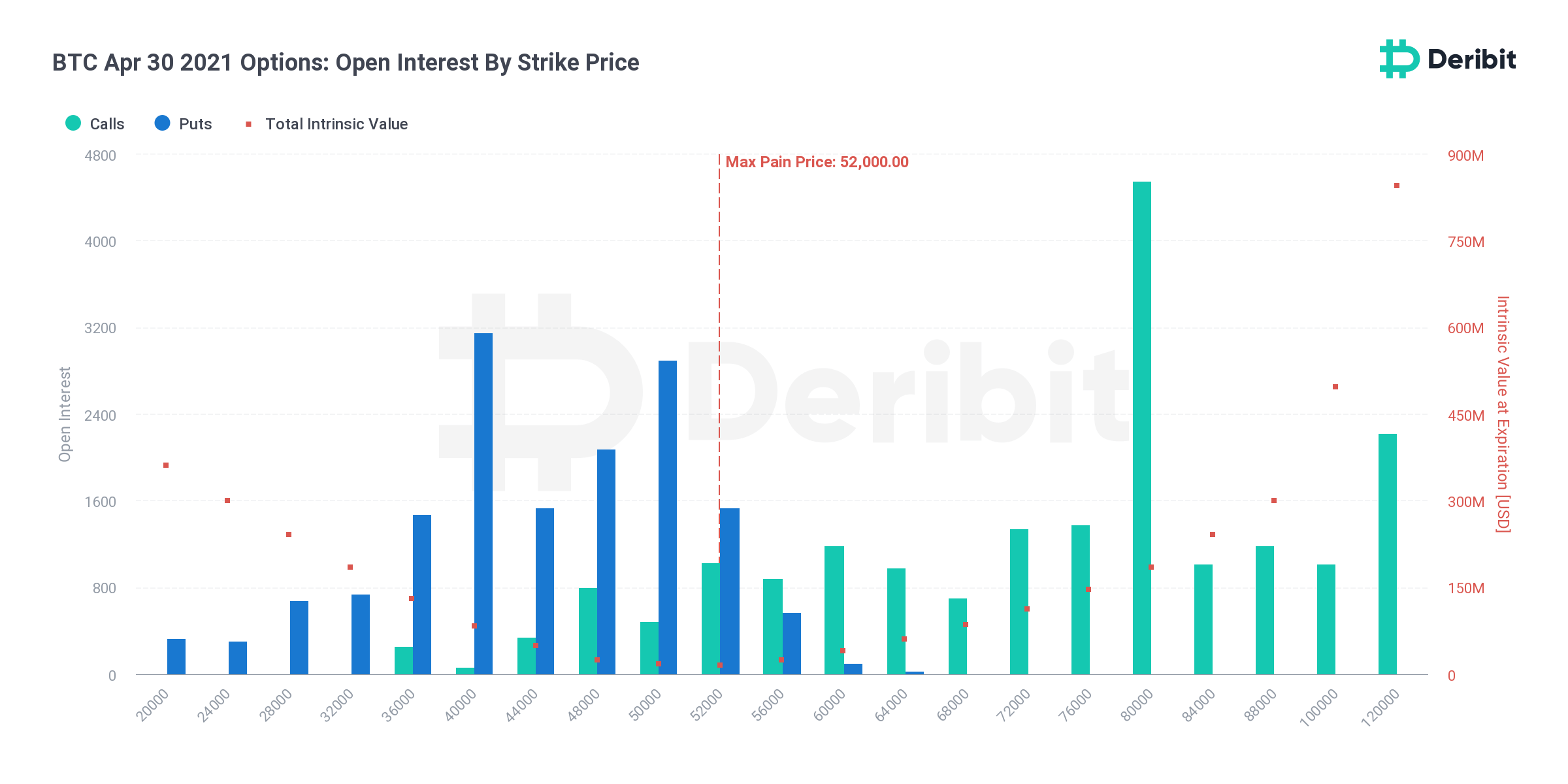 BTC derivatives have been the primary drivers of spot markets for years. At least since 2018, derivatives move spot more than spot moves derivatives.

However, Bobby Ong, the chief operating officer at CoinGecko, suggests that if Bitcoin’s performance turns out to be strong in April, it could just be a coincidence.

There has not been a good reason for why Bitcoin historically rallies in April, and according to Ong, it could be due to the cryptocurrency’s underperformance in March; therefore, April witnesses a recovery in price. He concluded: