Bitcoin price has found some significant support against a make-or-break price level. A large number of new short positions was opened near the close of yesterday’s candlestick – and those new short sellers are likely feeling the pressure as Bitcoin ticks higher.

Bitcoin price to explode close to its all-time highs

Bitcoin price has a fantastic early entry opportunity on its Point and Figure chart that is not present in any form on the candlestick chart. The entry is based on a Point and Figure pattern known as a Pole Pattern – with a slight deviation for an earlier entry.

Due to the nature of this Point and Figure pattern, as prices move lower, so does the buy stop. As a result, the stop loss remains a 4-box stop, but the profit target, based on the Vertical Profit Target Method, remains at $63,000. 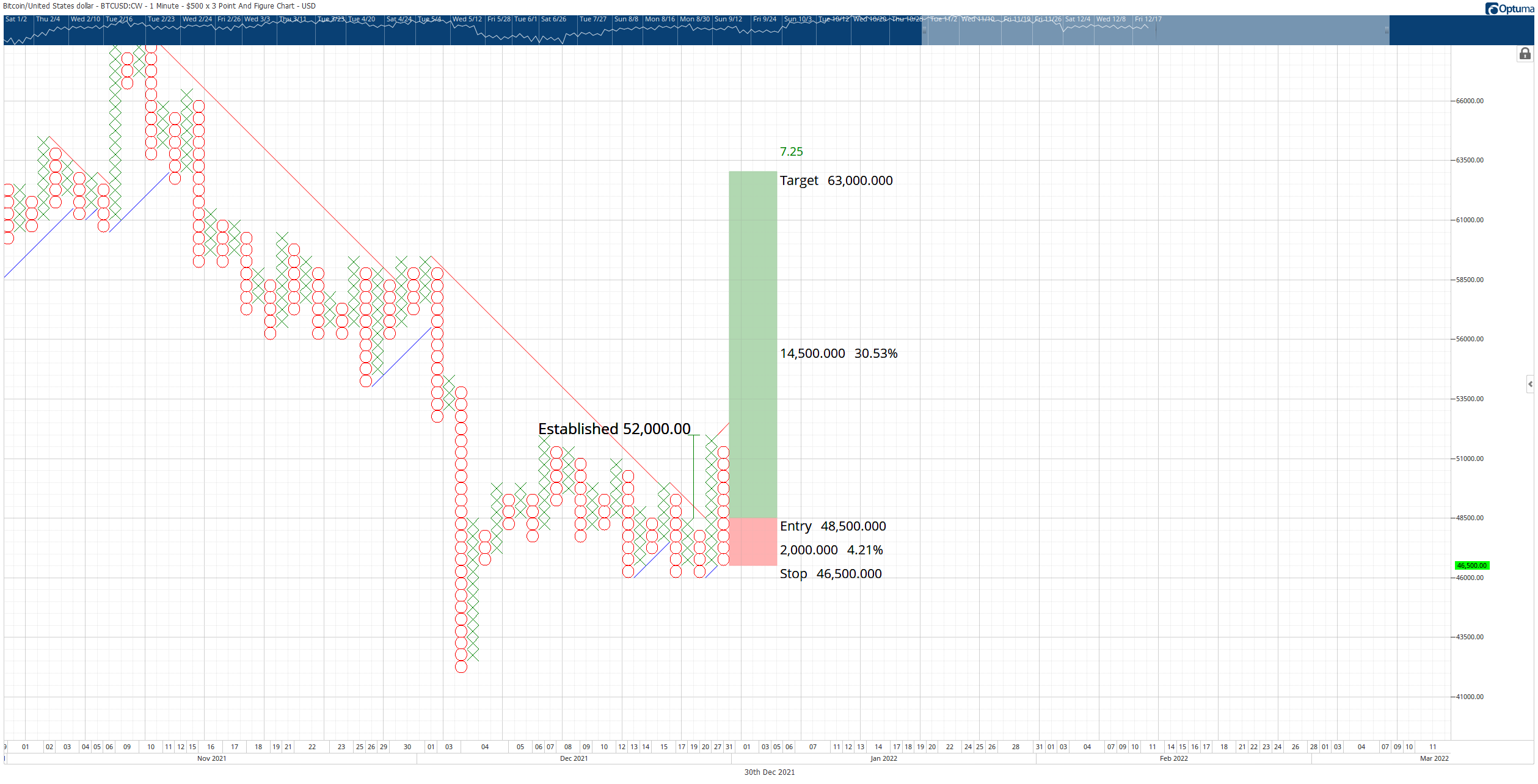 The current trade represents a 7.25:1 reward for the risk setup, with an implied profit target 30.5% above the entry. A trailing stop of two to three boxes would help protect any profit generated after the triggered entry.

Because this theoretical long setup for Bitcoin price is based on the Pole Pattern setup, there is no invalidation point. As Bitcoin moves lower, so does the entry. Before any further upside momentum continues, traders should expect some resistance at the $55,000 range.