Bitcoin (BTC) was on the back foot yesterday as cryptocurrencies came under pressure from profit-taking as the Christmas rally ended. BTC bulls refrained from making new highs and had to look below $50,000 for some support. As the price action opened below the 200-day Simple Moving Average (SMA), expect bears to seize the opportunity for another leg lower towards $44,088.

Bitcoin is not enjoying its last few days of 2021 as the Christmas rally came to a halt and, in one trading day, almost wiped out all the built-up gains of that same rally. As price action opened below the vital 200-day SMA, a close below $47,918 would be seen as a very bearish signal and would spell more downside to come with just two more trading days for 2021. Reclaiming the $50,000 is still possible, but time is ticking away.

BTC price will see more bears coming in and push prices against $47,065, with a break to the downside as a result. Bulls will want to back off and leave bears to run their course as thin liquidity will enlarge and exacerbate the trend and reach $44,088. Once there, the nosedive should be halted with the S2 monthly pivot and the historical support that also caught the falling knife price action on December 04. 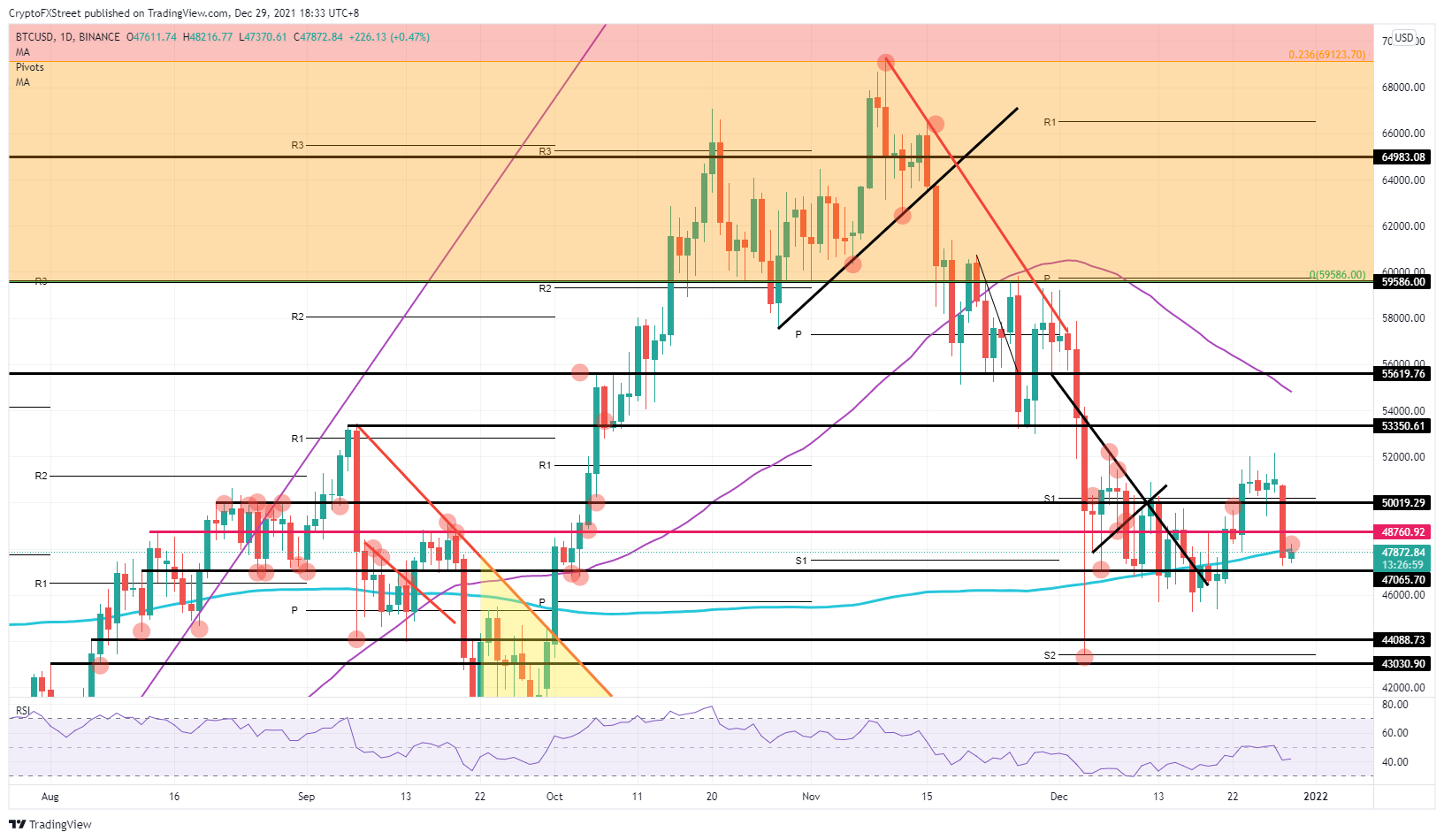 With this thin liquidity, a trend could be easily reversed, which would see bulls pairing back their losses from the previous day with a test back toward $ 52,000, punching back through the $50,000 marker. As most investors are waiting for 2022 to start, some will want to preposition for the many bullish outlooks and forecasts that have projected Bitcoin a bright future in 2022. That additional attention and investor inflow would bring BTC back towards $55,350 by the end of 2021.