Bitcoin price has remained lethargic in action after it gave up $7,500 support. The recovery from Monday’s trip below $7,200 has not managed to clear the resistance at $7,400. BTC is trading at $7,300 following a downside correction from an intraday high around $7,412.

According to Joe DiPasquale, the CEO of BitBull Capital, a crypto fund a research firm, Bitcoin’s “the next stop would be $6,000,” especially after breaking below $7,500 support. Recovery will continue to drag because of the low volumes bring recorded. DiPasquale said via a tweet:

“If the current support at $7,500 is breached conclusively, the next stop would be $6,000. The maximum upside, meanwhile, is limited to $9,500. A break down is more likely than a break upward, however, due to low volumes, repeated new lows, and low sentiment.” 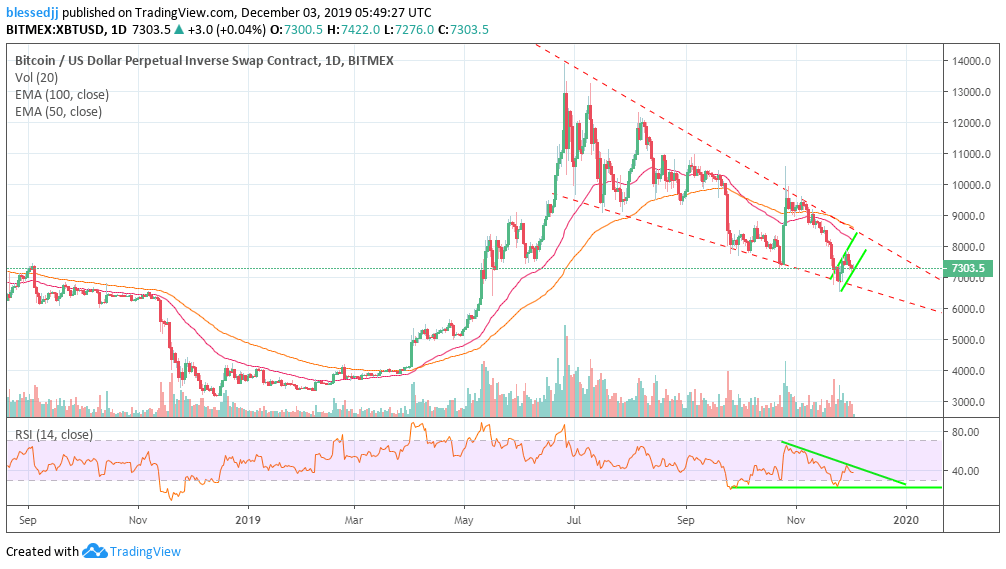 If the buyers managed to pull Bitcoin above the resistance above, the rest of the journey towards $8,000 will be relatively smooth. However, various hurdles a $7,483, $7,710 and $7,938 will still give buyers a hard time.

Vechain Price Prediction: No one wants to buy the top

Can institutional inflows postpone Solana price from crashing by 21%?

Solana price has stuck to sideways momentum over the last few days as the broader crypto market noted mixed sentiments. However, movement is expected out of the altcoin now that interest from big wallet holders in the asset has risen.

While the world is dealing with the hurdles that come with cryptocurrency regulations, many other countries are working on their own form of digital assets. MoTg AY as Central Bank Digital Currency (CBDC), the digital money will be printed and distributed by none other than the Central Bank again.