Bitcoin underwent some short-term correction after hitting $48,742 on August 13. Buyers twice picked up BTC around $44,562 with first the test of the purple ascending trend line in August and the next day on August 19. That last one, August 19, acted nicely as a bear trap, with short-sellers flocking in on the break of the trend lower with the idea that price would break down. Buyers stepped in, however, and supported the level heavily, followed by a push higher.

The leg up came on August 20 with a break of that resistance level around $48,742. Technically, this was an excellent setup. Price broke above and came back down to test for two days, but the candle's body each time stayed above the level. Resistance is now supporting, and sellers were not able to break back below this level. Buyers stayed in control and pushed the price above $50,000.

The next port of call is the monthly R2 resistance level at $51,155, but expect this one to be relatively temporary as historically in the price action there is no double top or anything else forming at this level. It will undoubtedly be an essential beacon of pause and a breathing point for the rally where both sellers and buyers can decide what to do next. 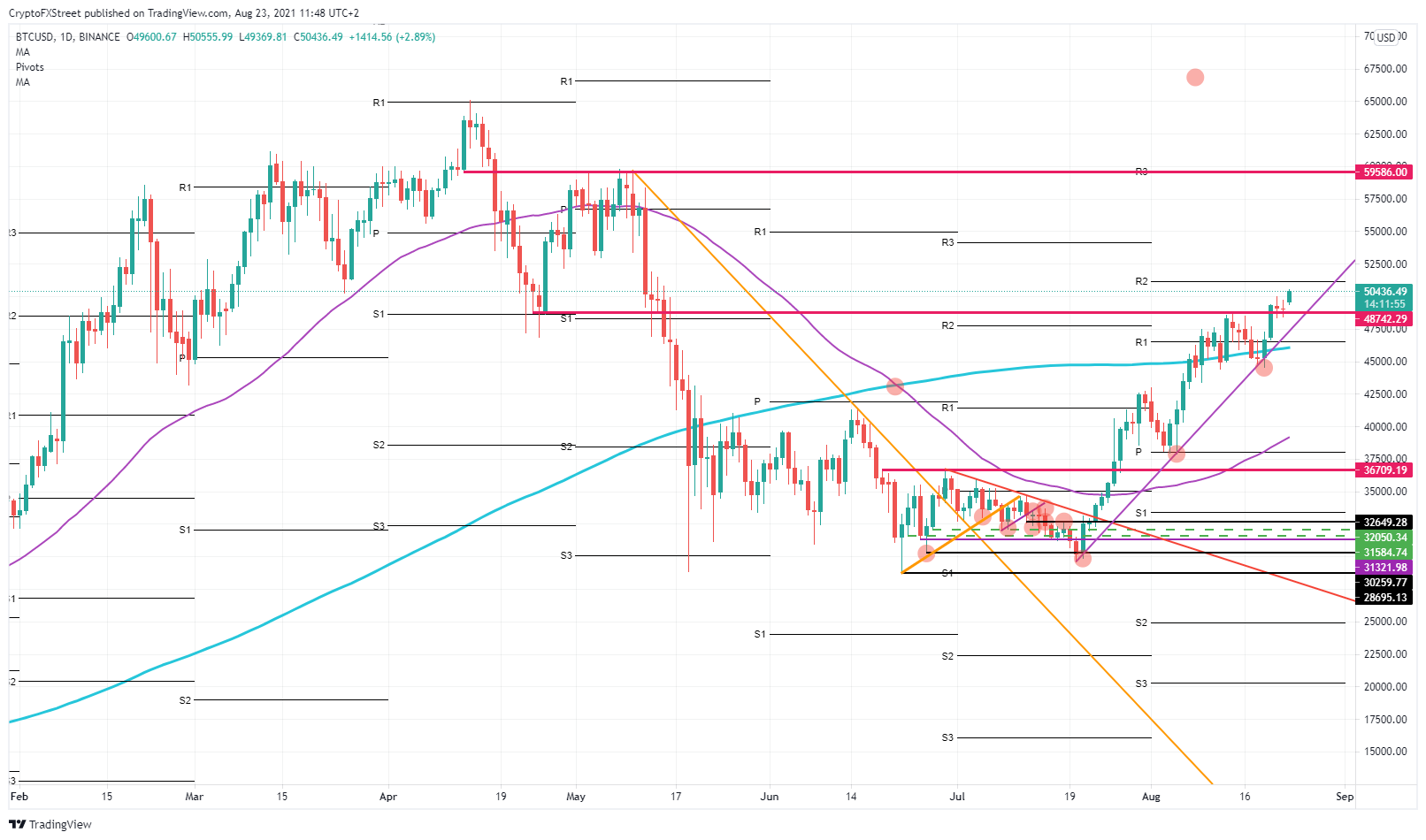 The vital point will be for the rally to keep the ascending purple trend line in place. Expect maybe again a short squeeze against R2. Once that has been taken out, there is not much in the way to push toward $59,586, which has had four failed tests since April 12. Bitcoin has not been able to break back above since then.