Bitcoin is currently leading the market in consolidation. The maturity of Bitcoin continues to surprise many. First, the crypto dipped to as low as $6,500 last week only to return to levels above $8,000 almost immediately. Secondly, the price ignored the recent delay of VanEck and SolidX’s Bitcoin exchange-traded fund (ETF) proposal for another 90 days by the Securities and Exchange Commission (SEC). The SEC said that price manipulation was still an issue and that it was within its mandate to postpone the verdict.

In the meantime, the reversal from the $6,500 support coupled with the consolidation in the last few days, has formed an inverted shoulders pattern that is grinding near to a breakout. BTC/USD surge above $8,200 is likely to place in a trajectory path past the recent highs at $8,384 and eventually touch $9,000. Besides, the bulls have confidence that Bitcoin will hit $10,000 in the medium term especially if it can sustain the support at $7,800 - $8,000.

As far as the technicals are concerned, Bitcoin is poised for sideways trading in the coming sessions on Thursday especially if the fundamentals remain constant. The RSI is moving horizontally at 51.72 while the MACD is hugging the mean line. Both indicators are adding strength to the sideways trend. 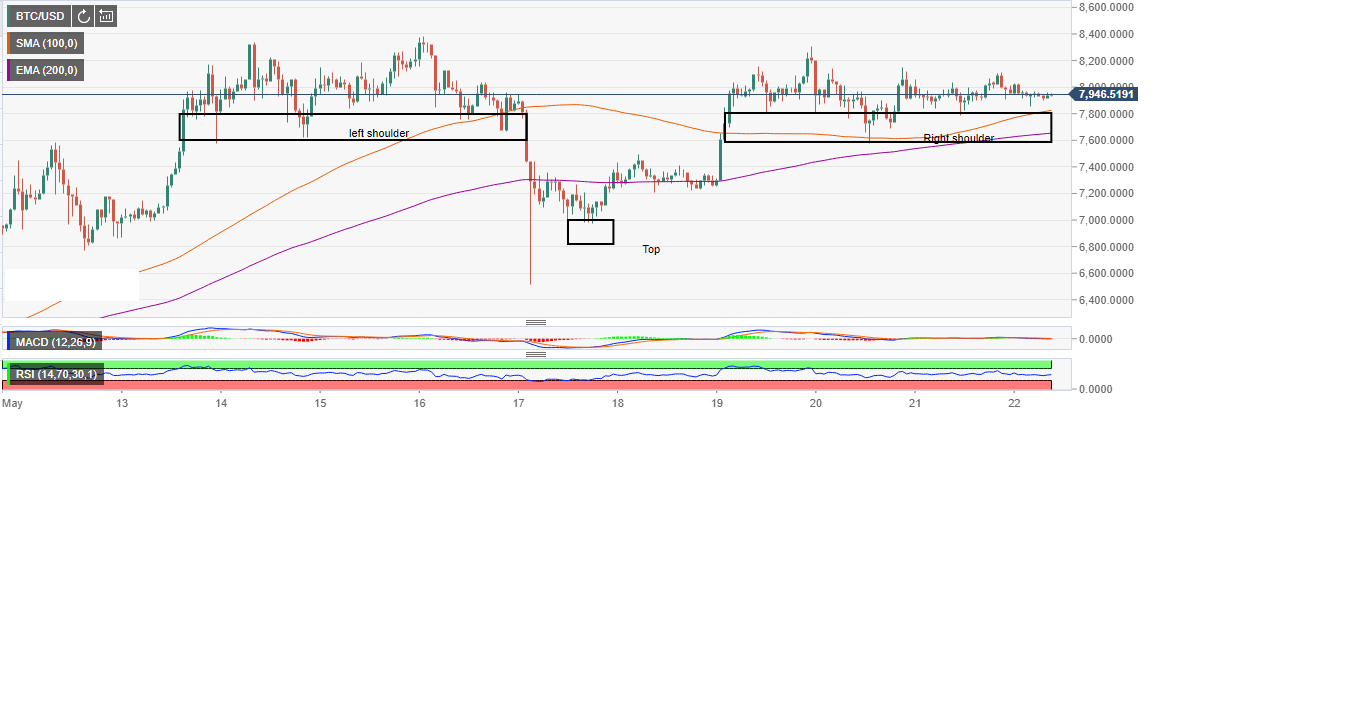 A privacy-focused cryptocurrency Zcash is less than a month away from its first-ever halving event that will take place on block 1 046 400, around November 18.

LINK, OMG, and THETA spike 10% over the past 24 hours thanks to PayPal

The cryptocurrency market saw a $20 billion increase in its total market capitalization in the past 24 hours. It is only $6 billion away from the 2020-high on September 1 at $391 billion total.