Bitcoin Cash has been inside a steady and robust uptrend since September 2020. In total, the digital asset has risen by more than 130% but hasn’t yet beaten the 2020-high of $498 established on February.

BCH is currently trading at around $440 after significant continuation in the past 24 hours from an initial breakout above $360 on January 3. The digital asset now faces very little resistance ahead according to various indicators.

According to the In/Out of the Money Around Price (IOMAP) chart, Bitcoin Cash has established a strong resistance area between $428 and $441. A breakout above this range can quickly push Bitcoin Cash price towards $500. 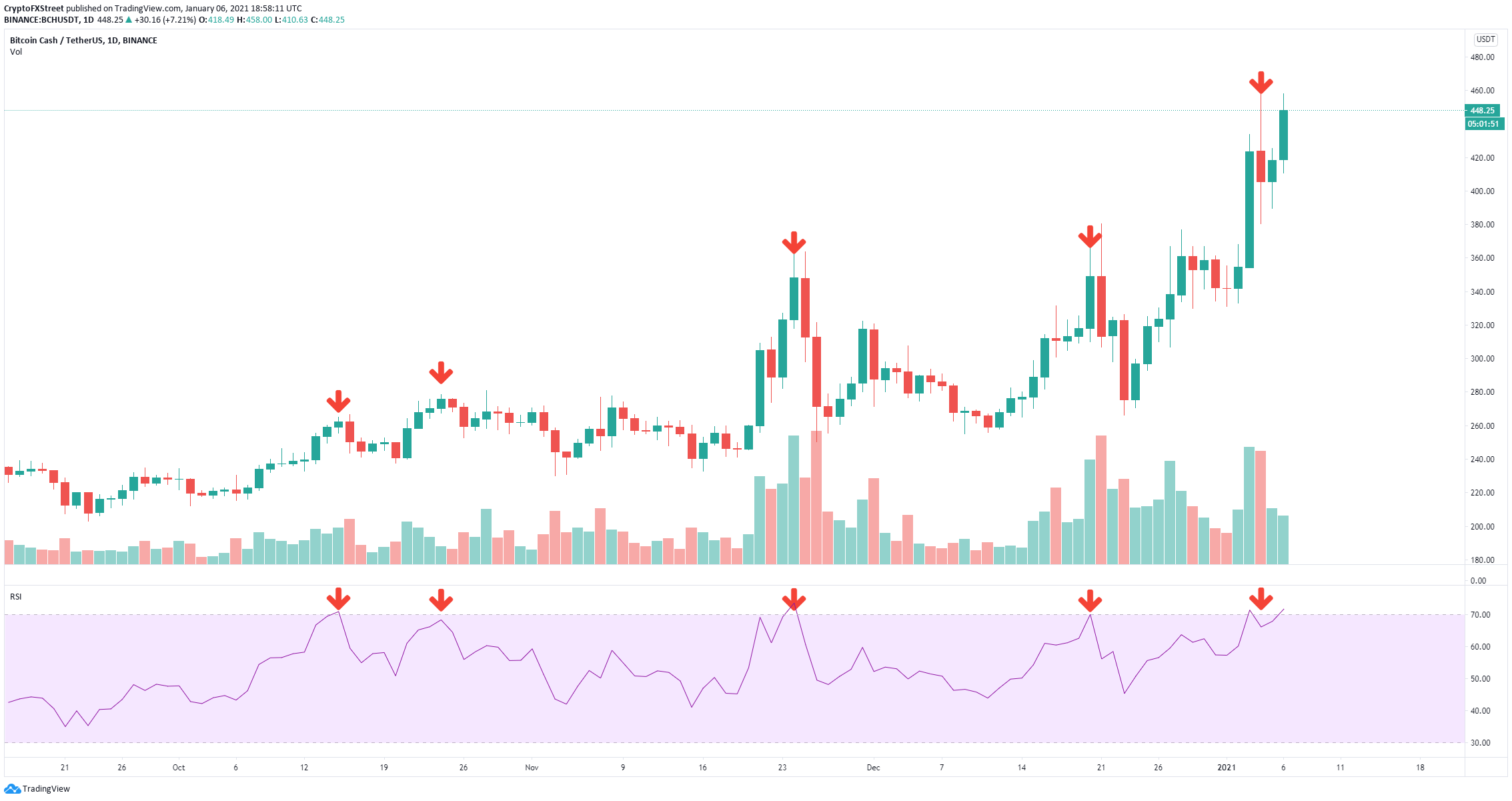 However, on the daily chart, the RSI is overextended, which indicates a pullback is nearby. In the past several months, the overbought RSI has been an accurate indicator of temporary tops for Bitcoin cash. 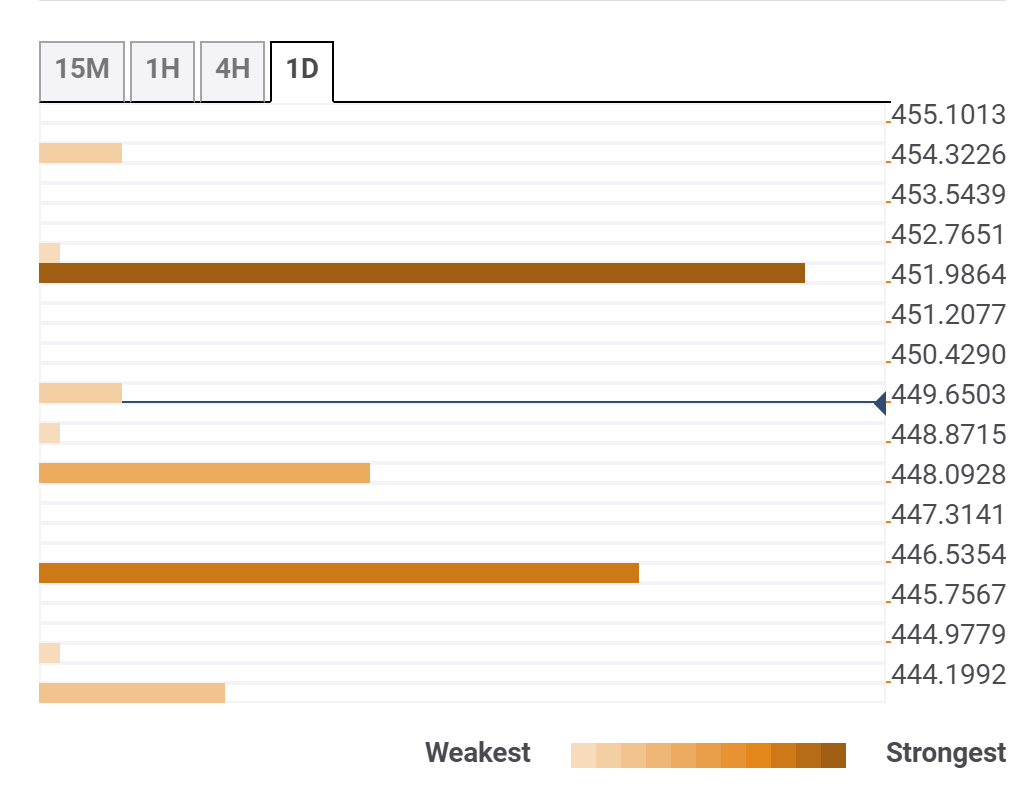 The confluence detector shows weak support below at $448 which is the Pivot Point on the daily and $445 which coincides with the Pivot Point 1 Week R3 and the previous hourly low.

On the way up, the most significant resistance level seems to be located at $452 where the 10-SMA on the 15-minutes chart is located and the Pivot point 1 Month R2.

Sandbox continues to drift lower, bears to push SAND to $3.80

Sandbox price has made a slight bounce during the Thursday trading session, attempting a bullish daily close after three straight days of losses. However, sellers remain in control, and bulls will need to make some significant gains to convert SAND back into a bull market.

Axie Infinity price has dropped more than 10% since Monday and is nearly 57% lower than its all-time high. A bearish continuation pattern points to another leg south before buyers step in. Axie Infinity price action has been a source of frustration for bulls.

Solana (SOL) price action has been fading towards $131 after being rejected at $160, with bulls unable to make new highs. The recent break of the 200-day Simple Moving Average (SMA) looks to have been picked up by investors.