The fortune smiled upon Bitcoin Cash. The first Bitcoin's fork and now the 6th largest digital asset gained over 16% on a day-to-day basis and over 32% on a weekly basis amid a strong bullish momentum. At the time of writing, BCH is changing hands at $365 after testing an intraday high of $380.

BCH market value jumped to $6.7 billion, while its average daily trading volume is registered at $7 billion.

A famous internet entrepreneur and political influencer, Kim Dotcom, added fuel to BCH bullish trend by saying that the coin is great for payments. He also added that the Bitcoin's fork could reach $3000 in the coming year as more and more merchants would start accepting it as a means of payment.

I’ll retweet this in a year.
Maybe earlier.

Moreover, answering to the criticism from Bitcoin maximalists, Kim promised that he would implement BCH support within the K.im platform that allows people to create and share digital content and get paid for it.

BCH ready to break free from an ascending triangle

From the technical point of view, BCH is hovering around the upper x-axis of an ascending triangle on a weekly chart. This chart pattern usually implies that the price has a lot of unrealized bullish potential. 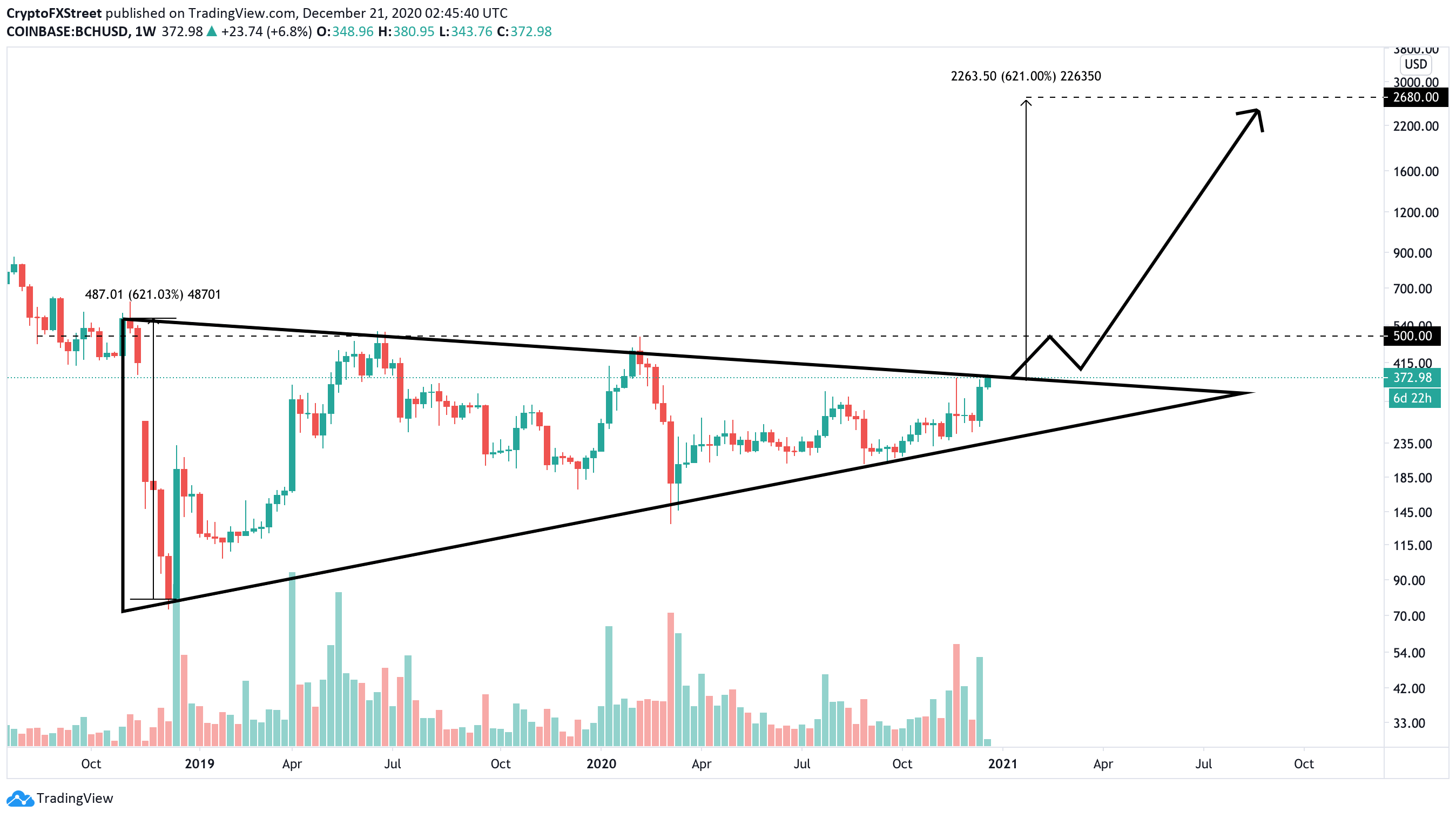 Once the price breaks above $372, the upside momentum may start snowballing with the first estimated target at the psychological $500 and the ultimate bullish goal of $2,680. This move will represent an over 600% increase from a breakout point.

On the other hand, the rejection from the above-mentioned resistance of $372 will lead to the downside correction towards the ascending triangle's hypotenuse at $235. 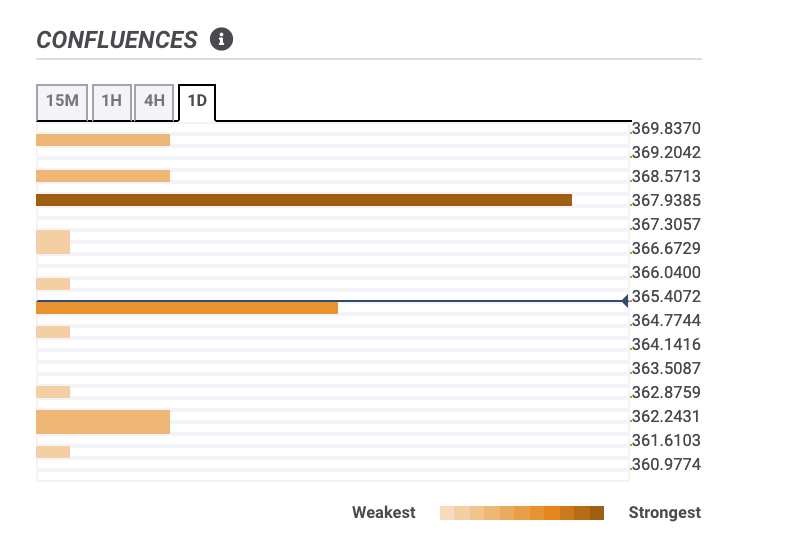 Meanwhile, the BCH confluence detector implies that the coin may have a hard time pushing through the $368 resistance created by the previous day's highest level. Once int is cleared, the upside momentum may gain traction.

On the downside, the initial support sits below the current price at $365. It is reinforced by the upper line of the 4-hour Bollinger Band. The next short-term bearish target is around $361 (1-hour SMA10).