Bitcoin (BTC) rebounded strongly from $41,000 during Jan. 20 as bears hoping for a step into lower territory stayed disappointed. 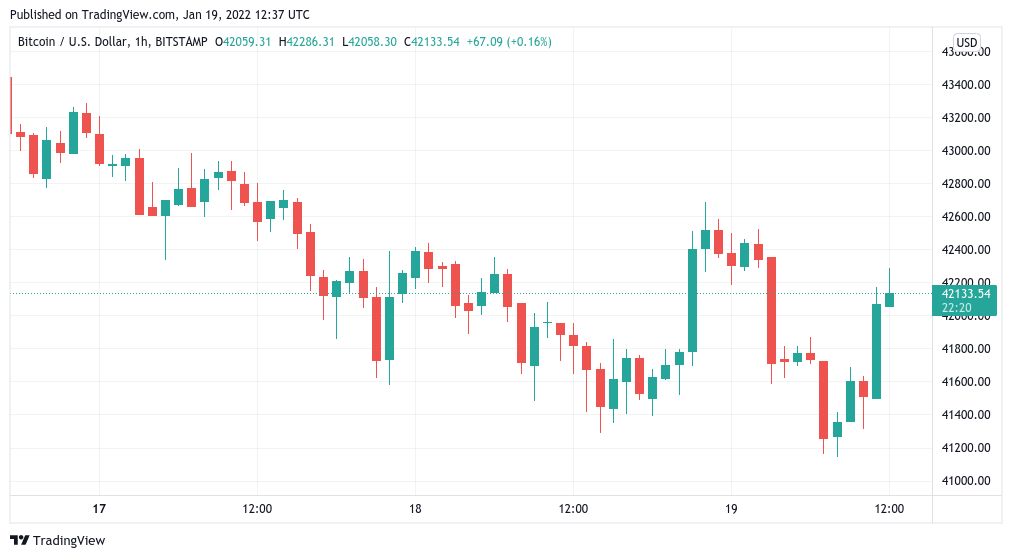 Data from Cointelegraph Markets Pro and TradingView showed BTC/USD adding $1,000 after dipping to near the $41,000 mark for the first time since Jan. 11.

In what could be a temporary reprieve, Bitcoin nonetheless stayed rangebound, with no noticeable attacks on resistance — behavior all too familiar for spot traders in recent days.

"Good bounce from Bitcoin, but I'd be happier if we reclaim $42.4K region," Cointelegraph contributor Michaël van de Poppe summarized in his latest Twitter update.

In a previous post on the day, Van de Poppe highlighted $38,000 as an "ultimate" line in the sand that needs to hold should a fresh breakdown occur.

"The ultimate test for Bitcoin is the area between $38-40K. Holding there would confirm buyers stepping in + bullish divergence for a reversal," he added.

Others were confident in the market's current strength, given a similiar bounce on U.S. stocks prior to the Wall Street open.

Earlier, Cointelegraph reported on forecasts for Bitcoin relative to stock market performance, with well-known analyst Mike McGlone of Bloomberg Intelligence predicting that the broader correlation between crypto and equities would continue through this year.

Nonetheless, another topic of interest this week focuses on a divergence in performance between Bitcoin and the Nasdaq, with proponents hoping that BTC would definitively "decouple" from the index's downward trend.

On altcoins, only Terra's LUNA token was able to stand out from sideways action on the day, up 7% and above $80. 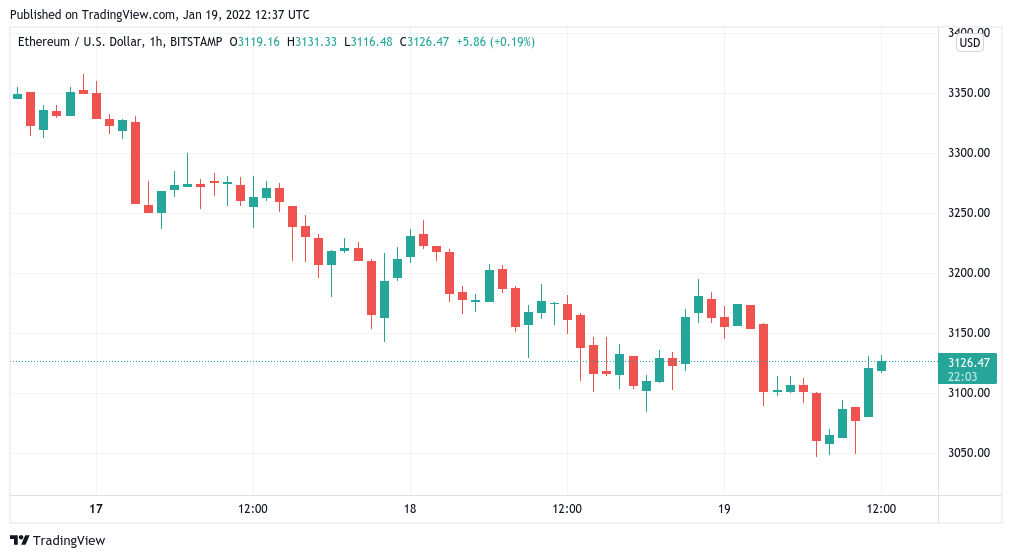 In his latest YouTube update, Van de Poppe gave a target of $2,800 for a short-term floor on ETH/USD, noting that its relative strength index was apt to provide a "bullish divergence" for price in the coming days.