The crypto bloodbath is unlike previously seen flash crashes. Bitcoin price declined nearly 8% in the European session, slightly recovered its losses before resuming the downtrend. Analysts are evaluating where Bitcoin price bottom lies, as BTC nosedives to the $21,500 level.

Bitcoin price declined nearly 9% overnight. BTC hit a three-week low at the $21,500 level. The crypto market was hit by a bloodbath and a sharp decline in the European session. Bitcoin and Ethereum shed their gains from the past week, altcoins witnessed double-digit losses.

It’s not showing the pattern of a flash crash, as the assets didn’t immediately rebound sharply but sank even lower in the hours that followed. It seems likely that this was as a result of a large sale transaction.

While Cardano was the first cryptocurrency to decline in the bloodbath, Bitcoin, Ethereum, Dogecoin, Shiba Inu and other altcoins followed.

CryptoCapo, a crypto analyst and trader believes Bitcoin price is ready to plummet to new lows. The analyst argues that Bitcoin’s resistance is $23,500. This is an opportunity to sell the asset. If Bitcoin consolidates below $21,000, the downward trend is likely to persist till BTC price hits a new low. 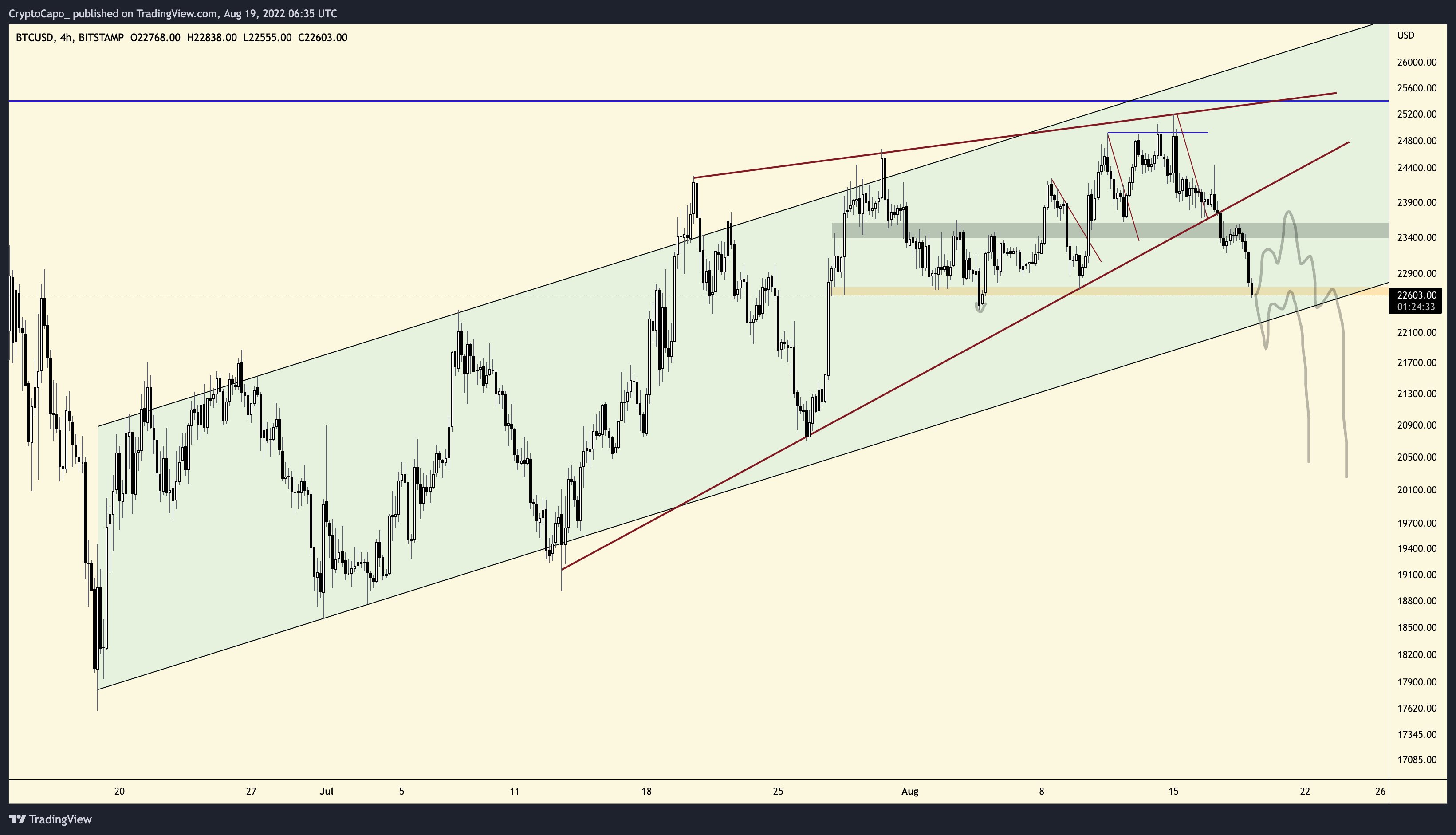 Justin Bennett, a crypto analyst and trader argues that Bitcoin price has room to descend lower. Bennett has identified four likely bottoms for Bitcoin price. Currently, the $10,000 level looks like a price bottom based on the June flag point. In his recent tweet, Bennett discusses all four bottom scenarios and concludes that BTC price has bearish potential.

Here's one sign (or four) that #Bitcoin has NOT bottomed.

Measured objectives from left to right: 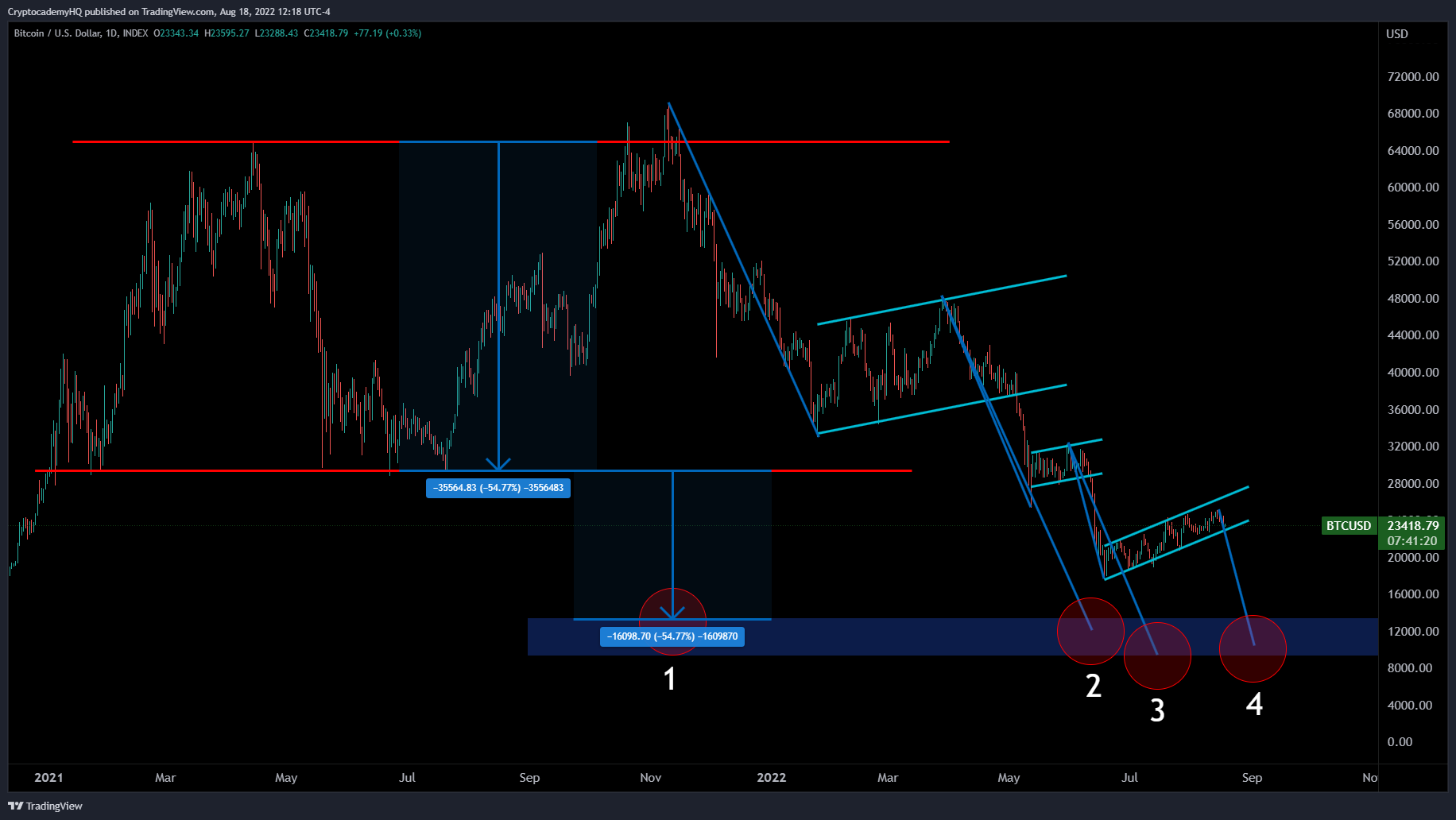