Binance coin is up by 60% since January 1, 2021, reaching a market capitalization of over $9 billion for the first time ever. The digital asset is on the verge of passing Litecoin and Chainlink. However, several indicators have turned bearish for the exchange token which seems poised for a correction.

Binance Coin price at risk of a major correction

It seems that the number of whales holding at least 10,000 BNB has dropped significantly since January 24 from 157 to 150 currently. Although this number had a spike in the past 24 hours, it is still in a downtrend indicating that whales are taking profit which could be concerning for the bulls.

Even more worrying is the fact that the TD Sequential indicator has presented a triple sell signal on the 6-hour, 12-hour and daily chart at the same time. This is more than significant and shows BNB is more than likely poised for a correction. 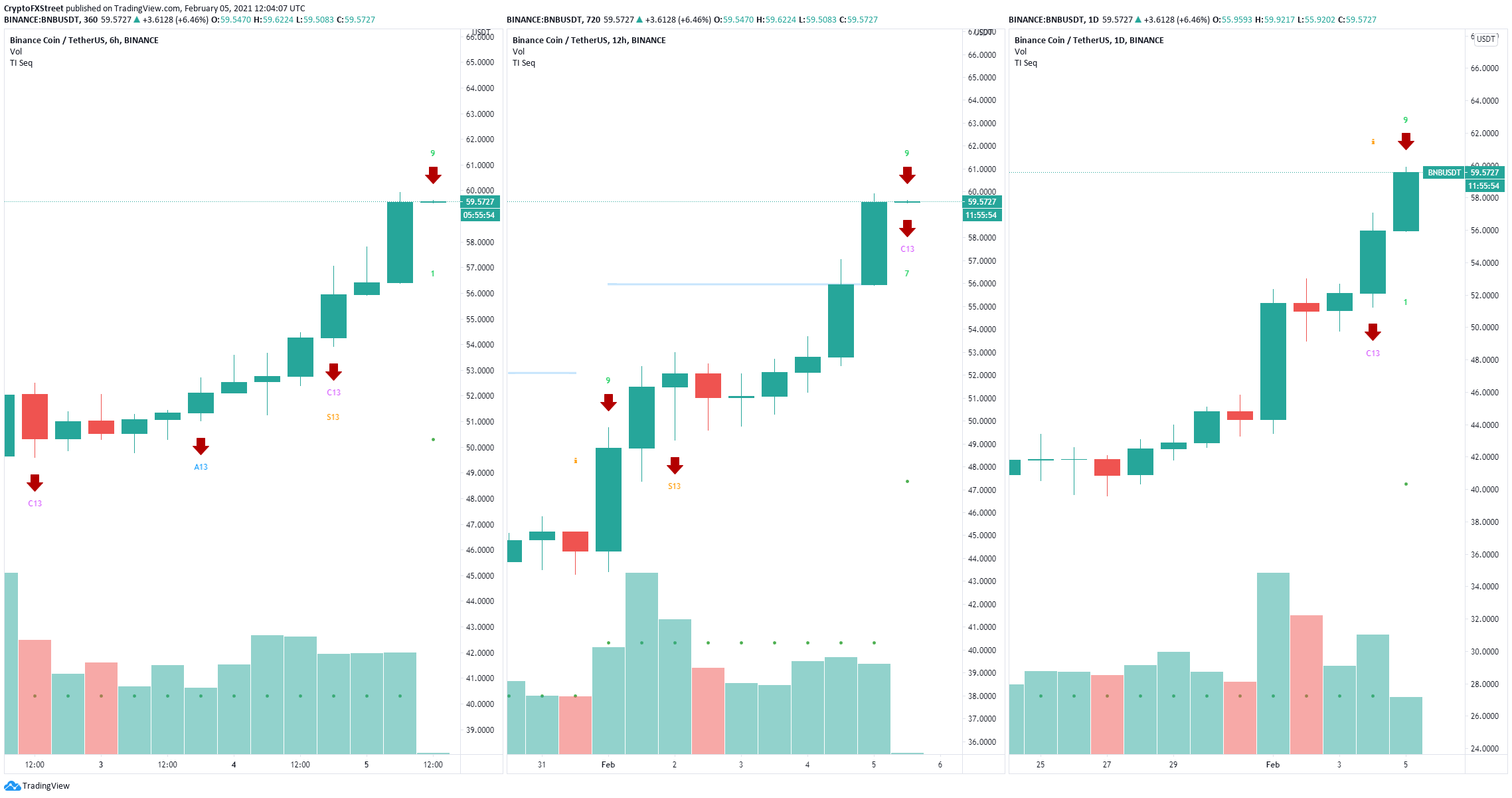 Using the Fibonacci Retracement tool we can determine several important price targets on the way down. The first is located at $52.8 which is the 78.6% fib level and the next at $47.22. It’s important to note that there are almost no big support levels on the way down. 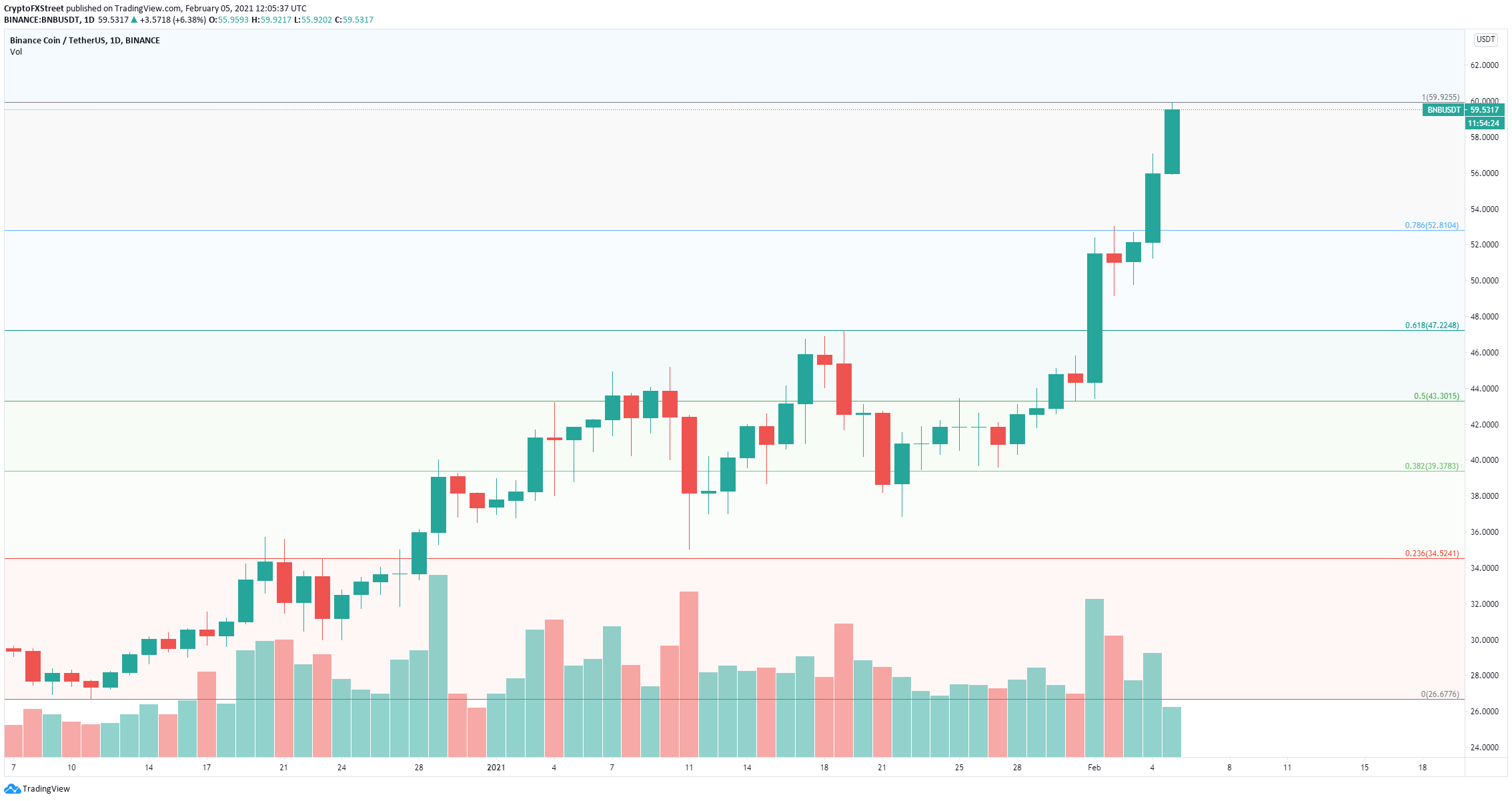 However, if BNB bulls can hold the $52.8 support level, Binance Coin price can bounce back above $60 towards the next critical resistance level at $69 which is the 127.2% Fibonacci level.