Axie Infinity price faced two scenarios at the beginning of the trading week: a bounce and retest of $90 or a drop towards $31. As AXS transitions into the weekend, bears look to have taken control and pushed Axie Infinity to new 2022 lows.

And that may be the move that must occur. Axie Infinity remains one of the only primary metaverse/gaming-token class cryptocurrencies that has not had a 50% logarithmic retracement from its all-time high to the low of the monthly strong bar.

However, further bearish price action is likely to become increasingly difficult to achieve. This is because there remain significant gaps between the Tenkan-Sen and the bodies of the daily candlesticks. Within the Ichimoku Kinko Hyo system, the Tenkan-Sen does not tolerate significant gaps between itself and the bodies of candlesticks. When gaps appear, they often resolve immediately, but usually no longer than four to six periods. A mean reversion setup becomes increasingly probable the lower AXS goes. 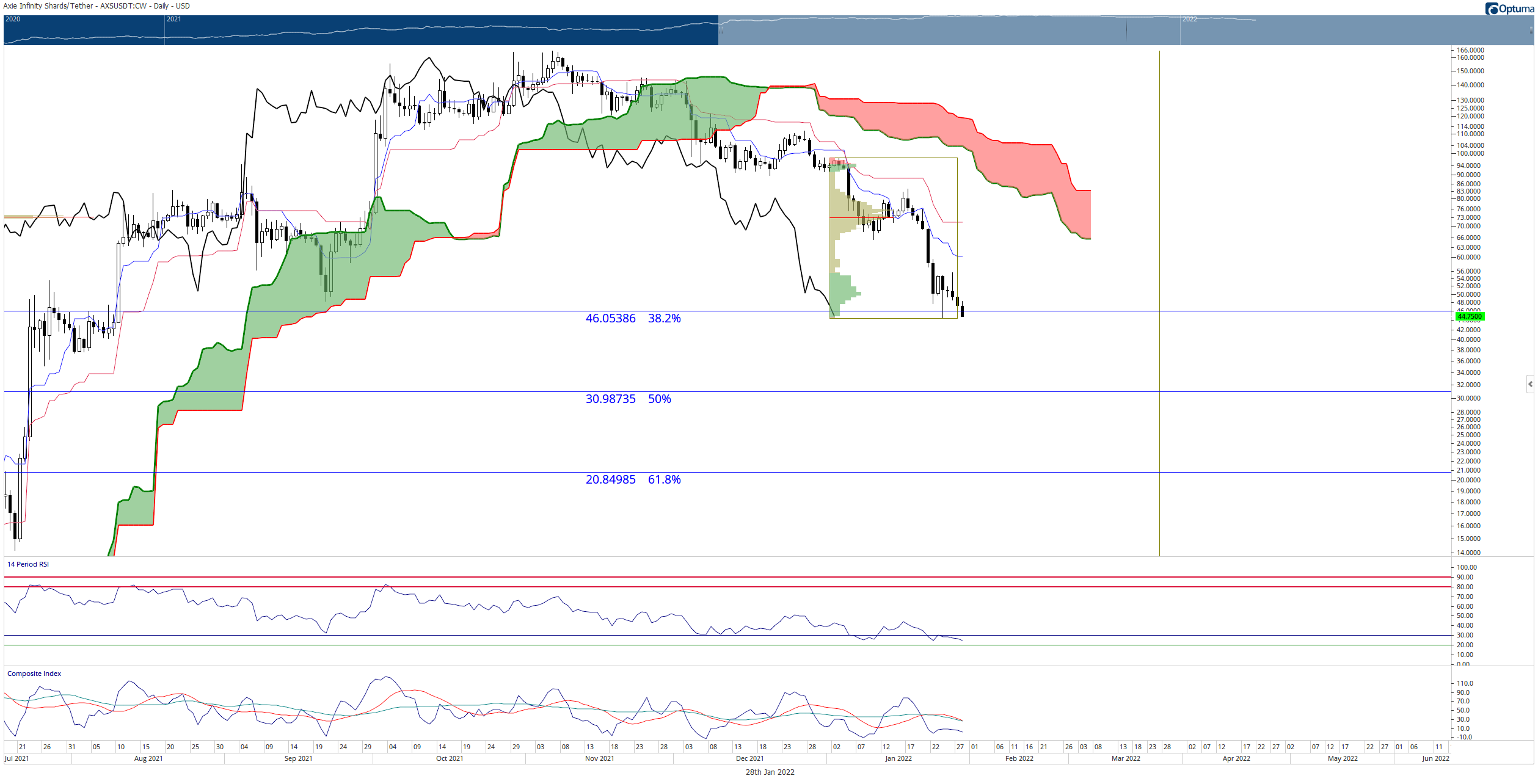 Additionally, Axie Infinity’s oscillators continue to sit in oversold conditions, giving more weight to the likelihood of a bullish mean reversion very soon. Bulls will need to close Axiey Infinity price at or above $46 to limit how much further the bears can push AXS. If bears close AXS below the 38.2% Fibonacci retracement, then a fast drive south towards $31 is highly probable.

Crypto.com price is about to pull off an unexpected move

Ethereum whales have accumulated Shiba Inu consistently through the meme coin’s bloodbath. While most large wallet investors have shed their Shiba Inu holdings, BlueWhale0073 has scooped up more SHIB tokens for their portfolio.

Bullish or bearish? Dogecoin price is primed for a spike in volatility

Dogecoin price is forming unpredictable behavior. A price spike back into $0.10 now has a high probability. Dogecoin price continues to display the need for balance within the steep declining price action.