Axie Infinity price slid below a crucial higher time frame support level, leading to a steep correction. This downswing seems to have come to an end as AXS bounces off another significant level, kick-starting a massive run-up.

Axie Infinity price dropped roughly 33% after hovering above the weekly support level at $94.98. This down move flipped the said foothold into a resistance barrier and sliced through the 200-day Simple Moving Average (SMA) at $85.17.

However, a 3-day demand zone, stretching from $58.22 to $69.22 came to the rescue, absorbing the incoming selling pressure. As a result, AXS has rallied roughly 15% and looks primed for another leg-up.

Short-term traders can open a long position at the current position or wait for a retest of the zone.

The 200-day SMA at $85.17 will be the only hurdle in its path higher, clearing it, will allow Axie Infinity price to retest the weekly resistance barrier at $94.98. This move would constitute a 28% ascent and is where investors can book profits. 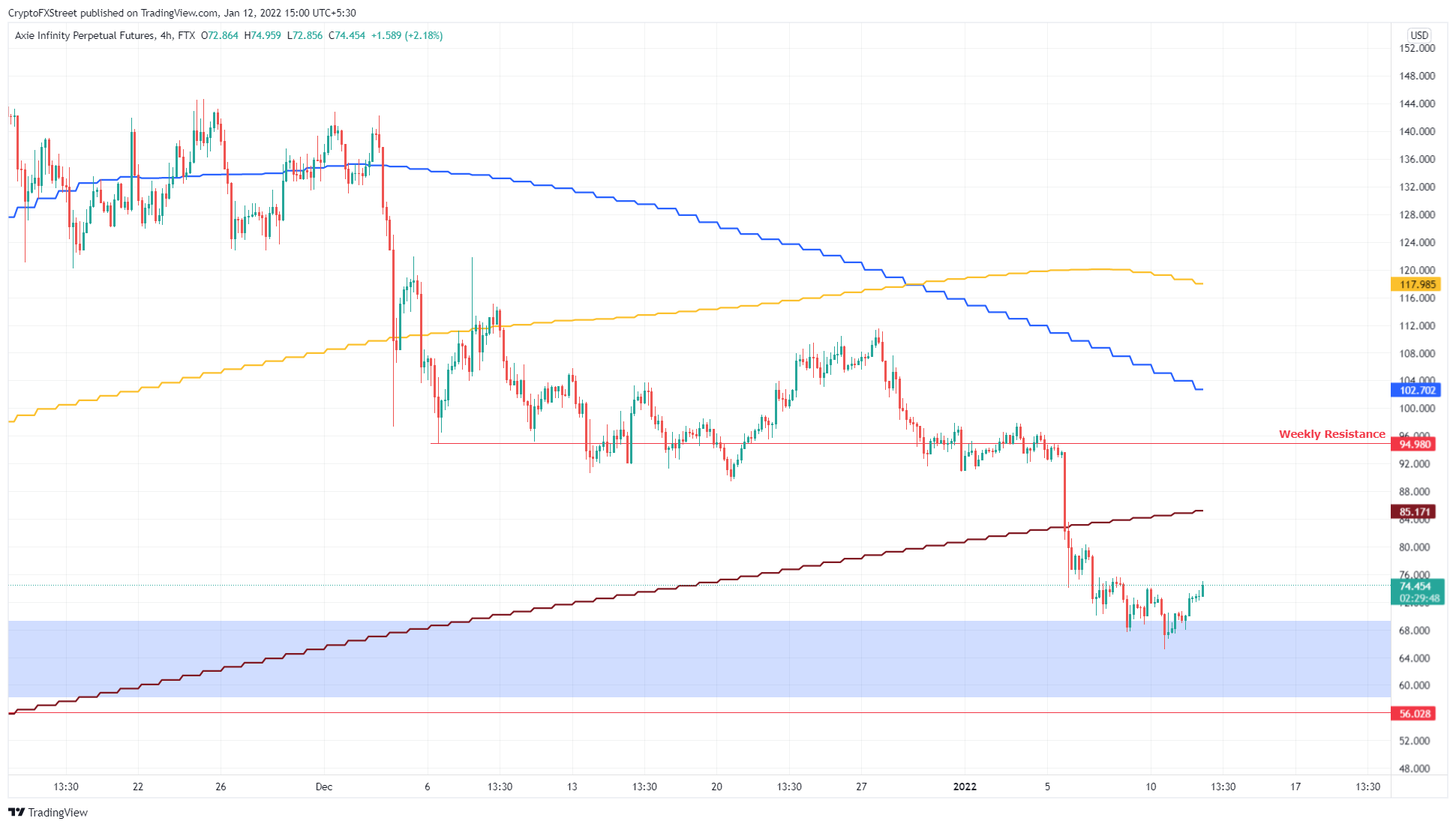 While the bullish outlook seems set in stone, things could quickly turn awry for Axie Infinity price if Bitcoin decides to take a U-turn. Any downswing that pushes AXS to produce a daily close below the 3-day demand zone’s lower limit at $58.22 will create a lower low and invalidate the bullish thesis.

This development could open the path for Axie Infinity price to crash another 5% and revisit the $56.03 support floor.