AVAX price is currently forming a bullish chart pattern that could set a new record high for Avalanche at $174. The token must overcome a series of challenges ahead, including the toughest hurdle at $123, in order for the optimistic outlook to be validated.

AVAX price is producing an inverse head-and-shoulders pattern on the 12-hour chart, suggesting a massively bullish forecast for the token.

However, investors should note that the optimistic target of a 41% rally toward $174 will only be on the radar if Avalanche manages to slice above the neckline of the governing technical pattern at $123.

AVAX price is in the process of forming the right shoulder of the prevailing chart pattern. An increase in buying pressure may see Avalanche reach the neckline, but not without tackling a few hurdles ahead first.

The first line of resistance for AVAX price is at the 50 twelve-hour Simple Moving Average (SMA) at $101, then at the 100 twelve-hour SMA at $105. The 61.8% Fibonacci retracement level will then act as an additional obstacle for Avalanche at $106.

Before approaching the neckline of the inverse head-and-shoulders pattern, AVAX price will also face a headwind at $115, where the 21 twelve-hour SMA and 78.6% Fibonacci retracement level intersect. 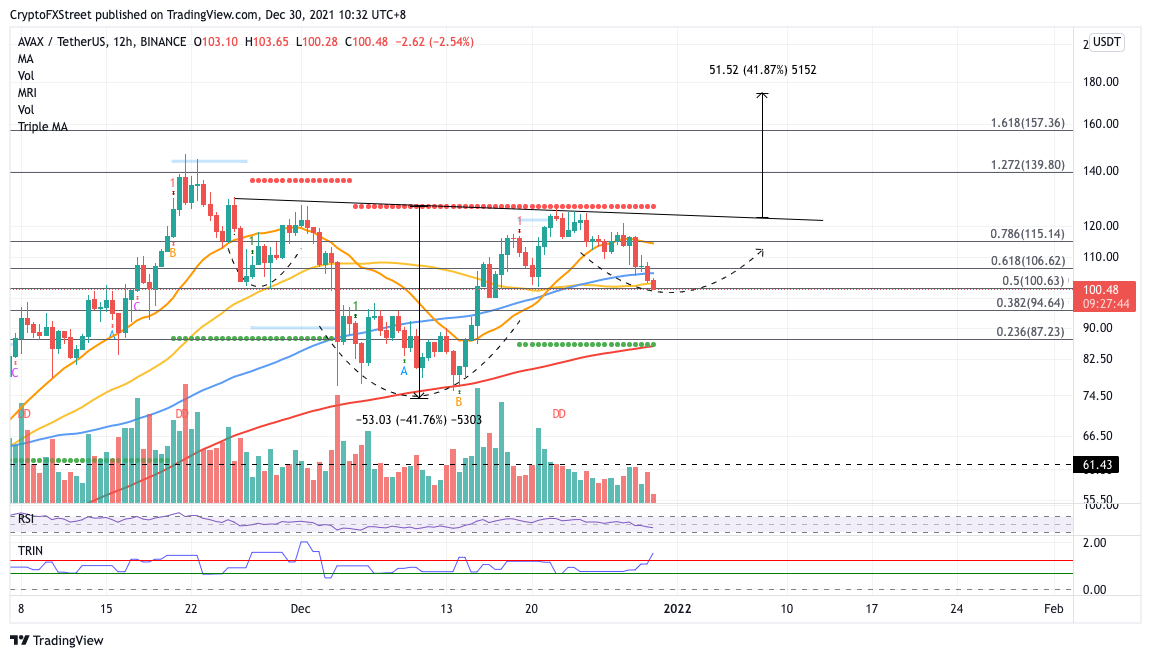 AVAX price will face another challenge at the neckline of the governing technical pattern at $123, coinciding with the resistance line given by the Momentum Reversal Indicator (MRI) before the 41% rally is put on the radar.