AVAX price more than doubled between September 8 and September 23, but since forming its local top on September 23, it has been on a downtrend. While Avalanche has had its fair share of corrections, it seems to have bottomed out and is preparing to head higher.

AVAX price was traversing an ascending parallel channel from September 8, but broke out on October 3. Since then, Avalanche market value dropped roughly 26% to where it currently trades, $50.58. Going forward, investors can expect the buyers to scoop up AVAX and a discount, pushing its price higher. Adding credence to this is the retest of $50.58, which opens up the possibility of a double-bottom formation that forecasts a reversal of the downtrend.

Moreover, market participants can expect AVAX price to rise at least 15% to $65, where it will face a stiff resistance level. Clearing this barrier will open the path for another 15% move to $75.53. In total, this ascent would constitute a 35% climb from its current position.

In some cases, AVAX price could make a run at the buy stop liquidity resting above the $79.68 swing high. 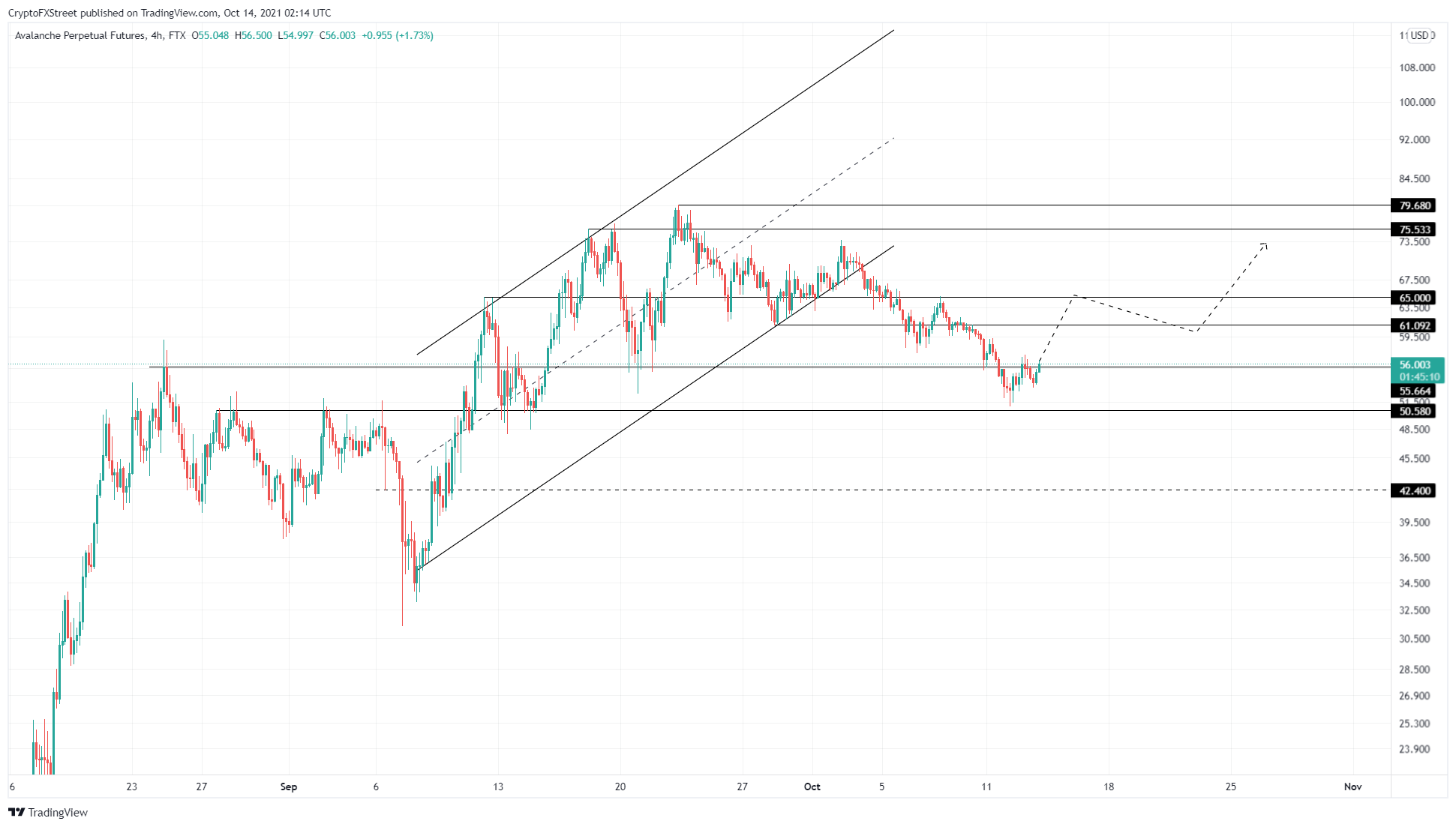 On the other hand, if AVAX price fails to reverse around $50.58, it will reveal that the sellers are not done yet. Such a move might knock Avalanche down to the immediate support floor at $42.40.

However, a breakdown of this level will invalidate the bullish thesis and could trigger additional selling pressure, pushing AVAX price to $34.52 or lower.