Analysts are of the opinion that the price-value disconnect in Avalanche is likely to trigger a rally in the token. AVAX on-chain activity is on the rise.

Since the announcement of $180 million worth of incentives to attract decentralized applications to the Avalanche Network, Trader Joe has seen a consistent growth in trade volume, over $30 million per day (over the past 7 days). 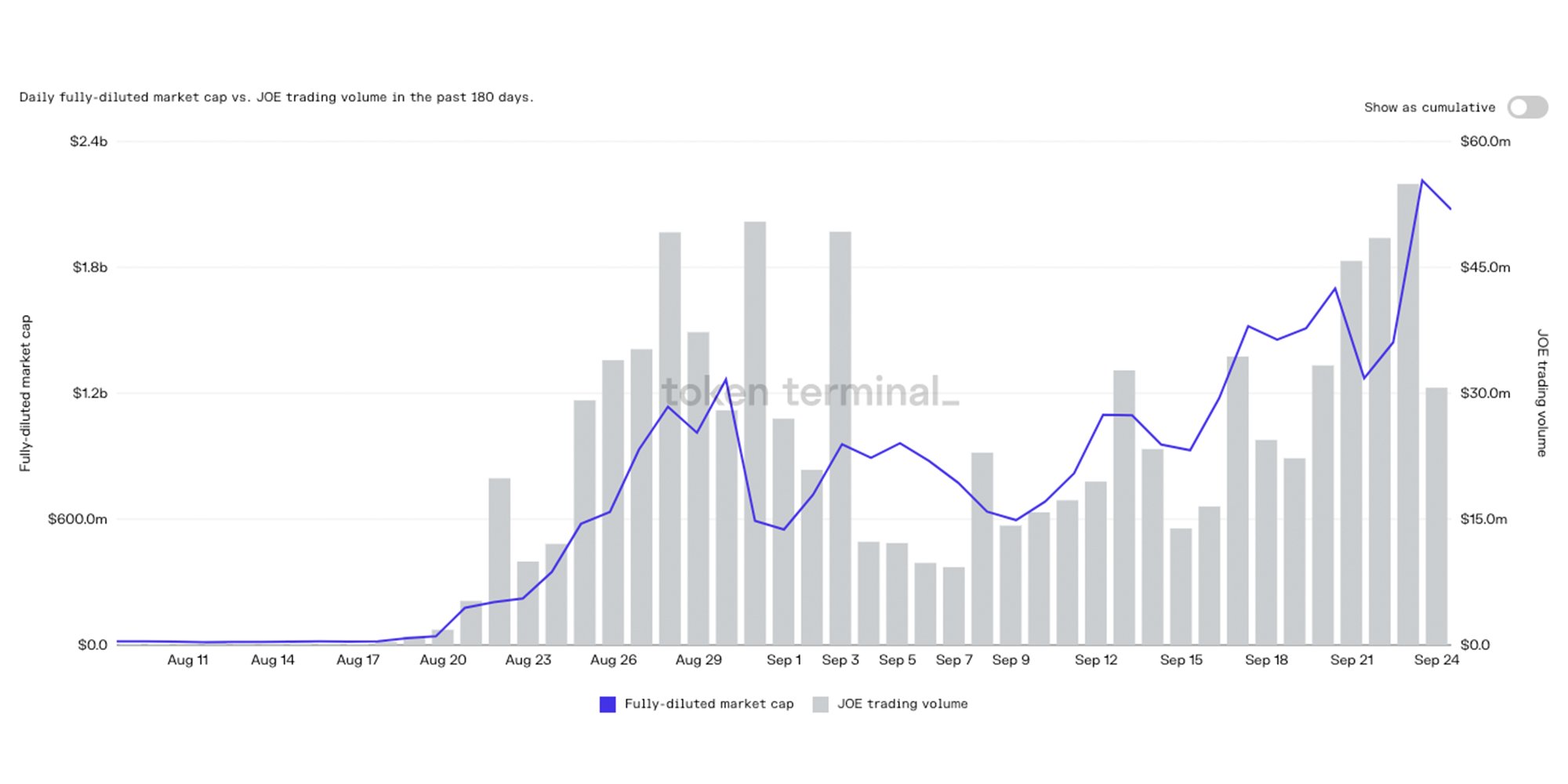 @LomahCrypto, analyst at cryptocurrency trading group The Haven , is of the opinion that the price of Avalanche network’s native token AVAX is disconnected from its value. Dapps like Trader Joe contribute to the rising on-chain activity on the Avalanche network. Therefore, AVAX price is expected to decouple from the rest of the tokens in the ecosystem.

Your job is to identify the disconnect between price and value BEFORE the majority.

There’s a derivative dex doing double/triple the volume as it’s competitors and still outside the Top 100.

AVAX is competing with other layer-1 protocols and poses tough competition for cryptocurrencies in the top ten. Alongside AVAX’s rising market capitalization, Ethereum’s transaction fees have increased. A spike in transaction volume on layer-2 two solutions has increased the gas prices on Ethereum network, as Avalanche prepares for a breakout.

Pseudonymous cryptocurrency trader and analyst @TraderKoz admitted to opening a long position in AVAX, based on the current price action.