AVAX price has been trading sideways since failing to hit the critical $100 price level. Some implied weakness in Bitcoin and Ethereum will most definitely weigh on AVAX, but downside risks should be limited.

AVAX price has been on a steady uptrend since the most recent significant swing low of $51 on October 12th. Since October 12th, AVAX has gained a staggering 90% without a meaningful retest or pullback. The rejection near $100 was the first sign that a pullback may occur – but it has yet to happen.

The Composite Index and Optex Bands oscillators offer some insight into the likelihood of any drop in AVAX price being sustained. The Optex Bands remain near extreme overbought conditions and are just now beginning to slope down and away from those extremes. Additionally, the Composite Index has crossed below both of its moving averages and is at a neutral value area – which indicates any move lower by AVAX is likely to extend for a little while.

Downside risks should for AVAX price should be limited to the $61 value area. The $61 level contains the 38.2% Fibonacci retracement, Senkous Span A and a high volume node in the Market Profile. However, it is possible that AVAX may not test that low and could, instead, find its next swing low at the Kijun-Sen ($75). 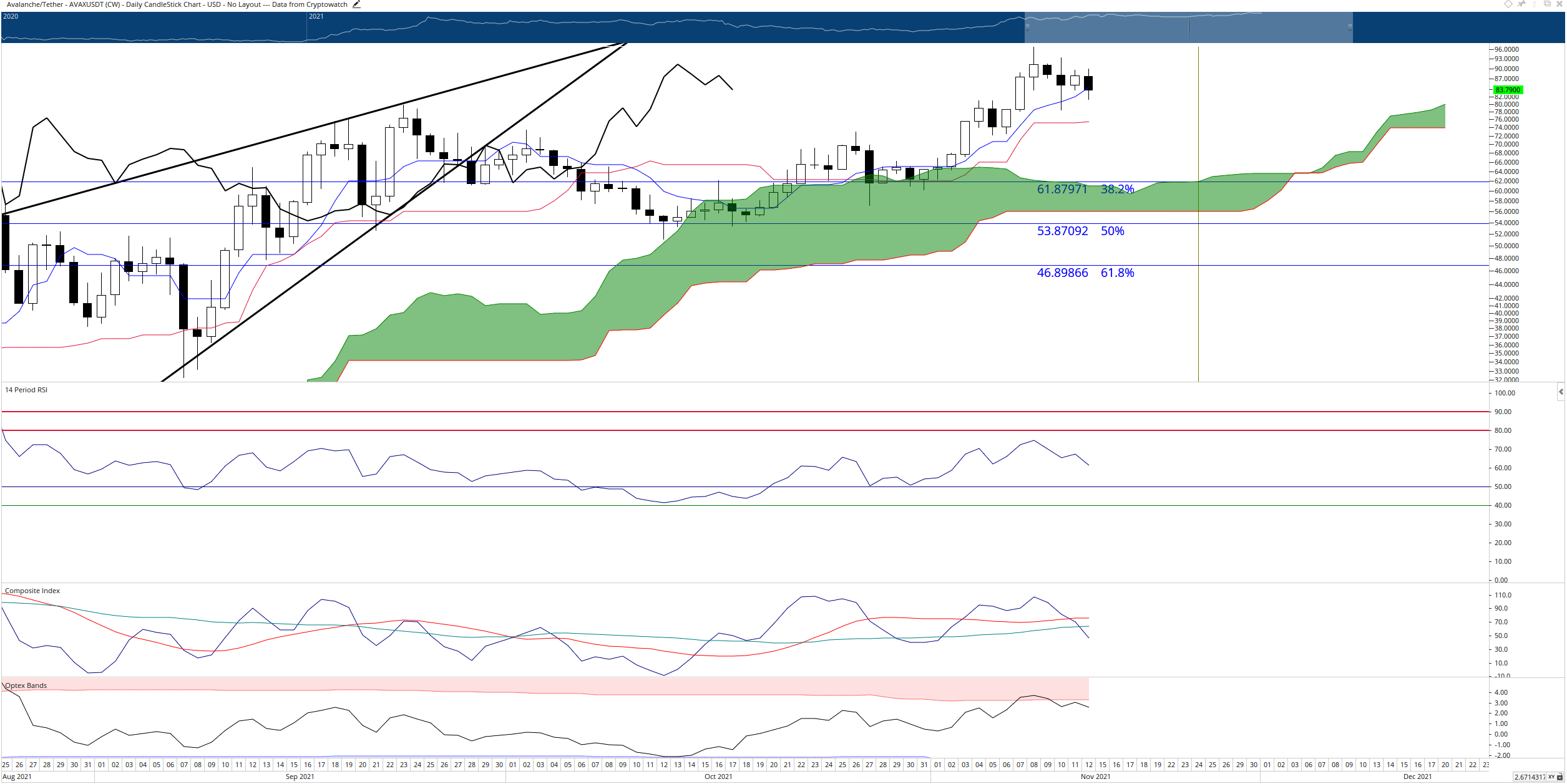 Traders will want to observe any move that hints at AVAX breaking out above the current consolidation that is developing. For example, a daily close above $94 would be an early warning to any short-sellers that a push towards the $100 level is imminent.