Dogecoin (DOGE) price has silently thrown off the yoke of a red descending trend line that has been putting pressure on DOGE price since the end of April. Although price action still looks muted, it is the cue that bulls were waiting for, as bears are trying to push price action back into a downtrend. Now expect to see bulls take the upper hand as a shift on the geopolitical stage could provide tailwinds that help them gain control, with $0.1255 on the front foot as a nearby price target.

Dogecoin price had lost a lot of its feathers from back when it was Elon Musk's next adopted child in his stable of investments. Since the billionaire's interest faded, however, DOGE price had to make it on its own accord, with the headwind of increasing dollar strength in its way. Since price action slipped below $0.1000, several warning lights have come on, but sentiment looks to be changing now that DOGE price has broken out of the red descending trend line.

DOGE price will now try to use the trendline as support to bounce off, allowing bulls to get in long on price action, and squeezing out bears in the process. The first and most significant level to the upside to face is $1.00 as it holds psychological importance and is a historic pivotal level since the high at the end of January. Once bulls can capture the area, expect another phase in the rally towards $0.1255, where a double cap will trigger some profit-taking and stage a short fade, with backtracking price action searching for support somewhere around $0.1200 or $0.1067. 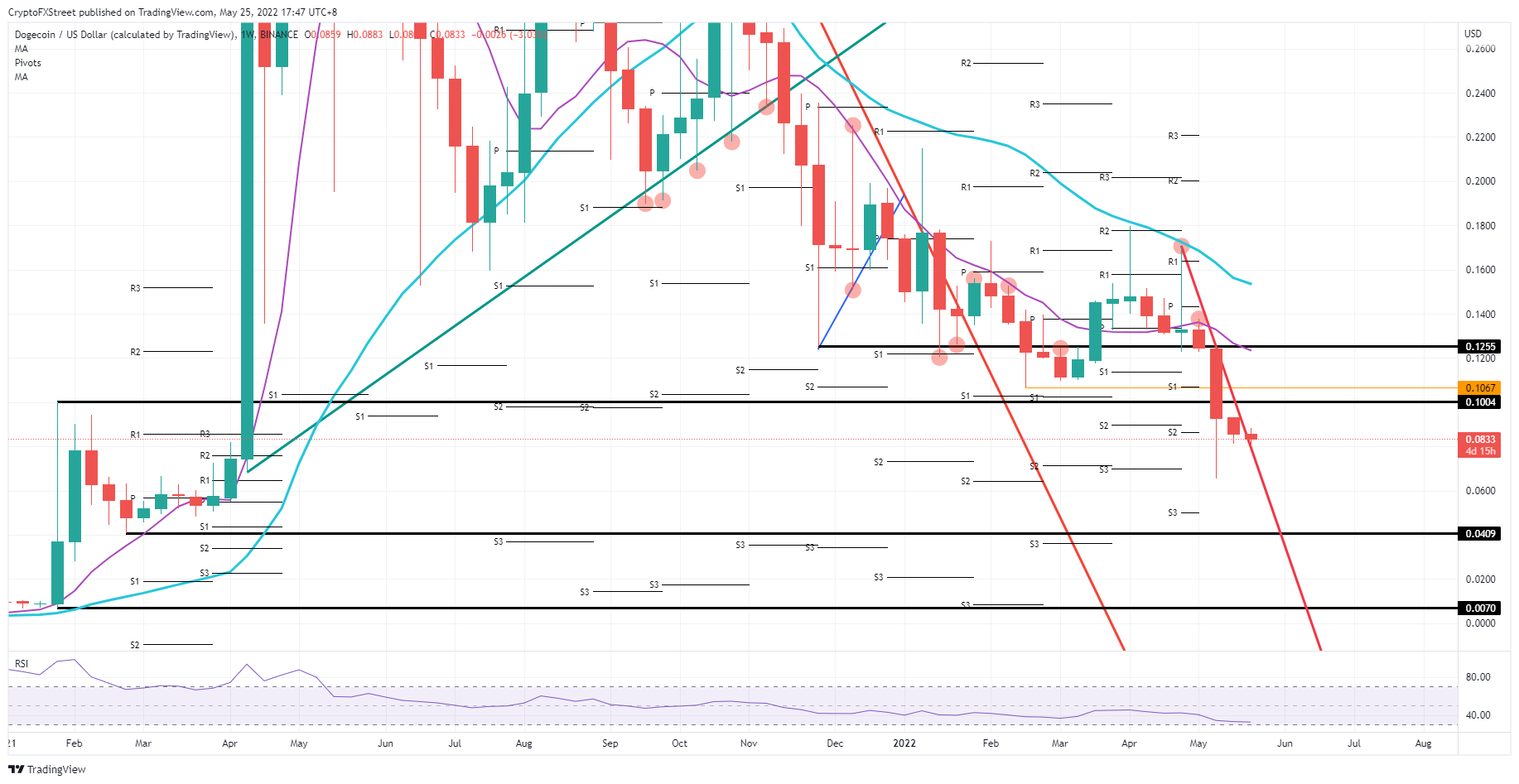 A false breakout at hand could spell the perfect bull trap if price action falls back below the red descending trend line. In such a case, expect an accelerated move to the downside in a squeeze dragging bulls down to $0.0600. At that level a double bottom could form, with 23% incurred losses before dropping towards $0.0409, and adding another 37% to that 23% of already booked devaluation.