XRP price shows an explosive surge in buying pressure that has caused it to run up to retest a significant resistance level. This barrier has prevented the remittance token to move higher for roughly 100 days. If Ripple bulls overcome this barrier, the outcome would be another exponential run-up.

XRP price rallied 12% between September 7 and 12 but faced resistance at $0.360. This run-up was followed by a 10% retracement that formed a base at $0.325. The explosive run-up triggered on September 16 has pushed the remittance token up 20% in under 48 hours.

As of this writing, XRP price is currently retesting the $0.381 hurdle that has prevented Ripple from moving higher since June 11. Therefore, a decisive close above this barrier that flips into a support floor will be a major bullish development.

If successful, XRP price could be another 14% run-up that retests the $0.439 hurdle. However, investors should also make close attention to a potential retracement to $0.360, which could serve as a good entry point for what is next for Ripple. 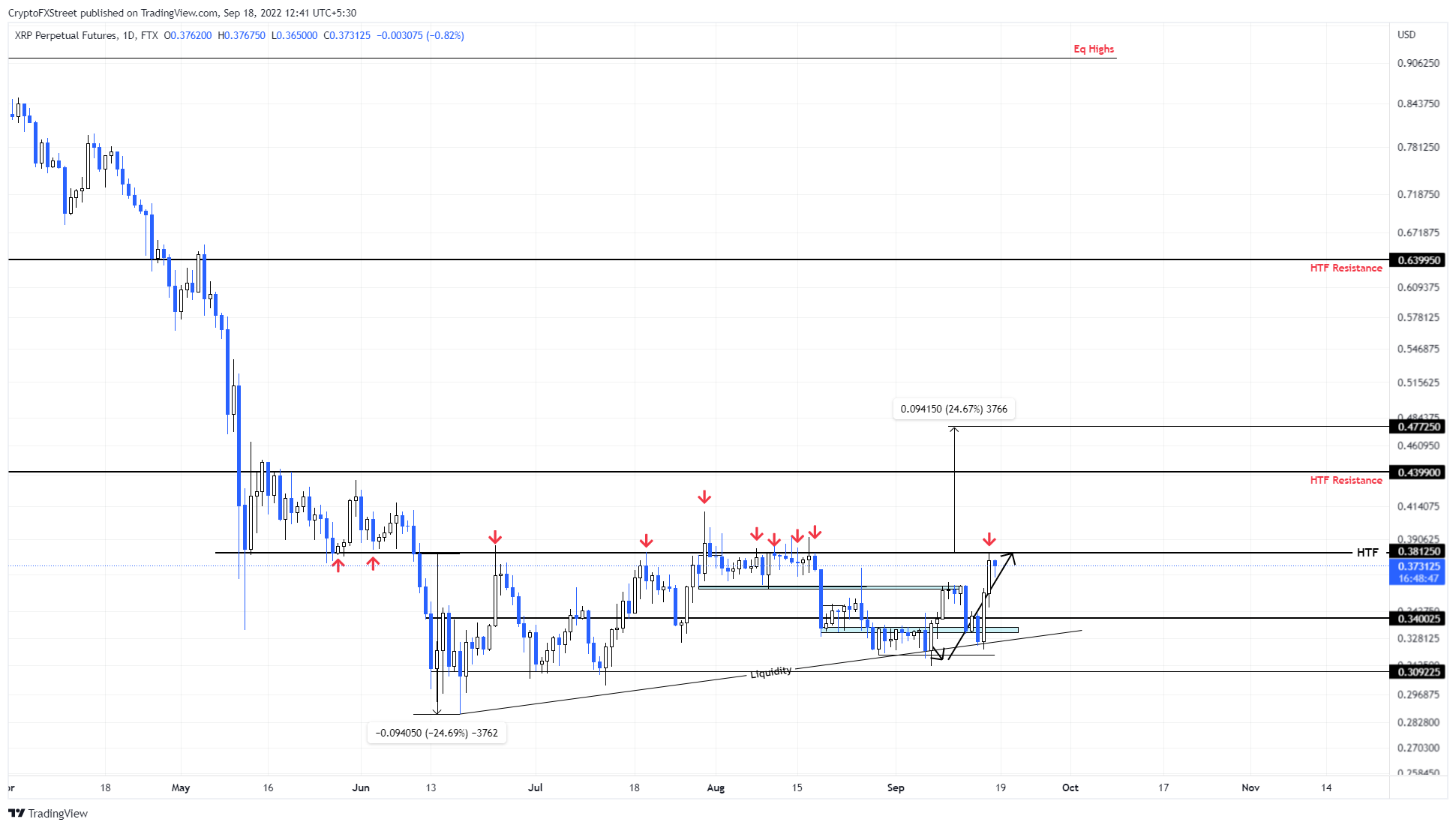 On the other hand, if XRP price fails to overcome the $0.381 hurdle, the $0.360 support floor will be a place for sidelined buyers to get in. A breakdown of this level, followed by a daily candlestick close below $0.357, will create a lower low and invalidate the move to $0.439.

This development could send XRP price back to retest the $0.325. In a highly bearish case, Ripple could revisit the $0.309 barrier,