Shiba Inu’s burn is key to the meme coin’s rally, based on previous instances of mass removal of SHIB tokens from circulation. Over the past week, Shiba Inu whales engaged in massive profit-taking, pushing the SHIB price lower. Analysts believe Shiba Inu price is at a make or break point, at $0.00001310.

Also read: Shiba Inu on fire, another price rally around the corner?

Shiba Inu token burn is considered one of the triggers of the SHIB price rally. SHIB holders consider token burn as an exercise that increases the value of leftover Shiba Inu tokens. This activity destroys SHIB tokens in circulation and permanently removes them, by sending them to a dead wallet address.

Whales accumulated Shiba Inu through the meme coin’s dip in price in the second week of August 2022. Whales shed their SHIB holdings at a time when Shiba Inu price hit a local top of $0.00001732. Massive profit-taking by large wallet investors coincided with Shiba Inu’s rally, therefore indicating that whale activity is an influencer in the meme coin’s price trend.

Peter Brandt is a legendary investor and trader. Brandt recently evaluated the Shiba Inu price trend and argued that the meme coin is ready to decline if it fails to hold above the key price level of $0.00001310. Shiba Inu price is currently close to the $0.00001310, if bulls fails to push SHIB price higher, the Dogecoin-killer could struggle with its recovery. 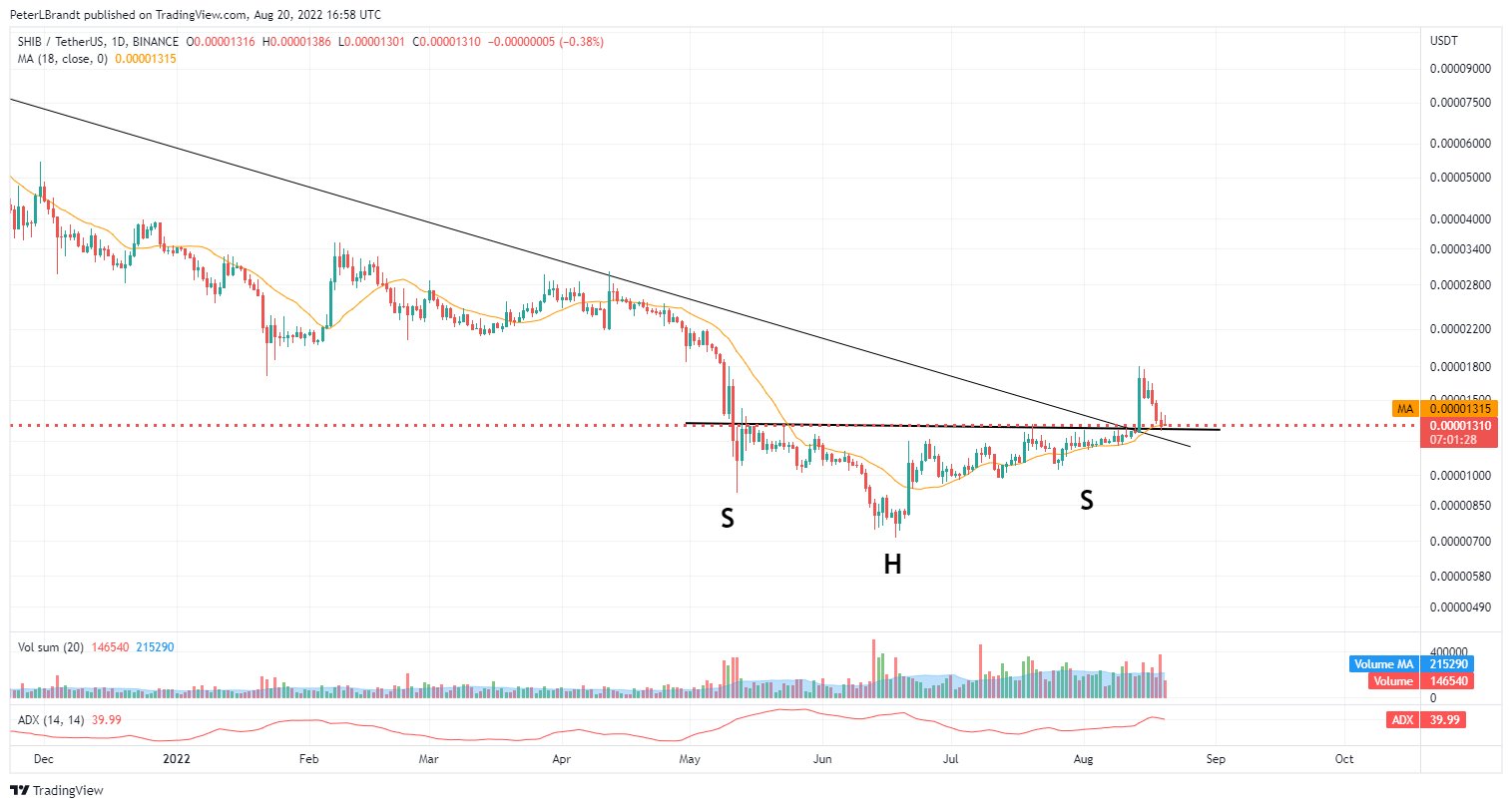