The latest CFTC positioning shows that asset managers have been continuing to add to dollar short positions as a recent string of US data has shown that the US economy is slowing down. In early January the US ISM Services PMI prints showed a sharp slowdown being anticipated by purchase managers and US manufacturing production on January 18 showed a decline to -0.5% vs 1.8% expected. 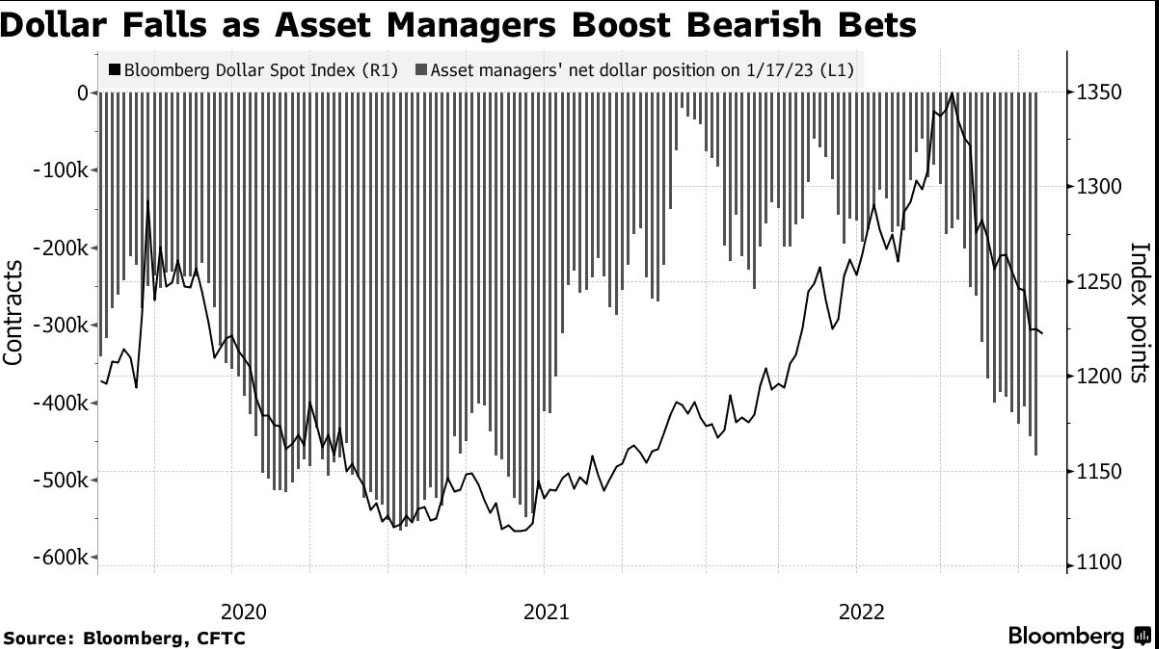 The EUR outlook is further weakening the USD

There has been a recent string of better-than-expected Eurozone data supporting the euro with Industrial Production beating maximum expectations at 2% y/y last week and the Global Services & Composite PMIs at the start of the year coming in above markets’ maximum expectations and nearly in expansionary territory (49.8 and 49.3 respectively). This picture was less clear with this week’s PMI prints which showed a very mixed print. German Manufacturing was lower than expected at 47, but French Manufacturing data was higher than expected at 50.8 vs 49.6 expected. The Eurozone figures as a whole were higher than expected, but the mixed data from France and Germany have something for both the buyers and sellers. However, the chances of the Eurozone avoiding a recession have increased over the last couple of weeks. The next directional nudge is most likely to come from the Fed as long as earnings don’t hold any big surprises. Keep an eye on Tesla’s earnings due out on Thursday.

This will mainly depend now on the communication that we get from the Federal Reserve next week. We are now in the Fed’s blackout period before the decision on Wednesday next week (February 01). The latest sentiment is that the market expects the Fed to start to talk about the signs it will need to see in order to pause rates. So-called Fed watcher, WSJ journalist ’ Nick Timiraos, is often looked at as to what the Fed’s ‘unofficial’ messaging is. This is his latest tweet which affirms the present sentiment: 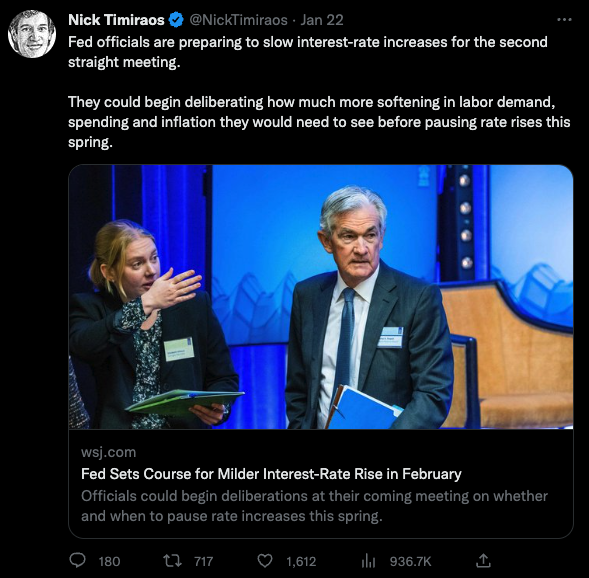 Of course, there are no guarantees that the Fed will discuss pausing rates, but inflation is falling and the US economy is slowing. This means it would make sense for this question to start to be asked. As long as these expectations remain it is not unreasonable for the USD to remain offered into the Fed meeting next week. This could also keep the EURUSD underpinned. 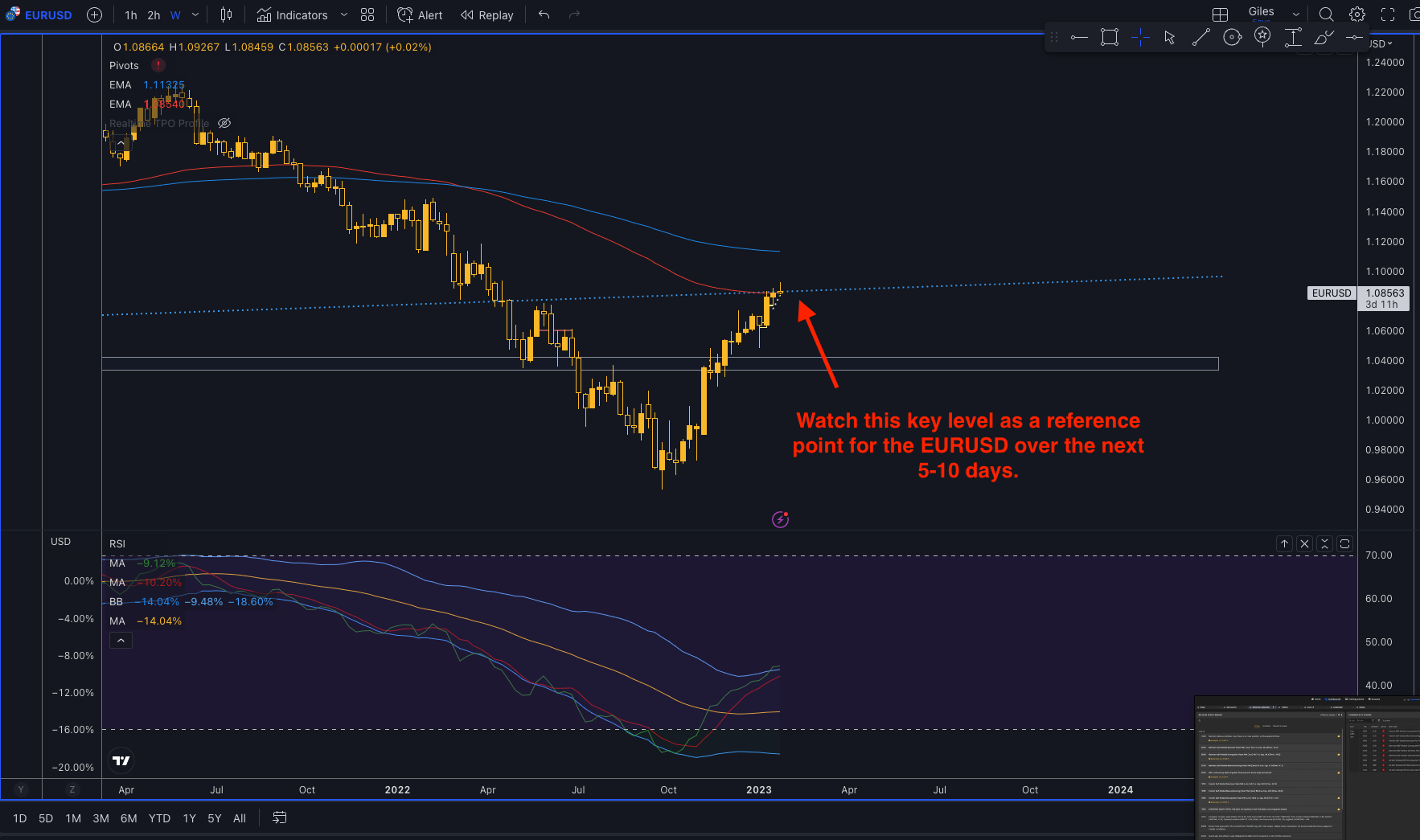