For years the Swiss National Bank called the CHF ‘overvalued’. However, it has now dropped that ‘overvalued’ label in the June meeting and we have seen a flurry of bids come into the CHF. In the latest COT report large speculators, leveraged funds, and asset managers have all cut their short positions.

In June the SNB hiked by 50bps with their first hike since 2007. The SNB is trying to show that it is getting tough on inflation before it really starts to eat into its economy. The next meeting is on September 22 and STIR markets are pacing in an 83% chance of a 50 bps hike. If it does hike in September by 50 bps the SNB will have interest rates back into positive territory.

What’s the outlook for CHF?

The CHF can keep gaining over the medium term due to the following reasons. Firstly, the SNB is acting tough on inflation and this is supportive for the CHF due to the expectations of higher interest rates. Secondly, the CHF is seen as an inflation hedge. If inflation keeps gaining then both gold and the CHF can find buyers in a bid to beat inflation. Thirdly, the return of traditional safe-haven assets with a global slowdown is supportive of the CHF and JPY. Finally, the fact that the SNB has accepted a stronger CHF means that the speculative bids on trying to time SNB intervention should fade.

Look for potential medium-term GBPCHF sellers from any rallies higher in the GBP. The outlook for the UK is worsting as the cost of living crisis and double-digit inflation look to send the UK into a recession for Q4. As long as the varying outlook remains then the GBPCHF should find selling pressure. 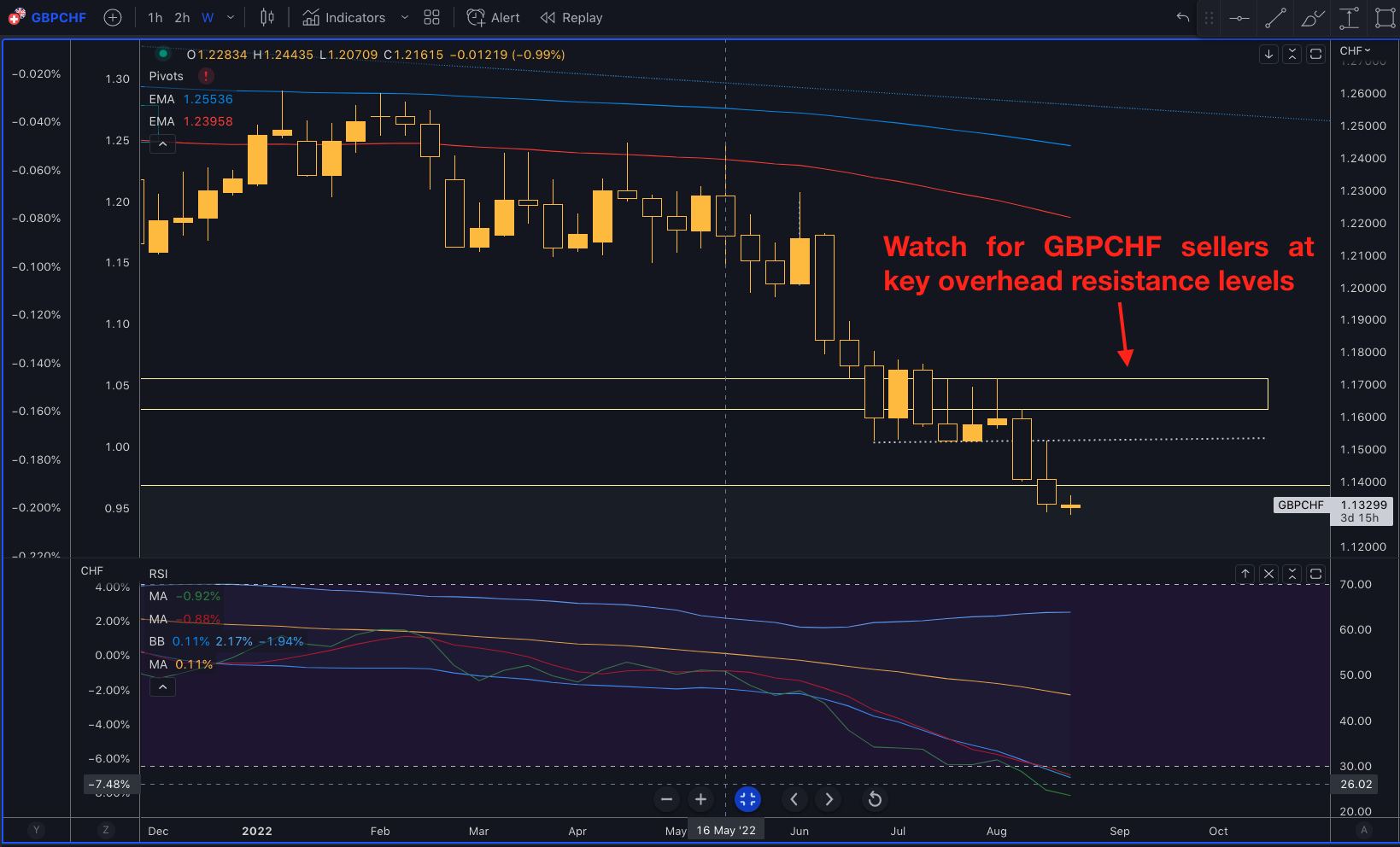