In the previous two parts of this series, we dealt with what monetary policy is, the channels through which it affects the economy and the priorities of Central Banks. In the second addition to this series, we elaborate on which indicators Central Banks focus on when it comes to deciding if policy rates should be changed.

As discussed previously, most Central Banks are really inflation targeters. This means that they will tend to increase policy rates in the case where inflation persistently steps out of hand, whereas, as noted earlier, inflation is usually measured by the CPI index. Hence a persistent increase in the inflation rate would often signify that policy rates are also likely to rise. Note that the increase in inflation needs to be persistent, as one-off hikes due, for example those due to a spike in energy prices or perhaps even effects as prices may have been lower last time, are usually ignored by policymakers.

Further to the inflation rate, Central Banks also closely monitor the wage growth rate. Remember that wages are important in understanding both the supply side as well as the demand side of inflation. If prices increase due to higher demand then workers will demand higher wages to compensate for their loss in spending power. This will put some cost pressure on the firms which may in turn try to further increase prices in the future to compensate for that. Hence, in order to pace themselves for future bouts of higher inflation, wage developments need to be closely observed.

Central Banks also tend to keep an eye on labour market developments, which is another of their priorities. For example, the Federal Reserve itself notes that it monitors developments in the unemployment rate, which measures how many people are able, willing, and actively seeking employment but have failed to obtain a job. The unemployment rate is usually observed in conjunction with the natural rate of unemployment, which is calculated by Central Bank staff but not usually published in countries other than the US. The unemployment rate is not the only important labour market indicator: employed persons as a percentage of labour force, also known as the labour force participation rate, is also closely monitored by Central Banks.

One of the most important numbers is of course that of real GDP. No Central Bank would feel comfortable in increasing policy rates when GDP has been growing very slowly as it could hamper the economy’s prospects. Finally, labour productivity, popularised by Fed Chairman Alan Greenspan in 1990s, is also closely watched before a change in the policy rates. Higher productivity could provide a justification for higher production and hence explain why, for example, GDP may be growing by much faster than the inflation rate. In contrast, if productivity is stale, then inflationary pressures may accumulate in the economy. Naturally, Central Banks which also take exchange rates into consideration, the currency’s performance in the markets would also fare as an indicator of future policy rate changes.

An example of how monetary policy reacts to changes in the indicators specified above can be found in the figure above. The Federal Reserve did not begin to raise interest rates until December 2016, when average earnings (blue line) were growing a stable rate, higher than the price level (green line). During that period, the unemployment rate was below 5%, continuing to remain so until September 2018. Furthermore, bank lending was growing fast, at more than 8% monthly. Hence, the Fed reaction was to tighten the leash on the economy, and increase policy rates. Note that the gradual increase in policy rates does not halt the economy, as the path of inflation, unemployment and wages shows, but gradually reduces the growth rate of loans. Nonetheless, notice that despite the gradual increases in the interest rates, from 1.25% to 2.25% presently, loans appear to still increase by more, reaching 5% on an annual basis. As such, monetary policy, while pursuing a tightening strategy, still has room to go if it really want to slow down the growth in lending, and this could perhaps indicate that more rate hikes can be expected in the future.

This sums up the indicators used by Central Banks to gauge whether it is time to move interest rates. Recently, Central Banks have actually aimed at signalling how many interest rate changes will take place in the coming year or quarters. Such tactics, often called “unconventional monetary policy” will be elaborated upon in the fourth part of these series. Stay tuned! 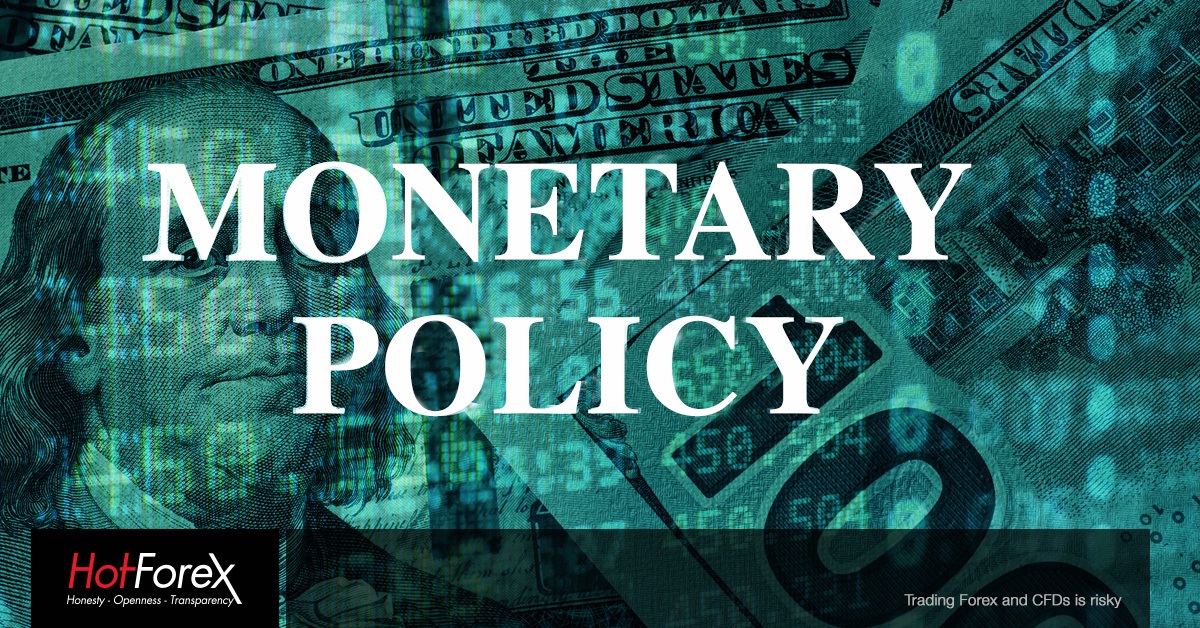