The bulls are still looking at the breakout above 109.70 and hoping for conviction in the move to develop. With momentum indicators all around their medium term turning points, this is still not a breakout that can be taken for granted. Yesterday’s only mild gain on the day, along with an early slip back this morning will not help to settle the nerves either. We have noted recently that in the past four months, all of the breakouts have been followed by retracements. Often there will be maybe 30/50 pips of breakout, only to be followed by a corrective slip back again. Yesterday’s high of 110.20 runs the risk of being another near term peak. Momentum indicators are losing their impetus again, with the RSI tailing off between 60/65, whilst similarly the Stochastics are rolling over and MACD lines are losing momentum. Watch support at 109.70 initially, as a closing breach would be a disappointment now. The hourly chart shows hourly RSI around 40 and MACD lines around neutral. Breaching these levels would add to the corrective momentum threatening this morning. A move back above 110.20 would dispel fears of an unwind and re-open 110.65. 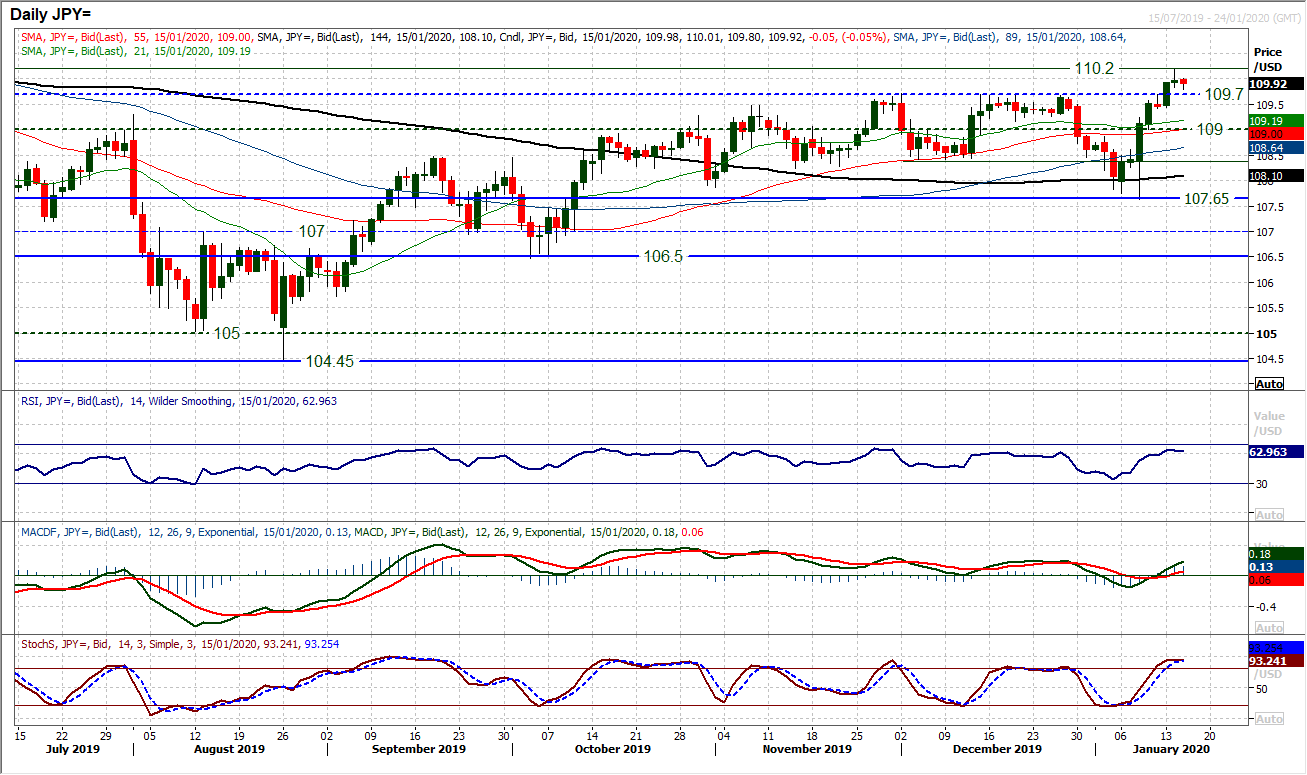