There is still a degree of uncertainty over the market reaction to the US/China mini trade deal, but it was interesting to see weakness on Dollar/Yen bought into yesterday. The safe haven yen did not make a big bounce back that would have come were the market to have had outright disappointment from the meeting. Subsequently, the resistance around 108.50 remains under pressure, having been tested again early this morning. A close above 108.50 would really open the way for a test of the key early summer pivot band 109.00. Looking at momentum indicators, the improvement seen through a MACD bull cross above neutral is just beginning to lose a little traction now, but the bulls are still well positioned to test resistance levels. There is a support in the band 107.75/108.00 now and the hourly chart shows RSI supported above 40 and MACD above neutral. Weakness is still a chance to buy. 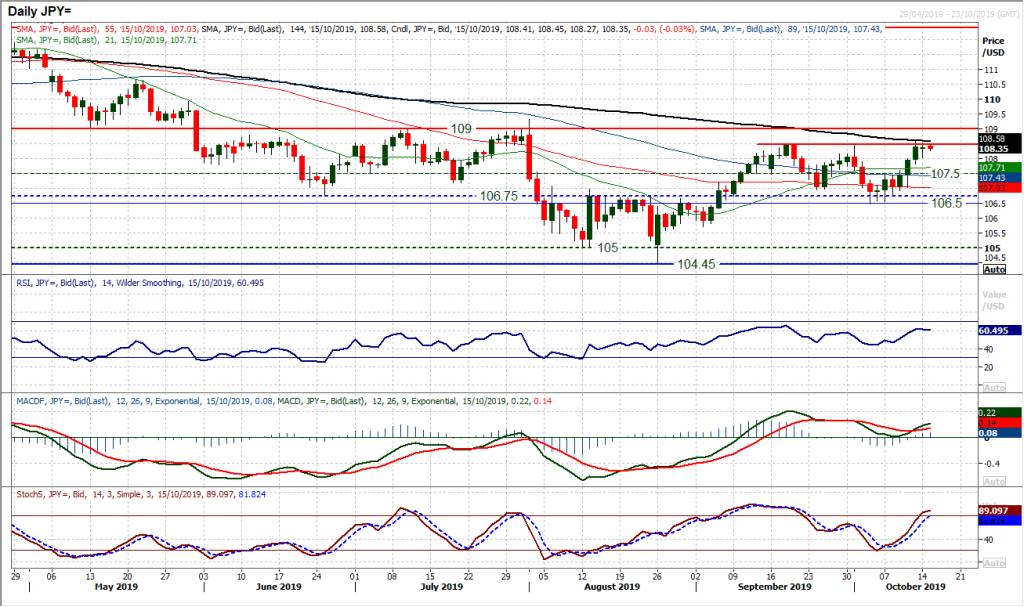 The risk-on sentiment emerged as the main market driver starting out the week, amid a quiet Asian affair, in the absence of relevant macro news. US dollar remained on the back foot, as the coronavirus vaccine optimism continued to dull its safe-haven appeal.