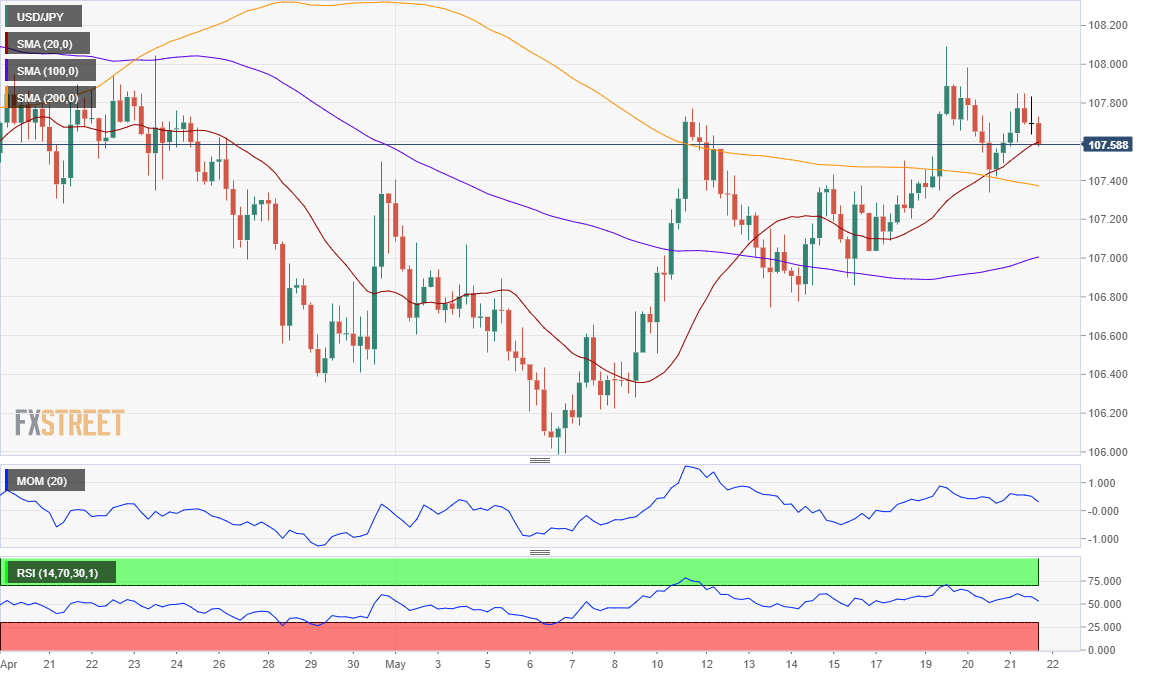 The USD/JPY pair recovered the ground lost on Wednesday during the last few sessions, ending the day at around 107.60. The pair peaked at 107.84 during Asian trading hours, later easing on the back of rising risk aversion. Japanese data released at the beginning of the day was mixed, as the April Merchandise Trade Balance came in at ¥-930.4B much worse than anticipated. Exports were down by 21.9% while imports decreased by 7.2%.

Also, the preliminary estimate of the Jibun Bank Manufacturing PMI came in at 38.4 in May after printing at 41.9 in April, indicating a sharper drop in output and hinting a steeper downturn ahead.  On a positive note, the government decided to lift the state of emergency in three prefectures this Thursday, amid decreasing coronavirus cases.

This Friday, the BOJ will have a special monetary policy meeting, in which they will probably announce another set of measures to support the local economy. The country will also publish its National inflation figures for April. The annual CPI ex-fresh food is foreseen at -0.1% from 0.4% previously.

The USD/JPY pair is losing its bullish stance, despite holding near its recent highs. The 4-hour chart shows that the pair is barely holding above its 20 SMA, which maintains its bullish slope above the larger ones. The Momentum indicator, in the meantime, crossed its mid-line into negative territory, while the RSI is directionless at around 55. The pair would need to break below 107.30 to be able to extend its slide this Friday.