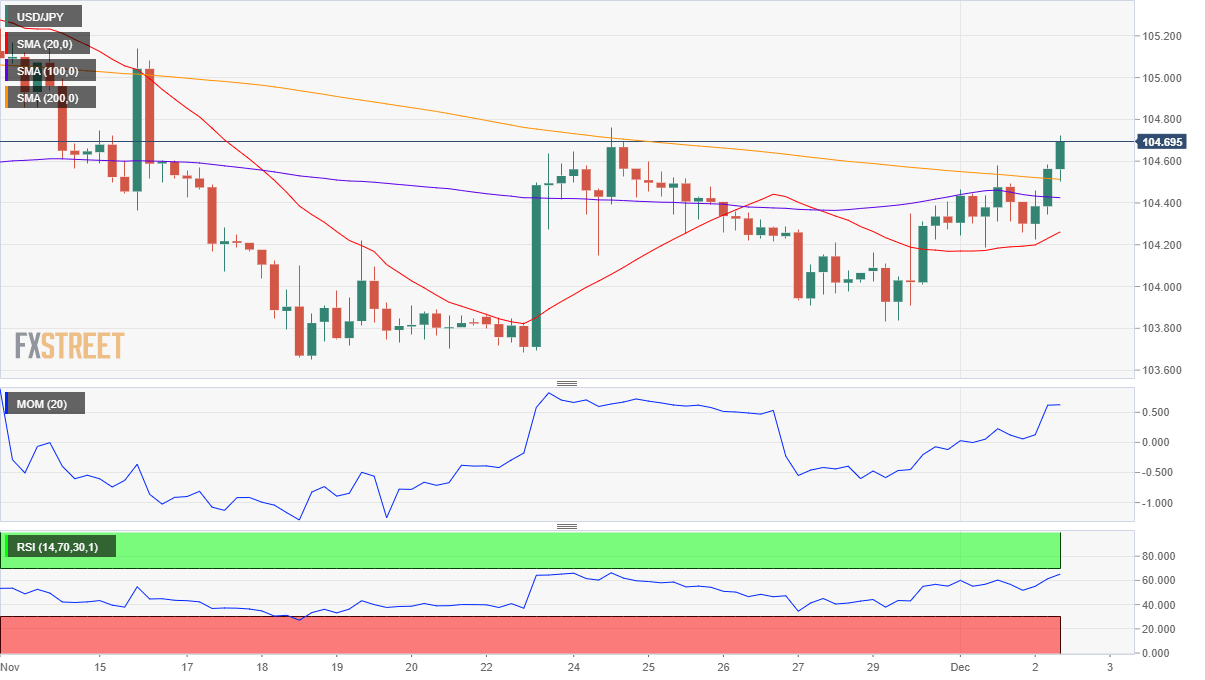 The USD/JPY pair trades at daily highs near the 104.70 level, as optimism continues to support the greenback against its Japanese rival. Brexit-related headlines are partially overshadowing the market’s good mood, as EU’s chief negotiator Michel Barnier reported that talks are still stuck around fisheries and a level playing field.

Equities trade mixed, while US Treasury yields hold around weekly highs, with the lack of momentum there capping USD/JPY advances. Data wise, Japan published its November Monetary Base, which improved by less than anticipated, up by 16.5% YoY. Consumer Confidence in the same month, however, surprised to the upside, improving to 33.7 from 33.6 against an expected drop to 29. The US will publish today the November ADP survey on private job creation, foreseen at 410K from 365K in the previous month.

The USD/JPY pair has broken above its 200 SMA in the 4-hour chart for the first time since mid-November. The shorter moving averages remain below it, lacking directional strength. Technical indicators approached overbought levels before losing directional momentum, now consolidating near their daily highs. A daily descendant trend line coming from March high stands at around 105.30, providing resistance.