Following a 3% contraction in February, due to severe weather conditions, Retail Sales in the US is expected to increase by 5.5% in March. However, analysts see the Retail Sales Control Group, which is used to prepare the estimates of Personal Consumption Expenditures for most goods, declining by 0.9% in the same period.

When the US Census Bureau announced on February 17 that Retail Sales in January surged by 7.6% to beat the market expectation of 5.8%, the greenback gathered strength against its rivals as this upbeat data confirmed the stronger-than-expected pace of economic recovery in the US. Moreover, the Retail Sales Control Group jumped to 8.7% from 0.8% in December. Reflecting the positive impact of these readings on the USD, the US Dollar Index (DXY) gained 0.5% on a daily basis. 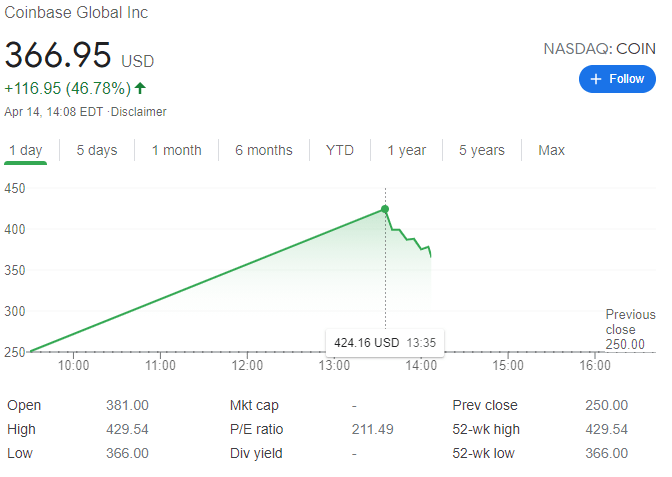 Similarly, a print above 5.5% could provide a boost to the buck. In addition to the improving weather conditions, the disbursement of stimulus payments is also seen as a factor that could ramp up sales figures. Although a larger-than-expected growth in sales could support the USD in the near term, investors will pay close attention to the Retail Sales Control Group to assess the potential impact on inflation.

In an interview on the CBS news magazine “60 Minutes” on Sunday, FOMC Chairman Jerome Powell adopted a relatively cautious tone. “We don’t want inflation to go up materially above 2% and go back to the bad, old inflation days,” Powell said but reiterated that a one-time increase in prices was unlikely to cause the Federal Reserve to change its policy stance.

Following a sharp drop in the previous week, the benchmark 10-year US Treasury bond yield started the new week on a firm footing and climbed to a weekly high of 1.701% on Tuesday. However, after the data published by the US Bureau of Labor Statistics revealed that the annual Core Consumer Price Index (CPI) edged higher to 1.6% in March from 1.3%, yields turned south. Consequently, the DXY slumped to its worst level in three weeks below 92.00 as this report suggested that the feared spike in inflation was yet to materialize.

The DXY could regain its traction if the 10-year US T-bond yield manages to advance beyond the key 1.75% hurdle. Nevertheless, the Retail Sales report by itself is unlikely to trigger such a move and it wouldn’t be surprising if the market reaction remains short-lived.

Major pairs to watch for

The EUR/USD pair closed above the 200-day SMA, which is currently located around 1.1900, for the fourth straight trading day on Tuesday. Additionally, the Relative Strength Index (RSI) indicator on the daily chart rose to its highest level since January near 60. In case the greenback remains on the back foot after a disappointing Retail Sales report, EUR/USD could target 1.2000 (psychological level) and the 100-day SMA at 1.2050. On the other hand, a daily close below 1.1900 could attract sellers and drag EUR/USD toward 1.1850 (20-day SMA).

At the end of March, the USD/JPY pair touched its highest level in a year at 110.96 and staged a deep correction that dragged the price below 109.00. USD/JPY is arguably the most sensitive major currency pair to movements in US T-bond yields. A sharp spike toward 110.00 (psychological level) in the pair could be witnessed if Retail Sales figures help yields push higher. On the flip side, the previous resistance of 108.50 now acts as the next target on the downside ahead of the 108.00/107.80 area (psychological level/50-day SMA).

The GBP/USD pair had been struggling to capitalize on the selling pressure surrounding the USD. Hence, the pair could face a relatively strong bearish pressure if the Retail Sales report the greenback. On the downside, the initial support is located at 1.3700 (100-day SMA, psychological level) before 1.3670 (Apr. 9, Apr. 12 low). Near-term resistances align at 1.3800 (psychological level, 20-day SMA) and 1.3860 (50-day SMA).

EUR/USD holds on to daily gains in the 1.2050 region after better-than-anticipated US employment-related data. Initial Jobless Claims decreased to 498K in the week ended April 30.

GBP/USD trades around 1.39 after a choppy reaction to the BOE

GBP/USD is trading around 1.39 after an 80-pip move around the BOE's "Super Thursday." The bank announced a slowdown in buying bonds but no change to the overall scope. US jobless claims and elections in Scotland are awaited.

Gold surges above $1,800, highest since February

Gold has extended its gains and has finally broken above the psychological barrier of $1,800. XAU/USD bulls had previously been rejected at this level.

US Nonfarm Payrolls April Preview: When the economy booms, its all about rates

The US labor market’s stars appear aligned for April.The economy is expanding rapidly, employers are confident and consumers eager to throw off the restraints of the past year.