Unemployment filings are expected to continue at nearly a million per week even as California lifts its lockdown that has helped drive job losses.

Continuing Claims have fallen to the lowest level of the pandemic as more recipients lose their benefits or return to work than are filing for new assistance.

Payrolls have mirrored the surge in claims, falling as filings rise, but the correlation is not specific month to month.

Nonfarm Payrolls were 610,000 in October and the four-week moving average for claims was 788,500. Payrolls dipped to 336,000 in November even though the claims average continued lower to 740,500. Here, the two middle weeks of the month averaging 767,500 were more predictive than the first and last weeks which averaged 713,500.

Claims have remained at a much higher level in January with the four-week average at 848,000 on January 15 and, as above to 871,250 in the coming week. Nonetheless, the payrolls forecast for January, due February 5, is 85,000, better than the December prediction notwithstanding the claims average being considerably higher.

Despite no significant improvement in the hospitalization or ICU usage rates, Governor Gavin Newsom on Monday rescinded stay-at-home orders across the state, allowing restaurants to reopen outdoor dining and removing restrictions on travel. 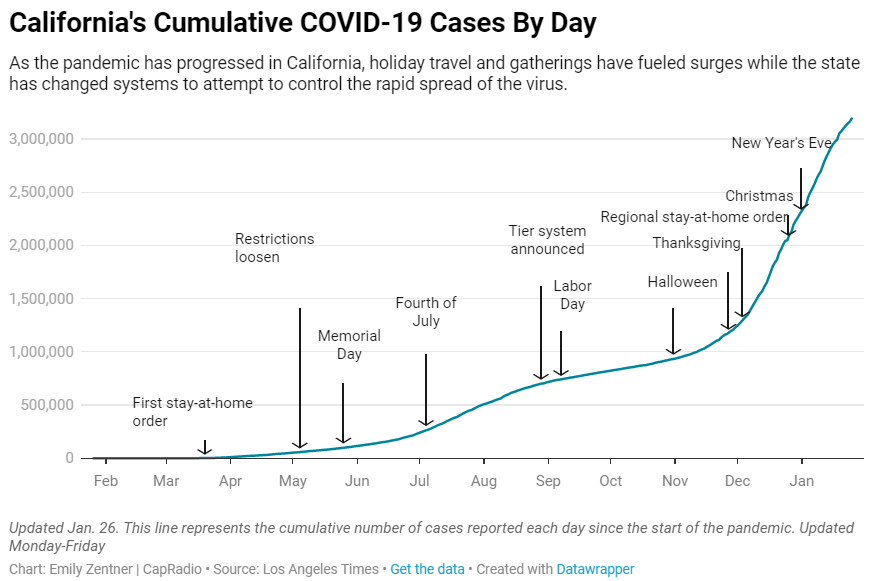 The original criteria imposed in December specified that in order to reopen a region must have 15% availability in its ICU capacity. At least two of the state's five regions were below that threshold on Monday.

California had been under the strictest lockdown in the US since December which had does little or nothing to halt the spread the of the virus. The government's efforts to administer the vaccine have met with a supply shortage that has delayed roll out plans.

Governor Newsom is being challenged by a recall petition that had gathered about 75% of the necessary signatures to qualify for the ballot. In 2004 California voters successfully removed Democrat Gray Davis and replaced him with Republican Arnold Schwarzenegger.

Because California's economy is the largest in the US, 14.5% of total GDP, it has an out-sized effect on national numbers. If California returns to work the noatinal number will reflect the improvement.

The dollar's New Year recovery has been modest and based on three factors.

First Treasury rates have have increased. The 10-year bond has gained the 1% level for the first time since March. It is not the size of the increase, just 10 basis points from late December, but that for the first time credit markets are beginning to price an economic rebound in the quarters ahead. 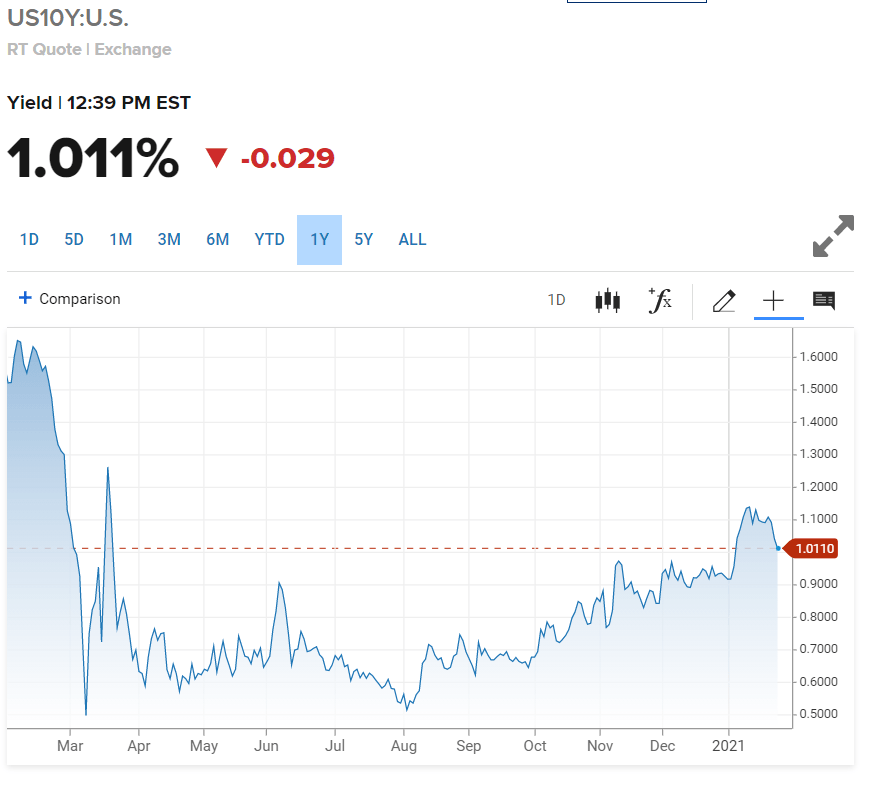 Second, the Biden administration is expected to complete a $1.9 trillion stimulus package in the weeks ahead, providing an extra $1400 in individual and family stipends.

Third, the COVID-19 vaccine roll-out is still projected to permit the return of normal economic life sometime in the second or third quarters.

These assumption have not been changed by the rise in unemployment claims and the loss of payroll jobs in December. Markets will remain keyed on the recovery until it is confirmed or not by the data.

When and if these expectations are reflected in the data, the dollar will rise.

EUR/USD is paring back gains towards 0.9900 in early European hours, as German Factory Orders disappointed with -2.4% in August vs. -0.7% expected. The US dollar licks its wounds amid a better market mood. Eurozone data and ECB minutes are awaited.

GBP/USD is reversing towards 1.1300, as investors digest Fitch Ratings downgrade to the UK sovereign ratings amid political and economic woes. The pair shrugs off a risk-on market profile and a broadly subdued US dollar. US data next of note.

Gold price is attempting a bounce as US dollar holds lower ground with yields. Market remains upbeat despite a lack of clarity on the Fed rate hike outlook. XAU/USD eyes $1,735 on a sustained break above the 50 DMA barrier.

Is the recent S&P 500 rally sustainable?

Can we trust the recent rally? The market just rallied +5.7% in two trading days. Bulls argue that the rebound could push even higher as the start of Q3 earnings season starts up next week.