Recession, what recession? Fears of a downturn have been dominating the headlines in recent weeks, and the upcoming Gross Domestic Product (GDP) report, to be released on Thursday at 13.30 GMT, is set to put this talk to a halt. But, by how much has the United States economy grown in the past quarter? That is the critical question for markets.

Economists expect the first release of output figures for the latter quarter of 2022 to show an annualized expansion of 2.8%, slower than the 3.2% clip recorded in the three months ending in September. There are three reasons to expect a better outcome.

The Atlanta branch of the Federal Reserve (Fed) provides timely estimates of growth according to incoming data. Its final pre-GDP-release figure stood at 3.5%. 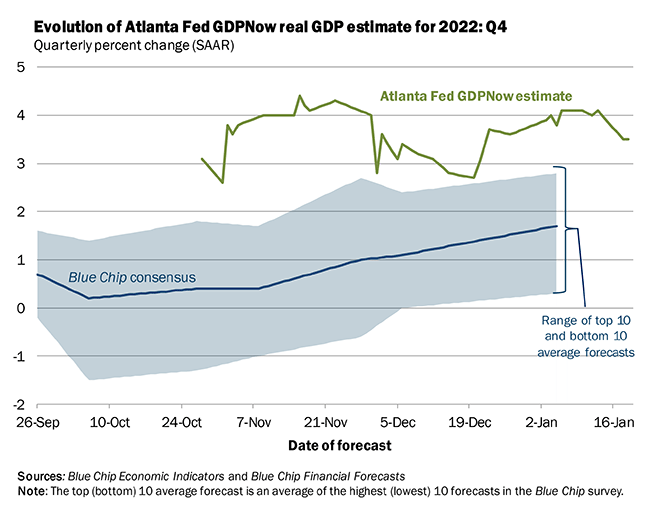 Not only is it substantially higher than what the economic calendar shows, but it also points to an acceleration. The bank's GDPNow model has been fine-tuned over the years, becoming more accurate. It is hard to imagine such a substantial gap.

The Fed's interest rate hikes are working – and so are improvements to supply chains and sensible consumers. The headline Consumer Price Index (CPI) has dropped from a peak of 9.1% YoY in June to 6.5% in December. A substantial part of that deceleration happened in the final months of 2022.

Gross Domestic Product refers to real output – the US Dollar-based product minus the effect of inflation. With slower price rises, the increase in real GDP is higher. While forecasters have taken that into account, they still foresee the GDP Price Index to come out at 3.2% – that seems too high, especially after headline CPI dropped in December. 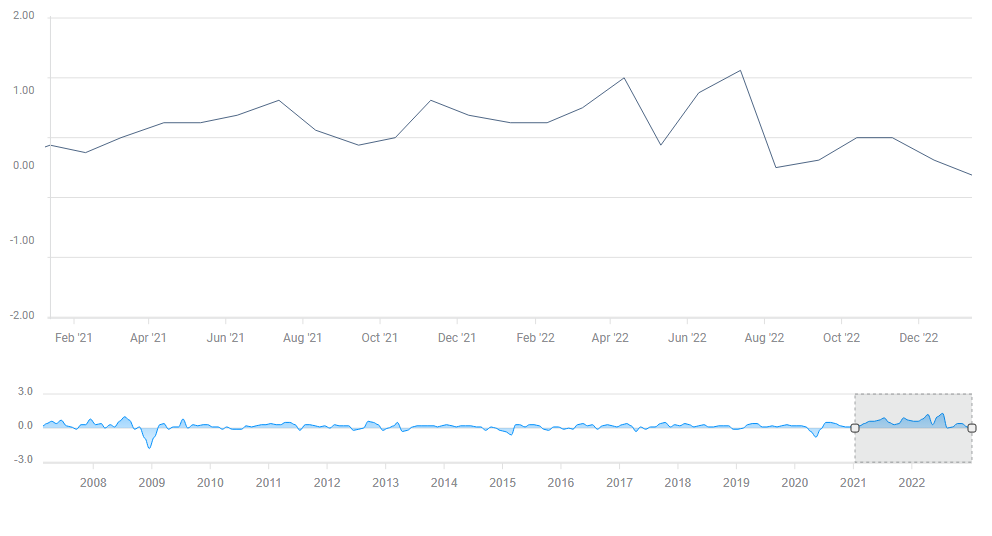 The world's second-largest economy is China, and its covid zero policies restricted its economic activity and contributed to falling inflation. However, Beijing dismantled restrictions related to the virus, and went further with loosening its grip over the property and tech sectors.

The moves happened in mid-November and proceeded at a dizzying clip. I doubt economists have fully taken the impact of the reopening on the US economy into account. It could yield an upside surprise, especially in the exports component of GDP.

While the United States has a trade deficit with China, a small bump in exports to the Asian giant can increase GDP..

An economy that is growing stronger is one where prices could rise faster – and inflation is the focus of the Federal Reserve. Moreover, such a robust economy can absorb higher interest rates.

Stronger GDP could trigger an upswing in the US Dollar and weaken stocks, which need lower borrowing costs to thrive. The reaction could be magnified by the Fed's blackout period, in which officials refrain from speaking ahead of its decision. The US central bank is set to raise rates by 25 bps next week.

The first release of GDP historically has an outsized impact on markets. In the past year, investors have been reacting strongly to every economic indicator, implying substantial volatility in response to this publication.

The EUR/USD pair is attempting to build a cushion below 1.0900 in the Asian session. The major currency pair has shown wild moves in the past two trading sessions led by Federal Reserve’s (Fed) interest rate decision-inspired volatility.