The first 12 days of 2021 has been interesting for the US Dollar. In a January 4 summary by Bloomberg News, firms like UBS, TD Securities, Societe Generale, Pictet, Morgan Stanley, Lombard Odier, Mizuho, JPMorgan Asset Management, ING, Goldman Sachs, Fidelity, and BNP Paribas all assume that the Dollar will soften in 2021. A majority of firms also think that emerging market FX will gain.

The rationale is easy to understand. The new US president, Joe Biden, will likely boost US fiscal stimulus with almost one trillion USD, the equivalent of nearly 4.5% of US GDP. The abundance of Dollars will lower its value. However, as an old trader can testify, it is probably past its expiry date when an idea gets too mainstream.

Another idea proposed by the top banks is to buy emerging market currencies. With so many of them saying that it is a good idea, it appears to be a foolproof trade. However, if we look at how many of the top EMFX pairs have traded at the start of the year, we see them losing out instead of gaining. 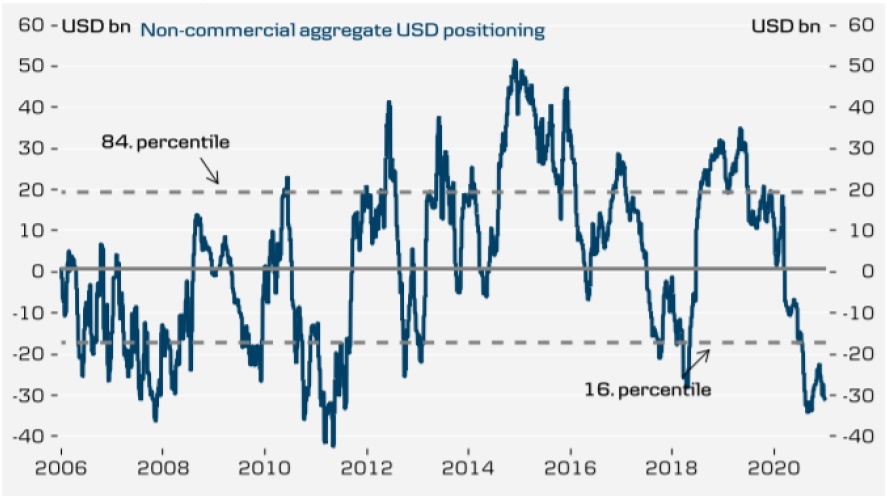 Another telling sign is gold prices. Jon Ossoff and Raphael Warnock winning the Georgia Senate runoffs should have sent gold prices higher. Also, the soft December Non-farm payrolls figures should have done the same. Instead, gold prices slid by 12.94% from their January high.

The sharp rise in the US ten year government bond yield from 0.913% on January 5 to 1.168% on January 12, can explain the drop in gold prices. But traders being too short USD is also a good explanation. The next significant resistance level for interest rates could be the June 2016 low of 1.317%. The rise in yields can also be the driver of the Dollar turning higher in 2021.

So should we take outright long positions in the Dollar? I think that could be premature, given the strong downtrend in the dollar index (DXY). However, a break to December 9 high of 91.21 could be the start of a revival of the Dollar. 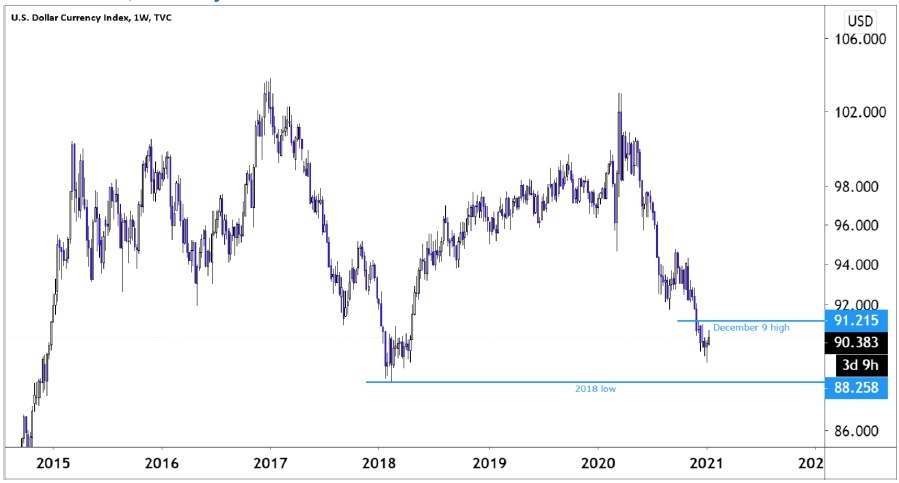