The Fed inferred a "one and done" type of approach to rate cuts, but the market is predicting otherwise.

We learned from the last Fed meeting that the first interest rate cut in a decade was simply retracting the December 2018 rate hike. It is not the beginning of a long-term rate cut cycle. Nevertheless, the market is not "buying" it. Treasuries, Fed Fund futures, and eurodollar futures (3-month interest rate products that trade like CDs in overseas banks)are all pricing in at least one and a good probability of three or four rate additional cuts by March 2020.

Although we appreciate the Fed's newfound inclination to act preemptively, we believe three or four rate cuts from here is ludicrous. Accordingly, the Treasury and interest rate product rallies should run out of steam sooner rather than later. Stocks, on the other hand, will probably start looking at fewer rate cuts as a positive outcome, not a negative. Keep in mind, current equity market pricing is already accounting for multiple Fed interest rate cuts. 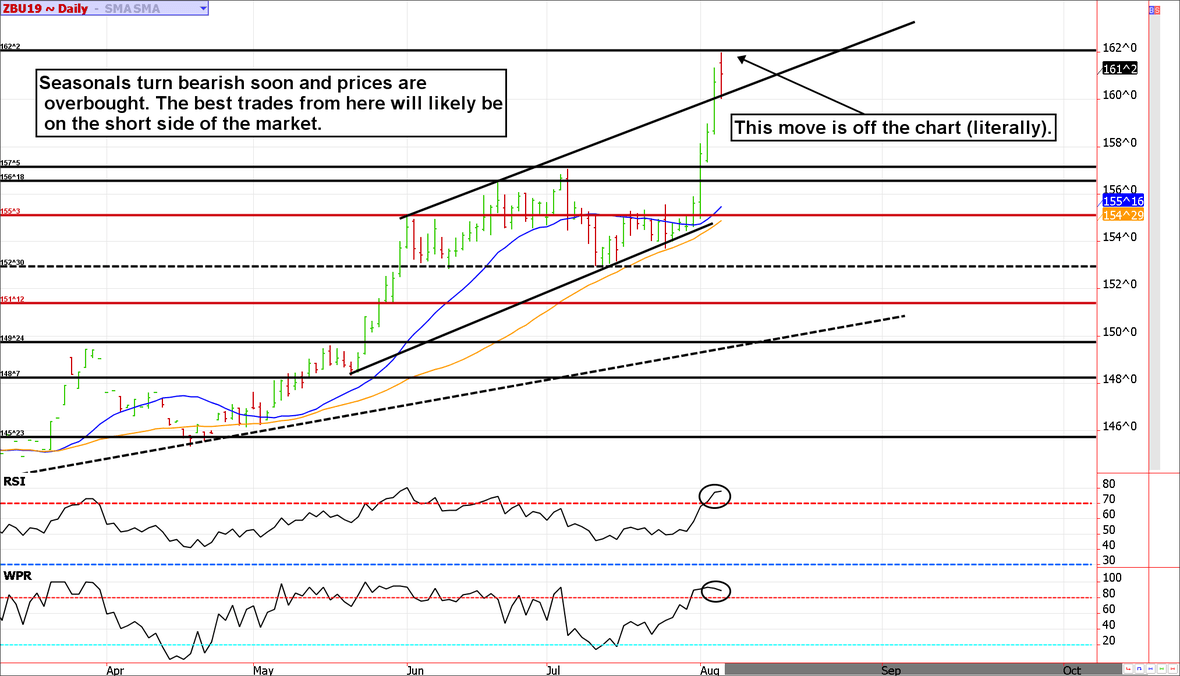 Treasuries were awakened from a slumber.

The recent run in Treasuries is being attributed to the Chinese trade war and a flight to quality bid as investors scrambled to sell stocks. However, we also think it was due to a short squeeze. In fact, it could have been the type of short squeeze that marks the end of a trend. Keep in mind, market panic is generally at its highest as trends are climaxing.

We are bearish on bonds, notes, and eurodollars. Not only do we believe the Fed will fail to deliver on three to four rate cuts, but we think interest rates are ignoring stable economic fundamentals. While it is clear US Treasuries will likely be held up by overseas investors seeking yield, we doubt recent gains can be held.

We've turned bearish and are looking for a retracement into the mid-150s in the ZB or the 127'0 area in the ZN. 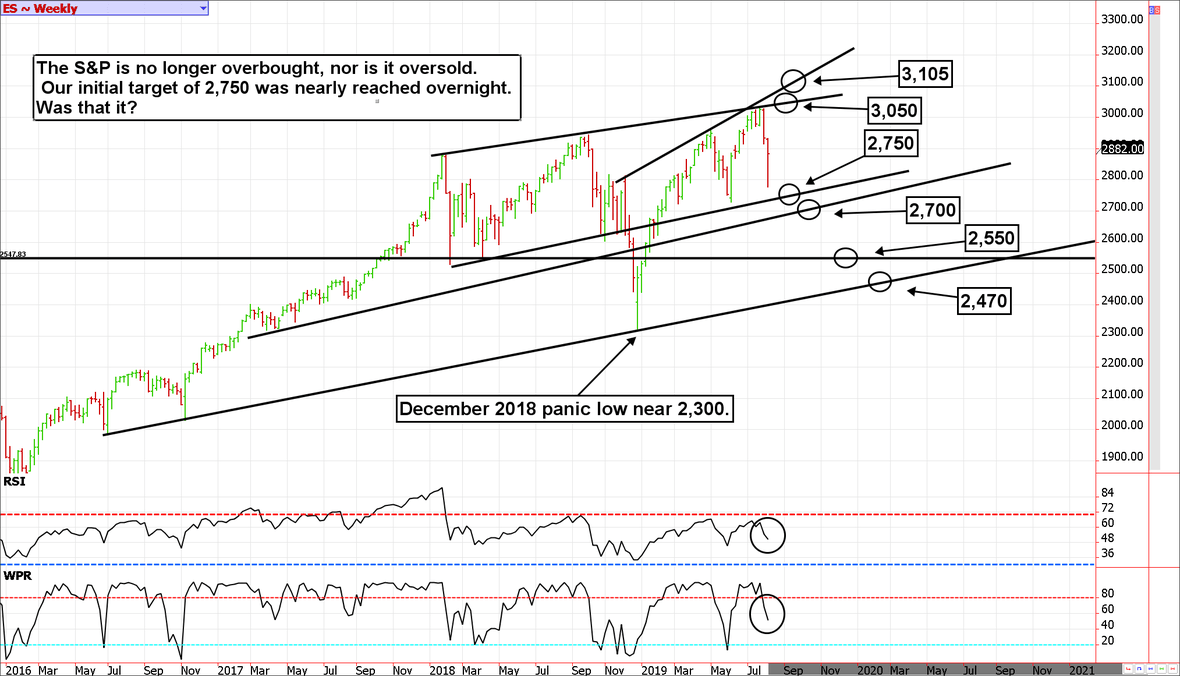 A few weeks ago we went "Off the Charts" with Jim Cramer to point out the possibility of a stock market correction (click here to review:https://www.decarleytrading.com/learn-to-trade-commodities/720-is-the-stock-market-due-for-a-correction-jim-cramer-and-carley-garner-find-out.

At the time, our charts were suggesting a normal pullback would see the mid-2700s. Last night's low was 2,775 leaving us wondering if that was "it". The chart pattern nearly completed itself. While we would feel much better if 2,750 had actually printed, we have to respect the fact that a natural correction has occurred and could very well be over. The bulls should look for large dips in the coming week or two for opportunities (if they get it). Ideally, we would love to see 2,750.

We've gone from being bearish on rallies to looking for lower prices to get bullish on dips.

July 12 - Exit short 127 call in the ZN at a moderate profit (which mostly offsets the losses on previously established hedges).

August 1 - Exit short call spread in silver to lock in a profit of about $400 before transaction costs.

Seasonality is already factored into currentprices, any references to such does not indicate future market action.